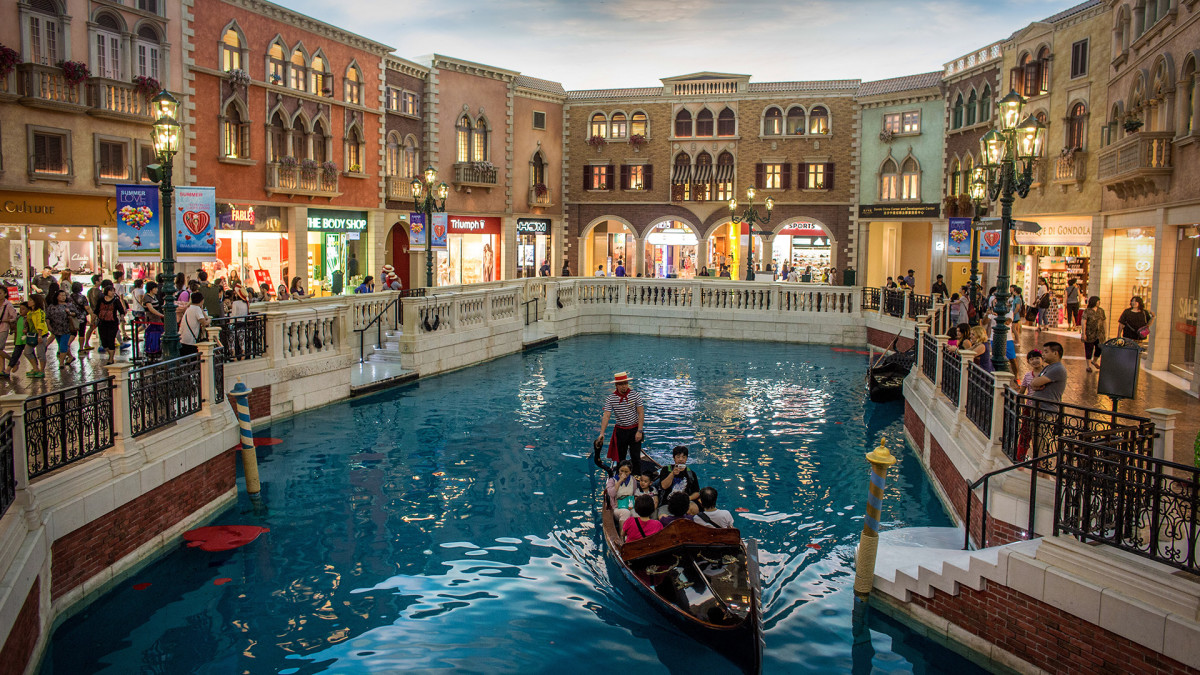 The Las Vegas Strip has everything from virtual reality (VR), to augmented reality (AR), and sometimes even actual reality (that might be a bit augmented given the cannabis laws and how freely liquor flows in Sin City). If you want a bar devoted to giant candy-based cocktails, a place to play virtual sports, a venue to see a virtual Whitney Houston concert, or a vending machine that sells cupcakes, well, you won’t even have to walk half a thousand.

When you walk through the wonderland created by Caesars Entertainment (CZR) MGM Resorts International (MGM) Wynn Resorts (WYNN) , and other Las Vegas Strip casino/resort operators, you can find pretty much any food, activity, or entertainment you can dream of. Realistically, you may also stumble on a few things you never knew existed (day clubs) and a few you thought had long passed into history (Donny Osmond, live at Harrah’s).

And, now Las Vegas has become one of the sports capitals of the world. That includes having its own NHL team, the Golden Knights, the NFL’s Las Vegas Raiders, and major events including Formula 1, the NFL Draft, NBA Summer League, and more. Those, of course, are all watchable events, not ones where tourists can get in on the action, but now the Las Vegas Strip is about to welcome a new sport that you actually play (which having a drink).

Lots of bars have a dartboard, but devoting a bar to the sport of darts is a relatively new thing. Flight Club, which currently has three locations in the United States, plans to bring its fourth to the Grand Canal Shoppes at The Venetian.

“The 16,000-square-foot space pays homage to British pubs and fairgrounds, with a modern twist. Flight Club features 20 nights [the line dart players stand behind] with traditional oak dartboards and leather banquette seating, a central 27-seat carousel bar, three semiprivate spaces for groups (each with their own oches), and striking art throughout,” the Las Vegas Review-Journal reported.

The Las Vegas Strip Becomes a Home for Innovation

While a darts bar may just be a modern take on a classic offering, the Las Vegas Strip has become home to all sorts of experimental ideas. That includes e-sports venues, a variety of AR/VR experiences, and the striking MSG (MSGE) Sphere, a unique performance venue, which will have U2 as its first headliner.

With a price tag of at least $1.3 billion, the venue is a 366-foot-high steel sphere that will “be covered with about 580,000 square feet of fully programmable LED panels, forming the largest LED screen on Earth,” according to the Las Vegas Review-Journal. “The 17,500-seat venue will have a high-resolution display plane, which is larger than three football fields, the world’s largest beam-forming audio system with more than 160,000 speakers and it will deliver superior sound to every seat in the house.”

The venue will serve as a pilot program for the company perhaps building more Spheres around the country or even the world.