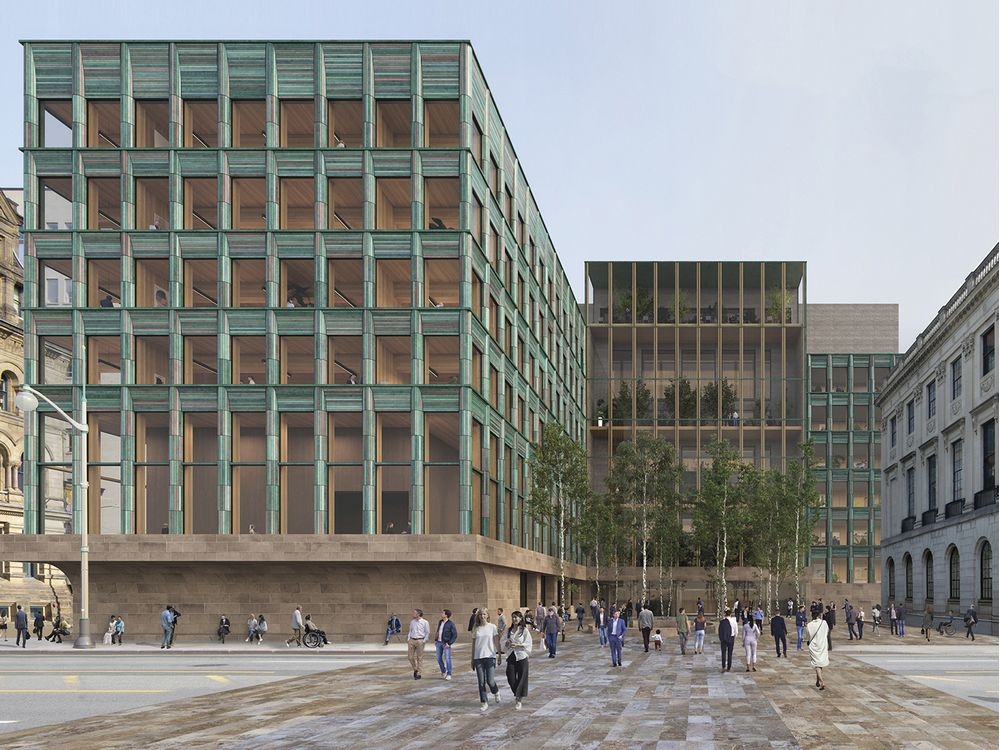 BEST THEY COULD DO?

I have a question for the Block 2 design committee: What is wrong with you? Have you ever been to Washington, Rome, London, Sydney, Moscow? If not, please go — go now, go quickly before your boring design becomes a fait accompli.

You took the name Block 2 literally, so that’s what you designed: a block. What’s that, you say? The Block has copper window casings? Be still my beating heart. It’s still a block.

Just like the addition to the Château Laurier, this design shows no innovation, no energy, no oomph. Same old, same old for Ottawa. We who are jogging the bill deserve better; much, much better.

Quebec’s language bill is draconian, to say the least. Premier François Legault, and I think a good portion of Quebec citizens, are still thinking separation. And the rest of Canada doesn’t seem to care what their fellow English-speaking Canadians are going through in La Belle Province.

I say let them go their own way, but keep the island of Montreal and the lower mainland. And, when they do separate, I hope the rest of Canada drives a hard bargain. Let’s hope they take pretty boy with them. Good riddance to both!

(Hope you’re not holding your breath.)

NOT ONE MADE THE CALL?

West-end communities to lose pedestrian bridge for LRT line! Wow, yet another in the continued series of city-led LRT fiascos. The bridge is to be demolished, but the replacement has to be re-engineered due to a major underground utility line. Have these highly paid, highly educated “geniuses” never heard of the “call or click before you dig” service that we gardeners must use?

In the real world, heads would roll, people would be fired, damn the ever-constant, poor excuses. Oh, well, it’s just taxpayers’ money, there’s plenty more where that came from, they say as they shrug their shoulders and point at one another.

Jimbo’s great legacy dream has been and continues to be a horrible nightmare. Unfortunately, this nightmare has become a reality. This time just because no one bothered to make that one simple phone call. Sigh, it appears the inmates are running the asylum, again.

(If the project was halted until the new bridge was ready, that would spur complaints, too.)

Re: ‘THERE’S GOING TO BE MORE VERMIN’: Pay-as-you-throw trash system could force residents to rethink garbage day, online edition, May 17

Sky-high fuel prices, insane carbon taxes and now let’s gouge these poor peons some more by putting a price tag on each (extra) garbage bag put out to the curb. A spokesperson for Waste Watch Ottawa said that Canadians are a compliant bunch and follow rules, so there is no real concern about illegal dumping of trash. Yes, Canucks have been known to follow along with the rules, especially when the pandemic lockdowns arrived, but, when it comes to hitting their wallets, I predict that many will be taking a few road trips to giant dumpsters and large rural ditches.

(You’re probably right about that.)