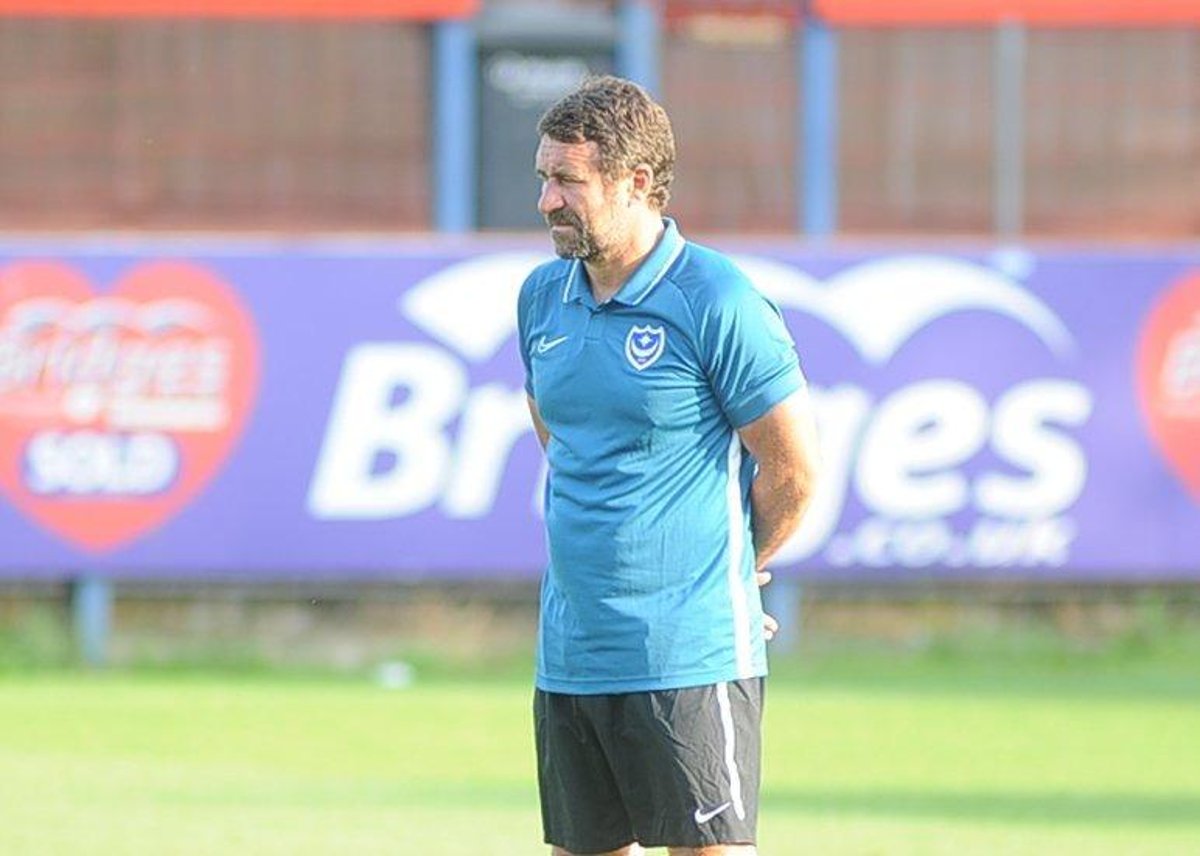 Now he wants Tornante to ramp up investment in their malignant youth set-up.

The 53-year-old remains hugely disappointed with Academy progress under Tornante, who arrived as owners in August 2017.

Yet while he acknowledges there have been some improvements, the straight-talking Daish is adamant that more should have been done, particularly in terms of facilities.

I have told TheNews: ‘I am not here to criticize, punish or anything like that, I will always give an honest approach.

‘All I am saying is I think there could have been more progression in the Academy of a club the size of Pompey.

‘I have seen the start of the new ownership with the Eisners and been through the subsequent five years – and it came to a brick wall where I’m thinking “What has changed?”.

‘If you’re going to have an Academy, believe in it, work at it. If you’re not and it’s just a box-ticking exercise, it’s always going to be difficult.

‘Portsmouth has an Academy for the reason it has an Academy, you must have belief in it, there has to be a real strategic plan. The club is always up against it because of a lack of investment and needing a bit of belief.

‘I’ve seen a big turnaround in staff, while progression-wise during the last two years with the pandemic was really hard, trying to deliver a program under extreme circumstances.

‘I have probably seen more progression during the last season, with players more involved in and around first-team training, but that’s because we’re back at Roko.

‘Under the previous manager Kenny Jackett, I did at times feel the whole Academy was a hindrance, we were there to facilitate, not seen as assets, and moved off site as soon as they could.

‘I have seen progression that players in the 18 group have now started to infiltrate and be involved in first-team training minutes, which is good.

‘But when it comes to facilities, pitches, even changing areas for the kids, I haven’t seen a lot of progression – and it has been really difficult.

‘A certain amount of investment is needed, whether in training facilities and pitches, and maybe a bit more experience in the coaching staff regarding youth development.

‘Are we here just to facilitate? Or are we here to actually believe in producing our own?’

Daish added: ‘It wasn’t an easy decision for me to leave, I made it earlier in the season.

‘When the owners came over in April, there was always that doubt in my mind about whether I had done it too early, have I jumped the gun?

‘From that interview, I didn’t really see any progression in the future of the Academy.

‘I am not one for blowing my own trumpet, there’s no ego thing about me, it was always about the Academy.

‘Maybe I hit a brick wall and it might need something different coming in. But five years is a long time at any club – and I didn’t see the progression I thought I would.’

A message from the Editor, Mark Waldron

You can support our local team of expert Pompey writers by subscribing here for all the latest news from Fratton Park for 9p a day, thanks to our 30%-off transfer window deal.