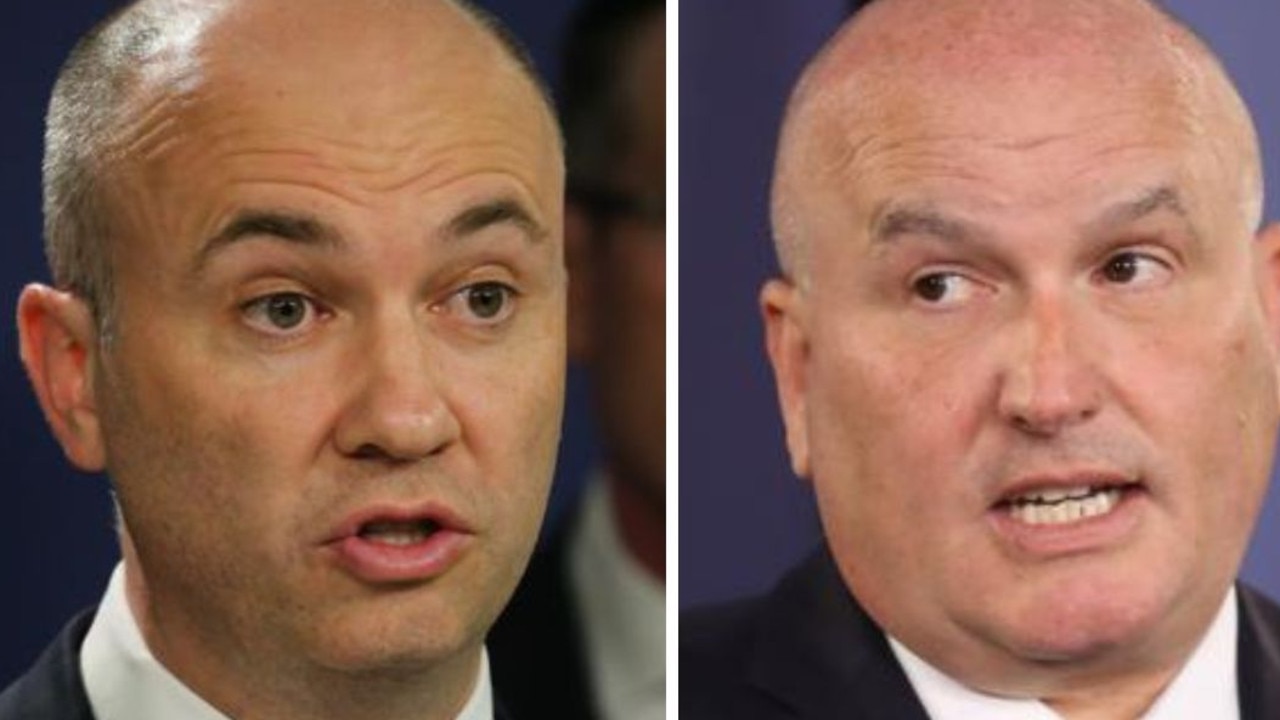 NSW Transport Minister David Elliott has slammed his own Treasurer Matt Kean accusing his office of pedaling “complete bullsh**t” as the pair prepare to battle it out over who is the state’s next deputy liberal leader.

In the latest meltdown in the NSW Government, the two ministers are at war over who is responsible for compensation for taxi plate owners in the latest proxy battle between the warring colleagues.

There are 5000 taxi plate owners who have been waiting seven years for compensation.

2GB’s Ben Fordham Live claim that when they contacted the Treasurer’s office for an update they were told Mr Elliott is responsible.

But the Transport Minister has told the radio host that the hold up is due to Mr Kean.

“Wrong. And this is why I’m one of the reasons why I’m running for deputy leadership,” he said.

“That is just complete bullsh*t and it’s frustrating me that people are giving you lies,” Mr Elliott told Ben Fordham.

“If you’re telling me that there’s a certain cabinet minister that’s avoiding your program and is blaming other people that’s just wrong.”

The Transport Minister says they’re waiting on the Treasury to sign off on the compensation package.

Mr Elliott was again at the center of the storm, after he accused Mr Kean of “treachery” against the Coalition during the federal election.

“My expectation is ministers are focused every single day on the great people of NSW,” Mr Perrottet said.

“There’ll always be words from time to time but ultimately our focus, my expectation, of ministers here in NSW, is that we continue to deliver for the people in our state.

“This is a distraction from what is our focus, and every single day I’m focused on making sure the people of NSW are set up for a brighter future.”

At the time, Mr Elliott slammed Mr Kean over revelations he was trying to undermine the Coalition weeks out from the election over Katherine Deves candidacy in Warringah.

“Matt Kean’s behavior is nothing short of treachery and will be repaid in kind.”

Ms Deves had come under fire for her campaign against trans athletes in women’s sport and many other comments considered offensive to trans people.

She ultimately failed to win her seat, losing to incumbent independent Zali Steggall.