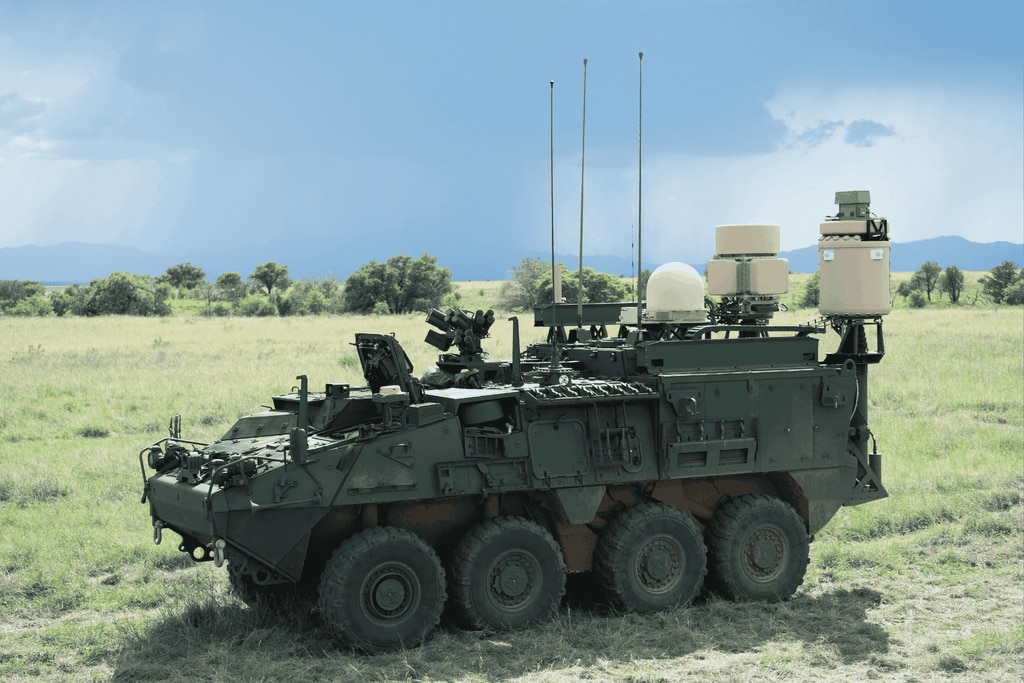 WASHINGTON — The US Army awarded Lockheed Martin and General Dynamics Mission Systems a contract worth $15 million to develop concepts for the Terrestrial Layer System-Echelons Above Brigade, an electronic warfare platform.

The EAB is an electromagnetic attack and collection system that integrates cyber, signal intelligence and electronic warfare capabilities. Put together, the system’s various capabilities can be used to give soldiers indications and warnings about their surroundings across thousands of thousands.

The companies will develop concept designs, undergo a system review and participate in a software architecture demonstration as part of Phase I of the developmental process. The overall value of the prototype project is expected to total $163 million in all phases.

Ken Strayer, the project manager for electronic warfare and cyber, said in a statement Thursday that the system will be used to “support the delivery of lethal and non-lethal effects in a holistic, synchronized manner for large-scale combat operations.”

“Coupled with the TLS Brigade Combat Team system, soldiers at all levels will have the ability to support Multi-Domain Operations with EW situational awareness and affects options,” he said.

The BCT system is a platform that also falls within the Terrestrial Layer System category and is similarly designed to boost troop awareness.

Compared to the BCT system, the EAB system will be focused on the higher and more strategic echelons of the Army, which require longer ranges and the ability to interoperate with a broader range of adjacent service, coalition and national and strategic partners, according to the Army’s Project Manager Electronic Warfare & Cyber ​​office.

The office added in a statement that the BCT system is more tactically focused and must be hosted on a common platform to tactical units with more mobility and the capability to interoperate with Army Mission Command Systems.

Last month, Lockheed Martin secured a $58.8 million contract to furnish prototypes for the BCT, which will be mounted into Stryker combat vehicles for operational assessment.

While there has been no official decision as to which platform will host the EAB system, the Family of Medium Tactical Vehicles is being considered, the office said.

To host the EAB system, platforms need to be common to most operational units and can accommodate the required soldiers and equipment associated with long-range strategic signals intelligence and electronic warfare capabilities.

The EAB and BCT systems are undergoing separate development processes. According to the office, the Army learned from previous programs that using a single system to address multiple distinct requirements tends to be cumbersome for the soldiers using it.

Catherine Buchaniec is a reporter at C4ISRNET, where she covers artificial intelligence, cyber warfare and uncrewed technologies.