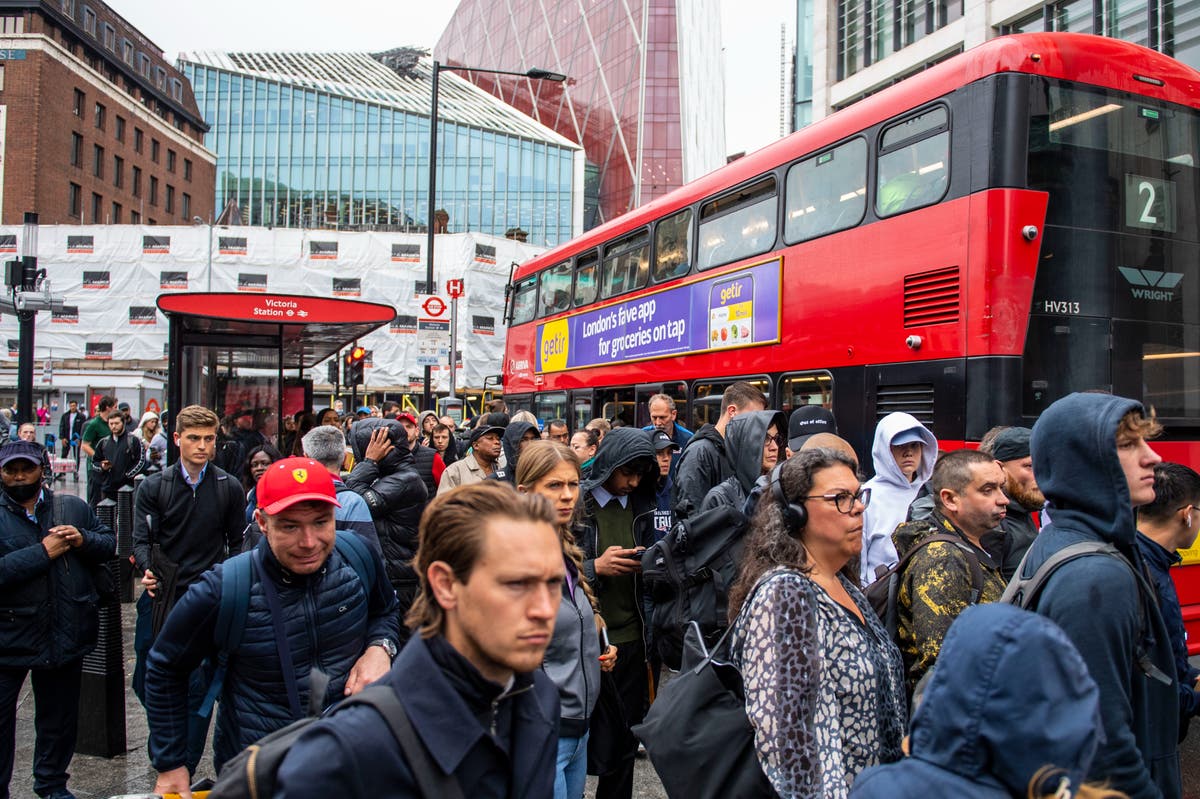 opes of an end to the dispute that has caused four Tube strikes in three months have risen after Sadiq Khan signaled he accepted union demands not to cut staff pensions.

The mayor said he was “not persuaded” that the Transport for London “final salary” pension scheme, which cost TfL £401m in contributions last year, needed to have its benefits curtailed.

No proposals to cut pensions have been tabled but it is one of two main concerns – the other is the loss of 600 station staff posts – that saw the RMT union force a shutdown of the London Underground on March 1 and 3 and June 6 and 21 .

Mr Khan, speaking on Thursday afternoon as TfL was granted a three-week extension to its current Government pandemic bailout, told the Standard: “I’m quite clear I’m not persuaded that there are any grounds to change the pensions of those who work for TfL. It’s for the Government to make the case.

“I’m quite clear the way to recognize the hard work of our transport workers – the many thousands who have kept our city running – shouldn’t be to make unilateral changes on their terms and conditions.”

An independent review commissioned by Mr Khan in 2020 described the pension scheme as “generous” and said reforming it could save £100m a year by 2025.

But a fuller review, led by former union chief Sir Brendan Barber and published last month, said modifying the scheme could save up to £182.4m – but warned it was “just about the only benefit of employment above and beyond employees’ salaries and travel concessions” and was highly valued by staff.

Transport Secretary Grant Shapps on Thursday night granted TfL an extension to its funding deal until July 13 – but made clear he wanted a “reset of the relationship” with City Hall. TfL is seeking £900m for the current financial year and a long-term deal on capital investment.

He accused Mr Khan of “campaigns of scaremongering and threats”. TfL is consulting on axing 22 bus routes in central London and reducing the frequencies on almost 60 others. On Thursday, Mr Khan claimed that without a long-term funding deal for TfL 100 bus routes would have to be axed and Tube services cut by 10 per cent.

He said this would result in one million fewer journeys a day being made by public transport in the capital, leading to “gridlock” on the roads as Londoners returned to their cars, and increased levels of toxic air.

He accused Prime Minister Boris Johnson, Chancellor Rishi Sunak and Mr Shapps of “treating Londoners with contempt” in failing to secure TfL’s finances. The Government has already provided about £5bn in bailouts.

Mr Khan also vowed to introduce premium Heathrow fares on the Tube and to increase the deposit on Oyster cards – two cash-raising pledges first made last December but yet to be enacted.

Mr Khan responded to Mr Shapps in an angry series of late-night tweets – despite a pledge on his re-election a year ago to “build bridges” with Government in his second term.

A Government source told the Standard on Friday: “The mayor’s ‘Project Fear’ is a poor way to build bridges. Using TfL services as a political weapon is simply not in his or London’s interests. ”

Darren Caplan, chief executive of the Railway Industry Association, said the extension was the 11th ‘”stop-gap” funding settlement between the Government and TfL in just over two years.

He said: “The longer this cycle of short-termism goes on, the harder it will be to affordably maintain and build the capital’s transport system, and support not just London’s economy into the future, but also the wider UK’s.”

Adam Tyndall, program director for transport at business group London First, said: “Now is the time to put the politics to one side and prioritize serious negotiations. However, history suggests that a mere 19 day extension is unlikely to be sufficient, leaving London’s transport stuck on life support.”