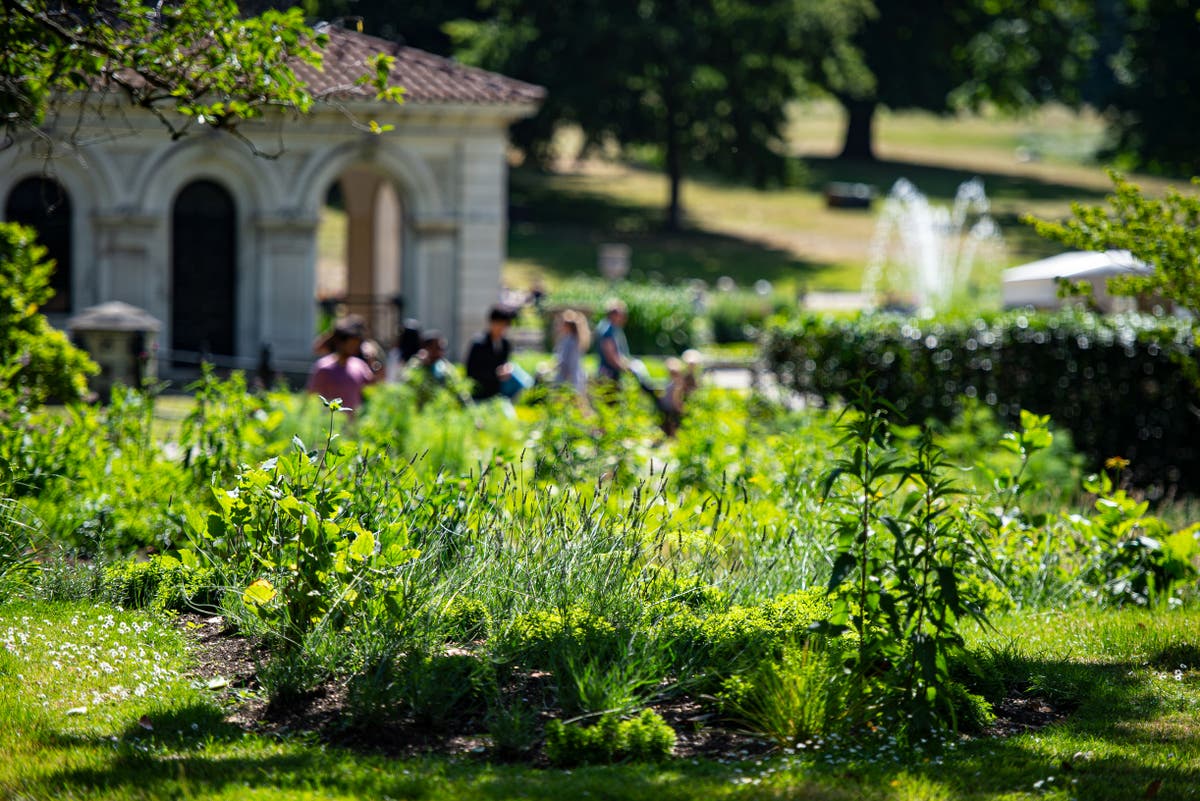 spend a day navigating central London’s more congested arteries and you might find it hard to believe that you’re in one of the 10 greenest capital cities in the world.

In fact, the capital is rich in parkland and garden squares, and the good news is new ones are being planned and planted all the time, bringing benefits for both the environment and the population at large.

Here are some of my favorite new green interventions in the heart of the city to check out this summer.

Have you ever wondered how bees see the natural world? Artist-turned-entomologist and gardener Alexandra Daisy Ginsberg has created an algorithm to optimize planting from a bee’s perspective.

You can see the result of this computer-programmed planting on show in Hyde Park as part of the Serpentine Galleries’ Back to Earth project. See how the garden was planned, and looks from a bee’s point of view and create your own pollinator garden online.

Superbloom at the Tower of London, EC3N

Inspired by American desert blooms, the Tower of London has transformed the former moat around the Tower into a biodiversity hotspot to celebrate the Jubilee year.

Layers of carefully designed planting, all sown as 20 million seeds just weeks ago, have just begun to bloom, offering a nectar-rich carpet of color through summer until late September. This year access to the space is ticketed, but in time it will become London’s newest park.

Located in the north-western corner of the Royal Docks, near City Airport, is a newly installed floating garden. It is planted with more than 30 native plant species also found growing along the Thames estuary, providing a green refuge in an otherwise desolate area for wetland wildlife.

It’s a great opportunity to get up close and personal with nature and the water in the dock, as well as see the old industrial area from a new perspective.

Once a quiet, unremarkable backstreet lined with parked cars, Alfred Place has been transformed into the West End’s newest pocket park. Located just off Goodge Street between Chenies Street and Store Street, the gray tarmac has been replaced with pockets of lawn, trees, woodland plants and a children’s play area.

Clever inclusion of the mature London plane trees could fool you into thinking the park has been there for years. Imagine if every insignificant backstreet received the same treatment. Let’s have more of this, please.

If you’ve been to Coal Drops Yard you may have discovered the plethora of new green spaces created around the King’s Cross development by some of the UK’s most prestigious garden design studios. The planting throughout these new spaces is quite special. As you move further into the development you’ll find the most recent garden addition, designed by Tom Stuart-Smith.

Jellicoe Gardens, named after the influential architect and town planner Sir Geffory Jellicoe, and situated by the Aga Khan centre, takes inspiration from a classical Persian garden. Between block planting and the dappled shade of trees, a calming rill runs through the center of the garden, providing a peaceful retreat away from the chaos on Euston Road.