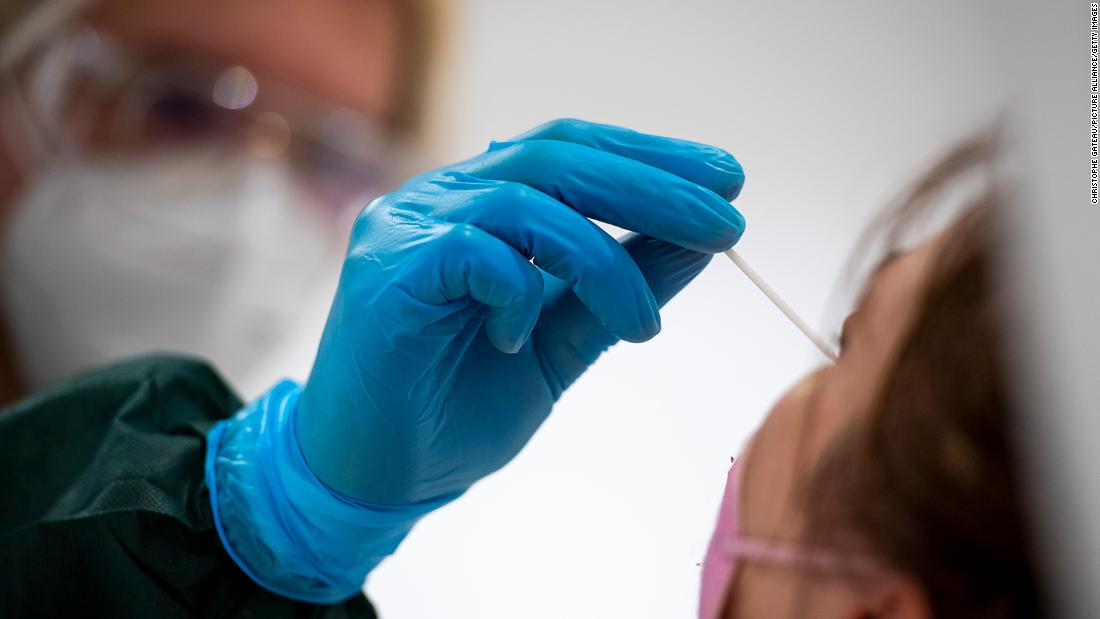 “These are important findings, but they shouldn’t lead to panic,” said coauthor Paul Harrison, a professor of psychiatry at the University of Oxford in the UK. “We’re not talking about things that are 10 or 100 times more common. I think the worst odds ratio is sort of two or three.”

“This is an extremely robust and well conducted study, using data from a large sample, and across multiple nations,” said Rachel Sumner, senior research fellow at Cardiff Metropolitan University in the UK, who was not involved in the study.

“The findings are alarming and are critically important in our current context of unmitigated Covid spread,” she added via email.

“I just talked to someone who had been originally diagnosed more than two years ago with Covid, but they’re only seeing a post-Covid specialist today,” said Friedberg, who was not involved in the study. “That doesn’t necessarily mean they’re getting those symptoms two years later. It means they are just being diagnosed with them.”

“They can’t think, they can’t breathe. I have one person whose disease is so severe, they basically can’t get out of bed,” he said. “I saw a person recently who is still not working because of Covid symptoms two years later.”

Two years of hospital data for both adults and children pulled from the TriNetX electronic health records network was analyzed for the study, published Wednesday in the journal Lancet Psychiatry. TriNetX is an international network of data without any identifying factors from hospital, primary care and specialist providers. About 89 million patients are in the data pool.

The study looked at 1.25 million patients two years after their Covid-19 diagnosis and compared them with a closely matched group of 1.25 million people who had a different respiratory infection.

“We compared those two groups of patients in terms of 14 major neurological and psychiatric disorders in the two years after the Covid-19 or respiratory infection,” said coauthor Maxime Taquet, an academic clinical fellow in psychiatry at the National Institute for Health and Care Research’s Biomedical Research Center in the UK.

Most of the patients were from the United States, but the study also included people from Australia, the UK, Spain, Bulgaria, India, Malaysia and Taiwan.

The study could not tell if people had experienced ongoing symptoms for the full two years since a Covid-19 diagnosis: “That might be the case, it may not be the case,” Taquet said. “This data is only looking at the number of new diagnoses being made, not the persistence or the duration of the symptoms.”

The news was both good and bad.

For adults, the risk of developing “brain fog, dementia, psychotic disorders, and epilepsy and seizures remain elevated throughout the two years” when compared with people with other respiratory conditions, Taquet said.

Adults over the age of 65 had a 1.2% increase in the risk of being diagnosed with dementia, the study said. While “it’s very clear that this is not a tsunami of new dementia cases, equally (I think) it’s hard to ignore it, given the severity of the consequences of dementia diagnosis,” he said.

There was some good news for adults, Taquet added: “Risk of some disorders — in particular anxiety and mood disorders — disappeared within two to three months, with no overall excess number of cases over the two years.”

There was also good news for children: “The risk of brain fog in children was transient — there was no overall risk,” Taquet said. Nor were children at any greater risk of being diagnosed with anxiety and depression after Covid-19, “even in the first six months,” he said.

But there were disturbing findings when it came to other conditions. For example, children had a “twofold increased risk of epilepsy and seizures,” Taquet said, and a “threefold increased risk of a psychotic disorder diagnosis in two years after having Covid compared to those diagnosed with another respiratory tract infection.”

In the study of 10,000 children with a Covid-19 diagnosis, 260 had developed epilepsy and seizures within two years, compared with 130 out of 10,000 children diagnosed with another respiratory tract infection, which was a “twofold increased risk,” Taquet said,

There was a threefold increased risk of a psychotic disorder diagnosis in children two years after a Covid-19 infection, Taquet said. Yet “the absolute risk remains quite low,” he said, with 18 diagnosed cases of psychosis out of 10,000 children.

“I think we need to be careful in the interpretation of the reported small increases in dementia and psychosis,” said Paul Garner, an emeritus professor in evidence synthesis in global health at the Liverpool School of Tropical Medicine in the UK. Garner was not involved in the study.

“These are, in my opinion, more likely to be related to the societal upheaval and dystopia we have been living through rather than being a direct effect of the virus.”

Overall, evidence from the study is “particularly worrisome,” Cardiff’s Sumner said, because even Covid-19 variants considered to be milder appear to have the same long-term consequences.

In addition, “some of these disorders will continue to have delay in diagnosis and treatment with healthcare systems that are struggling to deal with both Covid infections and backlogs of patient waiting lists,” Sumner added.

That reality matches the clinical experience of doctors such as Friedberg, who has been treating long Covid patients since not long after the pandemic began.

“I’ve got severe post-Covid (patients) from the ancestral strain since March 2020, and I’ve got the same in people who developed it a few months ago. So I think it can be equally severe with any of these variants,” he said.

Yet Friedberg told CNN there have been “zero public policy decisions” about what happens after Covid-19.

“The idea that maybe there’s this terrible thing that’s happening that we won’t appreciate until months or years later isn’t being adequately addressed,” Friedberg said.

“Say kids just can’t run as much as they used to, or have seizure disorders now, or adults just can’t handle as many tasks of work or have trouble caring for their kids at home because they’ve just got brain fog , they’ve got chronic shortness of breath.

“If that starts happening to, let’s say, 5% of the population each time there’s a Covid wave, that starts to add up.”