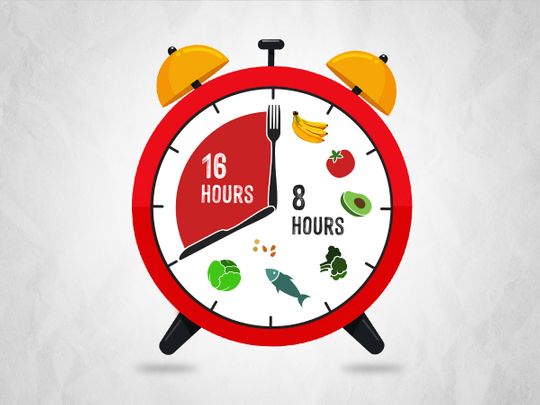 (Note: This is not a medical advice. Consult your doctor if you decide to go into any diet or exercise regimen).

Fear, they say, is a powerful motivator. It creates a strong urge to move away from that state of fear, towards our “comfort zone”.

I was diagnosed with pre-diabetes (then diabetes) 8 years ago. During that time, I saw at least 3 different doctors. Among others, they advised me to go slow on carbohydrates (rice, bread, pasta, etc), exercise regularly. I was relatively younger then, and had no shortage of excuses. I was trigger happy with my cravings.

Since 2014, I’d taken metformin, the first-line medication for Type 2 diabetes. I thought I’d just coast along, expecting my condition to go away.

My parents were diabetics. The disease didn’t go away. Both died of “co-morbidities” that come with this illness (dad in 2015, and mum in 2021).

Statistically, my siblings (I have three, I’m the third child) and I face a 50% risk the genes could be passed on. Our eldest, Chris, is now taking injectables to keep his high blood-sugar condition in check.

We all saw our parents go through a lot of pain and discomfort due to diabetes complications, apart from the difficulties of old age.

The thought of going down with a similar affliction is a constant. So I religiously take (or took) my medications.

I dismissed all that, considered myself an exception to the rule. Now, the exceptionalism has worn off. I was starting to feel lethargic, cranky, unable to lose weight, had sugar cravings, skin breakouts, even brain fog.

My posture changed from a feeling of invincibility to that of an object of mercy in the face of impending wrath. Potentially, from the same illness that took both my parents down.

‘Diabetes corner’ in the house

“Suman lehiya” — a local Filipino delicacy made of sticky-rice with gooey coconut milk smothered with sugar and vanilla grass (pandan) extract — is a fixture in our house (usually an extra table) on special occasions. It was my mum’s favorite dish.

In the eight years I’ve taken blood-sugar-lowering meds, I never thought much about my weight issue, or doing something radically different than what I’m used to.

How did I decide to lose weight? The journey from a high-carb, anything-goes lifestyle to a low-carb, intermittent fasting regimen was forced upon me, sort of.

One key trigger: health insurance. My wife shopped around for medical insurance last year. Most agents rejected me right away, after I declared my “pre-existing” condition.

That episode made me feel like an outcast, unclean, a social liability. Finally, one guy offered a “global coverage” — for what I thought was a huge premium — the equivalent of $2,000 per year.

Given the rejections by insurers and the worry of falling ill, and having still-young children, I thought it’s time to face the music. Desperate times call for desperate measures.

After delivering our third child, my wife Tweet had tipped the scales at 90kg (though her ideal body weight should be 65kg or less). Since 2018, she has been prescribed four “maintenance” medications (300 tablets each) following a workup at a local hospital. Nothing seemed to work.

This led us to search for a low-carb coaching. We found Dr Josephine Chua Rojo, and Dr Lesel Ganancial, our intermittent fasting mentor. We initially tracked their live sessions on social media, then signed up for one-on-one online coaching, after paying the fees (altogether, around $100).

Part of breaking unhealthy food habits is closely monitoring our food intake and daily finger-pricks — for at least 30 days. Not easy. Eating habits is one of the hardest habits of all to break, I realized.

It unfolded like a slow-motion movie, until it became routine. They say it takes at least 21 days of daily practice for something to become a habit.

■ One popular method to build habits is what behaviorists call the “21/90 Rule”.

■ The rule is simple: Commit to a personal or professional goal for 21 straight days.

■ After three weeks, the pursuit of that goal should have become a habit.

Understanding is key. Advocates of this lifestyle push for a “holistic approach”, focussing on physical, mental health and wellness. Some low-carb sessions soaked us up in cell biology and biochemistry, touching on the basics of hormonal functions, metabolism, enzymes, toxicity, glyconeogenesis and glycogenolysis.

These terms were once totally alien to me. Further readings led me to Science Direct, which published a 2018 study suggesting that even the so-called “digestible carbs” are more toxic than lipids (fats).

■ Going overdrive on carbs can send blood sugar levels through the roof. This causes your body to make more insulin — a hormone produced by the pancreas that controls the amount of glucose in your bloodstream.

■ Carbohydrates range from digestible polysaccharides to refined sugars that collectively lead to noxious effects on human health, a phenomenon known as ”carbotoxicity”.

■ This condition tells your cells to save the extra glucose as fat. Overtime, this can be unhealthy, especially you’re already tipping the scales at more than the ideal weight, which then leads to diabetes and other related health issues.

What’s behind someone’s food cravings? I had found that an imbalance of hormones, such as leptin and serotonin, could lead to such a downward craze with cravings.

Why does fasting work when combined with low-carb?

I realized fasting is easier when you’re on low-carb. They sort of support each other. Rather than a vicious cycle, it’s a virtuous one. It promotes fat-adaptation. This takes place by up-regulating fat-burning mitochondria, spurring the creation of new mitochondria, and reducing your reliance on sugar.

■ Glycogenolysis occurs when the body, which prefers glucose as an energy source, needs energy.

■ The glycogen previously stored by the liver is broken down to glucose and dispersed throughout the body.

In the low-carb community, we were introduced to the “safe”, “caution” and “danger” list of foods.

We started with a 12-hour fast daily, progressing to 14, then 16 then 18 hours, drinking only liquids (water, unsweetened tea, or sugar-free coffee) during the fasting window, and then sticking to “safe”, low- carbohydrate foods during the eating window.

Testimonies of people who have done it before us were eye openers, too.

■ Glyconeogenesis is the synthesis of glycogen without using glucose or other carbohydrates, instead using substances like proteins and fats.

■ One example: the conversion of lactic acid to glycogen in the liver. So glucose is so important that the body produces it, even without carbs or sweets in our diet.

Interviews with doctors in the UAE who practice low-carb, intermittent fasting further reinforced this.

In my younger years, I was a sucker for fruit concentrates and desserts, mixing bitter chocolates with sweet ones, in a mistaken idea of ​​reducing the bad effects of sugar.

In the UAE, where I lived 20 years, the wide availability and affordability of fruits — water melon from Iran, rock melon from Honduras, Kiwis from New Zealand and mangoes from Pakistan/India, local dates, and all sorts of food from different parts of the globe—were just too compelling.

Then I realized: There’s a reason why fasting works. For centuries and millennia, humans have survived drought and lack of food for days, if not months. Yet they have adapted their body and mind through this cycle. It’s counter-intuitive, but fasting does sharpens the mind, a physiological condition that’s key to survival (where to find the next food?) among primitive men.

There’s a downside to overabundance. The easy availability of food in general, and carbs in particular, is a modern-day phenomenon, thanks to trans-continental flights and ocean-going super tankers.

Now, some people (including colleagues at work and my grandma’s 93-year-old sister) express concern (or horror), exclaiming why I’ve lost “so much” weight.

But I never felt better: Now, I sleep better. Gone are the stomach upsets, bloating and constipation, sugar cravings, skin breakouts. Now, my blood sugar is slowly inching back to normal, without taking medications. I’m not there yet, but I feel confident I will get there in time. (Will update you here, when I do).

A low-carb, intermittent fasting lifestyle was farthest from my mind. Desperation that led me to it. And afraid. Perhaps, love.

Even with the coaching and tracking, our journey has not been a perfect straight line of adherence. We allow ourselves to “fail”, sometimes, but not everyday.