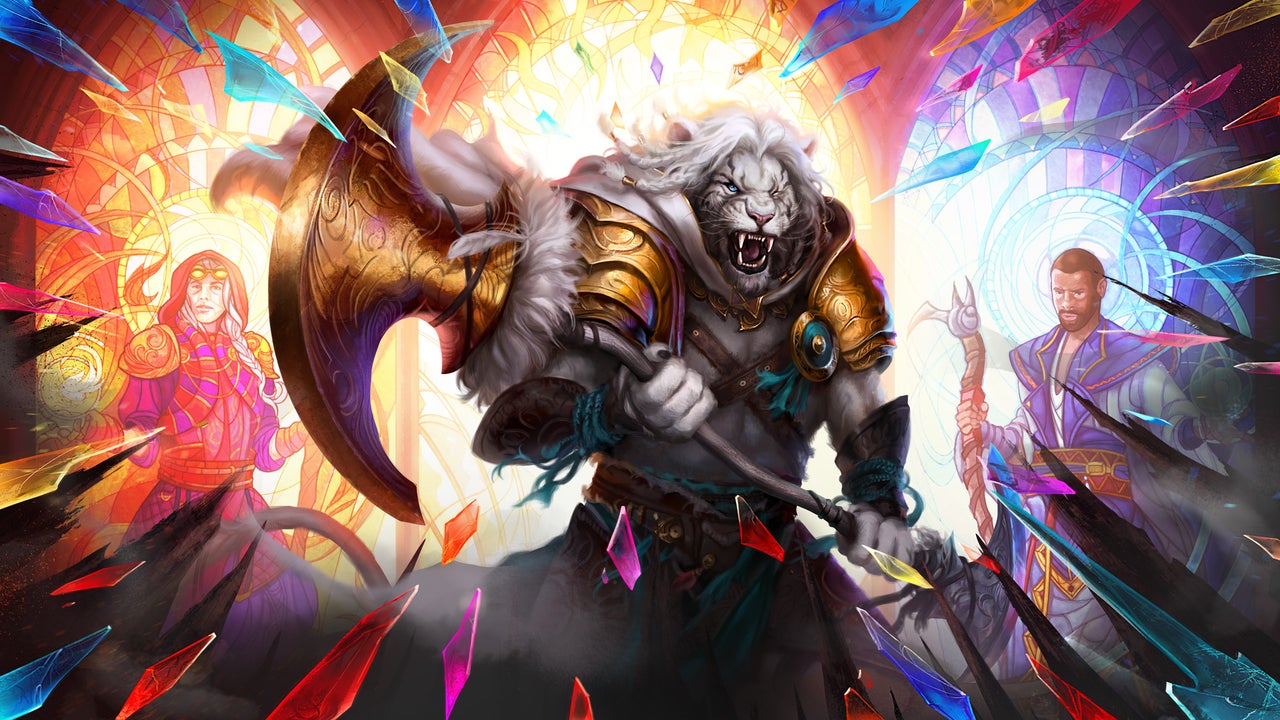 Today Wizards of the Coast revealed new details about Magic: The Gathering’s next set, Dominaria United. While the first hints of the story were shared, the really surprising news is that some booster packs will contain original cards printed for the 1994 Legends set.

In a video announcing the news, WOTC explained that it found sealed boxes of actual Legends booster packs in a warehouse and wanted to find a way to distribute those cards to players. As such, they decided to open the packs and insert these original printings into Collector boosters for Dominaria United as both a tie-in to Magic’s very first plane and a celebration of its history as the game approaches its 30th birthday.

Many of the cards in Legends are extremely rare and valuable, making the idea of ​​finding one in a brand new booster an exciting proposition. Some of these cards are even part of Magic’s infamous Reserved List, meaning they have never been reprinted in any form (and theoretically never will). That includes The Tabernacle at Pendrell Valea legendary land card on the Reserved List with a current market price of nearly $4000 USD according to TCG playerwhich would be quite a shocking treat to crack open.

This isn’t actually the first time WOTC has put original Reserved List cards into the booster packs of a new set either. In 2009, booster packs from the first Zendikar set had a chance of including a “Priceless Treasure” card, which were repackaged copies of some of Magic’s most powerful and famous cards – including the legendary black lotus. What’s not clear at the moment is if any card from Legends could pop up in Dominaria United or just the most desirable ones like Zendikar (or even how frequently they might appear).

But apart from the prospect of finding a piece of cardboard worth thousands of dollars in your booster, WOTC also confirmed that Dominaria United would include a legendary creature from the actual set in every booster pack just like the Dominaria set from 2018. There will be more than 40 legendary creatures in the set, which ties in nicely with the Legends cards thematically.

Additionally, we got some interesting details on what the story could look like for Dominaria United and beyond, with WOTC saying this is the first act in a story that will span across the next four sets. That story has been building slowly for the last year and a half, and the reveal that this one will follow the planeswalker Karn “as he looks back on Dominaria’s past to prepare for its future” could feed speculation that the following set, The Brothers’ War, may have some time travel shenanigans at play.

The Dominaria United story will begin its full reveal on August 10 and conclude before preview season starts in earnest on August 18. That’s all leading toward Dominaria United’s eventual release on September 9. And if you’re looking for Magic’s tie-ins to universes beyond its own, we recently revealed the cards in the brand new Fortnite Secret Lair.