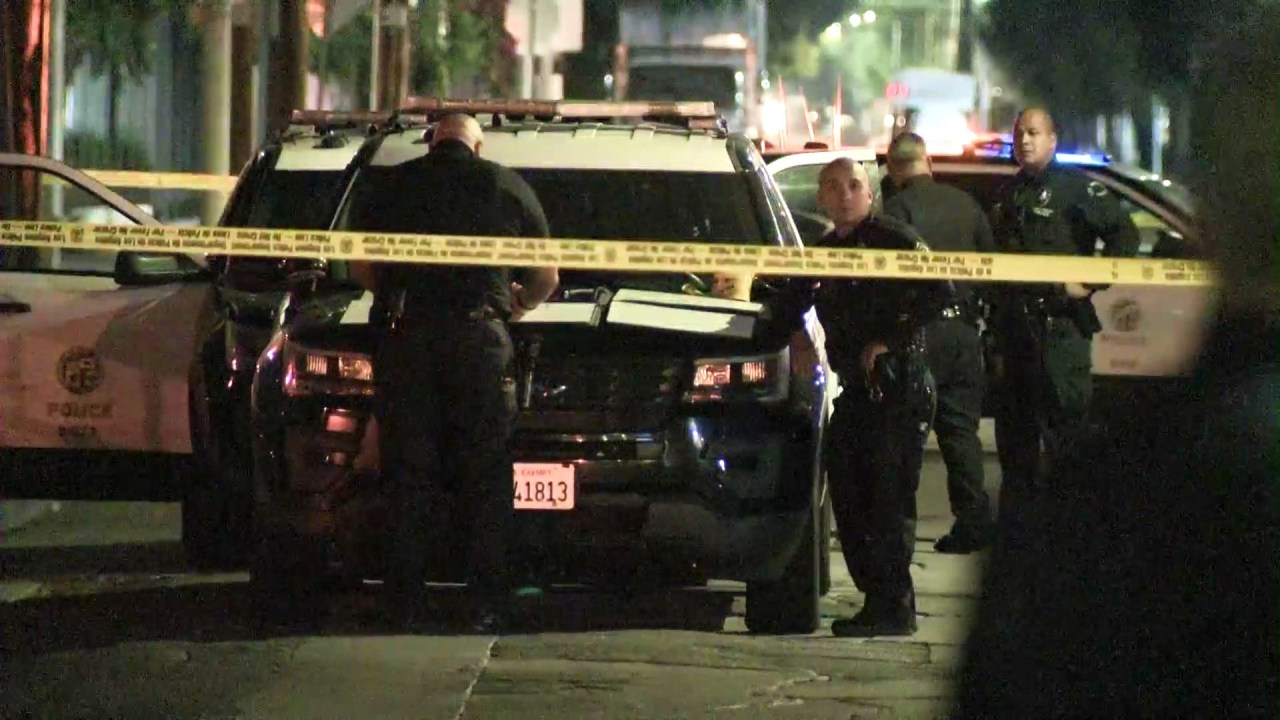 A man was held up at a gunpoint and shot in the chest by a robber who took his iPhone in Hollywood Wednesday morning, police said.

Officers responded to a report of a man down in the 1000 block of North Highland Avenue around 3 am, a Los Angeles Police Department spokesperson confirmed.

An unidentified man in his 30s was found at the location with a gunshot wound to his upper body.

The victim was conscious and breathing when officers arrived. There was no further word on the victim’s condition of her.

Investigators determined the man had been shot during a robbery in which an iPhone was stolen.

The suspect was described as a Black man standing 5 feet 9 inches tall and weighing about 200 pounds. He was wearing a black shirt, Nike shorts and was last seen driving a black Ford SUV, according to police.

The issue of safety in Hollywood has captured the attention of local business owners as crime numbers continue to rise.

Those owners will be joined by Los Angeles City Councilman Mitch O’Farrell and the Los Angeles Police Department at a Wednesday morning press conference to announce new measures designed to increase public safety.