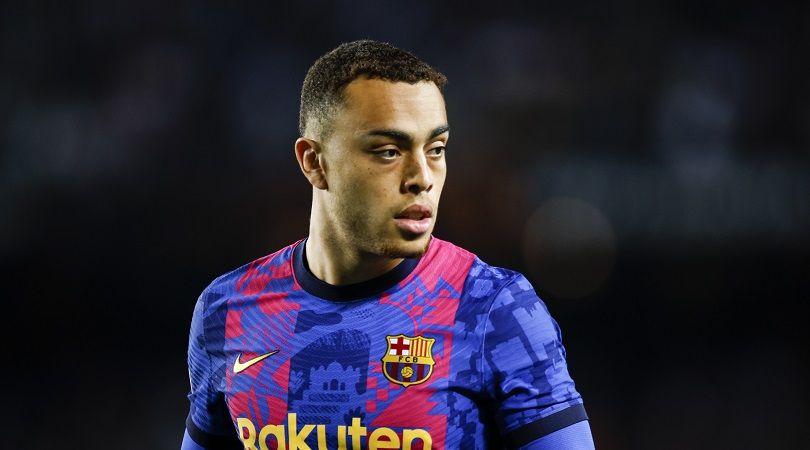 Manchester United are considering a move for Barcelona full-back Sergino Dest, according to reports.

The Red Devils have already agreed to a £63m fee with Barcelona (opens in new tab) for the transfer of Frenkie de Jong.

That deal has been held up due to the player’s reluctance to move to Old Trafford, but United (opens in new tab) could have more success in their pursuit of Dest.

The United States international would cost Erik ten Hag’s side around £17m, according to Spanish publication Sport (opens in new tab).

Barcelona have spent big money this summer on the likes of Raphinha, Robert Lewandowski and Jules Kounde.

They now need to balance the books by selling some of the fringe members of their squad, and Dest is among those for whom Barcelona are willing to listen to offers.

The 21-year-old started 17 La Liga matches last term, but he was a more prominent figure under Ronald Koeman than Xavi Hernandez.

Dest, who is able to play at both right-back and left-back, has experience of working with Ten Hag during the pair’s time together at Ajax (opens in new tab).

He is more naturally suited to playing on the right-hand side of the back four, where United currently have two options in Diogo Dalot and Aaron Wan-Bissaka.

But with the latter facing an uncertain future due to doubts over whether he suits Ten Hag’s favored style of play, Dest could be signed as a replacement.

His versatility means he could also play higher up the flank if required, or cover for Luke Shaw and Tyrell Malacia at left-back.

However, United may need to wait and see if Barcelona bring in a left-back of their own before they allow Dest to depart.

the Blaugrana are hoping to sign Marcos Alonso from Chelsea (opens in new tab)but that deal has been held up until the Blues secure a replacement.

United will begin the new Premier League season with a game against Brighton (opens in new tab) at Old Trafford on Sunday.