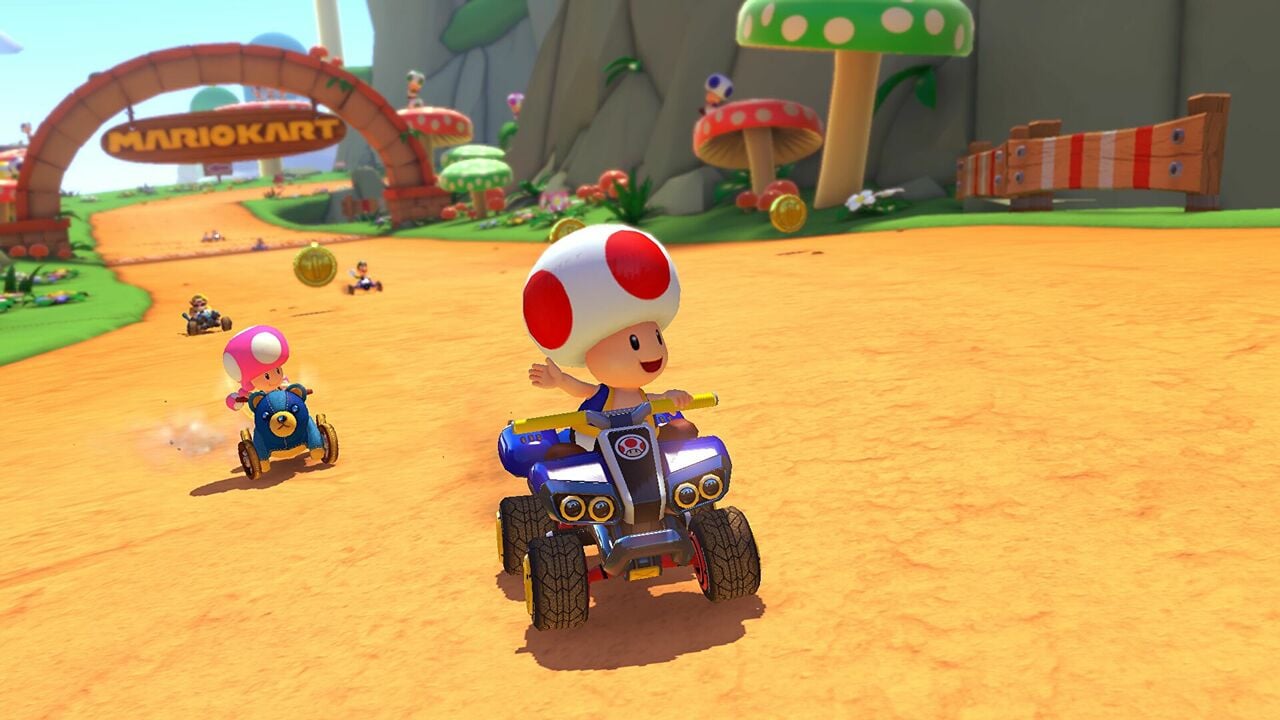 Update: Nintendo has waved the checkered flag! Wave 2 is now ready to race for Mario Kart 8 Deluxe owners in all regions! Get on over to the track, get your updates downloaded, and pull up at the starting line.

We’ll see you there, and keep an eye out for our impressions of the eight courses in the near future!

original article [Thu 4th Aug, 2022 11:40 BST]: Mario Kart 8 Deluxe will be full to the brim with racers new and old as Wave 2 of the Booster Course Pass launches later today on Switch!

Finally revealed last week after lots of fan speculation, Wave 2 brings another eight courses to Mario Kart 8 Deluxe, on top of the first eight that Wave 1 brought us back in March.

The update drops at 3pm BST today, so get ready to hop back in the driver’s seat. No official times have been confirmed for other regions, but we suspect that it’ll be roughly the same time across the board.

In case you’ve forgotten what courses are being added in Wave 2, well, we’ve got you covered:

Of particular note is the last course in the Propeller Cup, Sky-High Sundae, which is a brand new course. While all seven other returning tracks have already been added to the mobile game Mario Kart Tour, Sky-High Sundae is debuting in Deluxe before making its way to your phones.

Remember, if you have a Nintendo Switch Online + Expansion Pass subscription, you’ll have access to these new courses for free. If not, and you haven’t already bought the Booster Course Pass, you can grab it right now!

Please note that some external links on this page are affiliate links, which means if you click them and make a purchase we may receive a small percentage of the sale. Please read our FTC Disclosure for more information.

Will you be playing Mario Kart 8 Deluxe today? Which course are you looking forward to trying out? Let us know in the comments!