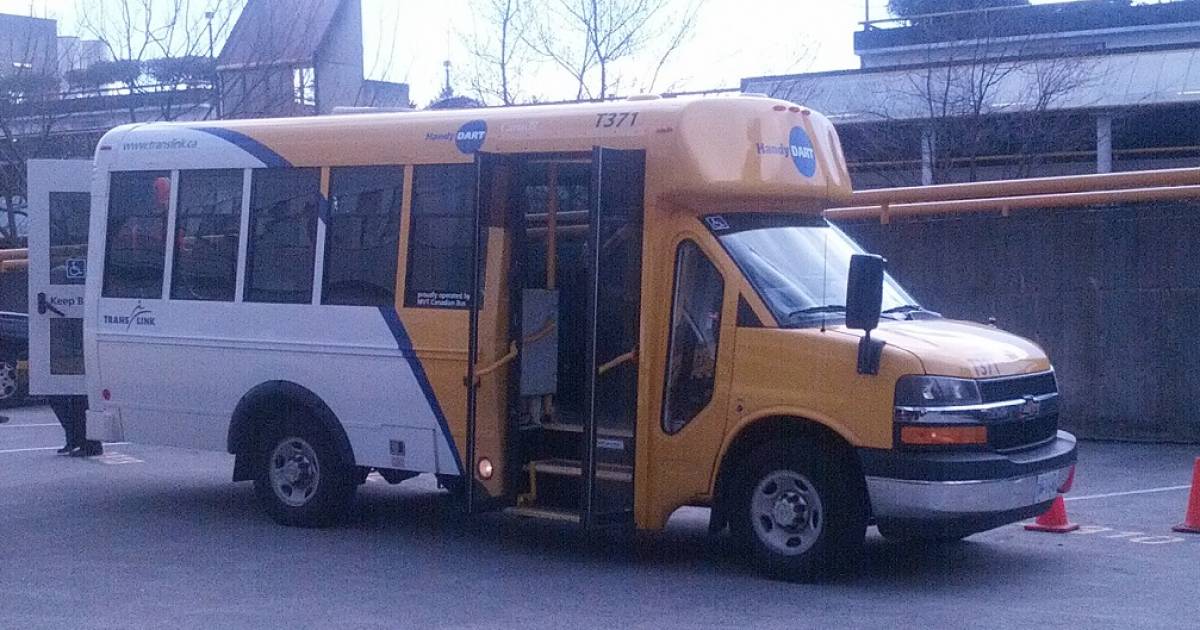 On May 26, the TransLink Mayors’ Council will meet to review TransLink’s 2022 Investment Planfollowed by the 10-Year Priorities report in June.

TransLink’s discussion guide for these plans asserts that “the Metro Vancouver region, and everyone who lives, works, and plays here, enjoys a broad range of quality transportation choices.” That simply isn’t true for many lower-income seniors and people with disabilities, and the situation won’t get better without real leadership from Metro Vancouver’s mayors and regional district directors.

This year, the oldest of the baby boom generation turns 77, and in the coming decade providing the services and urban environment that older seniors need will be a defining social and political challenge. The climate crisis is another defining challenge of our time, and the transit improvements seniors and people with disabilities need are also essential climate solutions.

TransLink’s plans propose a major investment in bus lanes and transit signal priority so buses don’t get stuck in traffic. This would improve reliability, speed, comfort and cost-effectiveness for conventional buses and HandyDART vehicles. It would also reduce greenhouse gas pollution.

A large amount of road space will need to be reallocated to bus lanes to meet the provincial target of reducing distances traveled in light duty vehicles 25 percent by 2030. The mayors should significantly increase the scale of the planned bus lane network.

People with disabilities and seniors are disproportionately vulnerable to climate impacts. Close to 600 people died, and a much larger number suffered severe negative health impacts, from the 2021 heat wave in BC

Higher transit fares are a significant barrier to mobility for people with disabilities, many of whom live on very low incomes. Lower transit fares are also necessary to meet provincial climate targets. The International Energy Agency has also called on Canada to reduce transit fares and take other immediate steps to reduce oil consumption, in response to Russia’s invasion of Ukraine.

TransLink’s investment plan includes tens of millions to make active transportation “the most convenient choice for short trips”. However, present interpretations of the archaic BC Motor Vehicle Act prevent many people from using wheelchairs or mobility scooters on bike and roll routes. This is discriminatory and counterproductive.

Victoria’s mayor and council recently voted unanimously to work with the province to correct this, and Metro Vancouver mayors should follow their lead.

TransLink proposes constructing and operating six accessible washrooms. We fully support this investment and believe that more washrooms should be added, sooner, to increase the accessibility of the transit system and region.

Statistics Canada recently released information on Canada’s aging population from the 2021 census, and over 85 is the fastest-growing age group.

In 2017 the TransLink Mayors’ Council backgrounder HandyDART: A Backbone of Provincial Healthcare noted that TransLink only provides “about half of the accessible transit trips per capita that are provided in other similar Canadian cities, including” Greater Victoria. In the same year, Statistics Canada updated the Canadian Survey on Disability, which shows rates of disability in BC range from 13 percent for the 15 to 24 age group to 51 percent for people 75 and over, as shown in this graph.

TransLink identifies “priority investments to meet the increasing demand for transit and support the transportation needs of Metro Vancouver’s growing population”. While they make some good commitments regarding HandyDART service and other items essential to the growing population of people with disabilities and older seniors, it falls far short of what is needed.

Canadian Press reported this year that “wait-lists for long-term care beds can already stretch on for years, leaving people stuck in hospitals because there is nowhere else for them to go, or families struggling to care for their loved ones at home. ” But boomers had fewer children than previous generations, so a larger proportion don’t have families to drive them to medical appointments and social activities. In addition, a significant proportion of the children of boomers don’t own cars or have driver’s licenses.

More HandyDART service can reduce long-term care and hospital stay expenses, and the need for costly car ownership. According to the BC Seniors Advocate “a long-term care bed costs taxpayers $27,740 more per year than two hours of daily home support.” Good paratransit service is one of the crucial supports that allows people to live independently. During the pandemic, overdependence on long-term care costs lives as well as money. Respecting the rights of older seniors and people with disabilities to live independently costs less than the alternative.

TransLink provided 22 percent less HandyDART service per senior in 2018 than in 2008. By 2013, when the crisis of HandyDART service was documented in the report Metro Vancouver’s Aging Population and the Need for Improved HandyDART Service, and widely reported in the media, the level had dropped to 3.45 from 4.07 in 2008. From 2017 to 2019 the levels ranged from 3.12 to 3.19 trips per person 65 and over.

The ongoing COVID pandemic is having severe impacts on older seniors and people with disabilities. the federal COVID-19 Disability Advisory Group Report documented access related harms including “social isolation and loss of access to supports [and] loss of access to services crucial to well-being, including occupational therapy, mental health services, and maintenance/repairs of disability aids.” Improved HandyDART service is one way of reducing this ongoing harm.

A significant but not yet well documented percentage of the Canadian population has been disabled by COVID-19 already. Some of these disabilities will be permanent. Those affected include all age groups including children, younger working-age people, and seniors who were healthy and active before contracting COVID.

Disabilities caused by COVID-19 will increase the need for HandyDART service, and other mobility options for people with disabilities, in both the short and long term.

The cost of privatization

HandyDART: can we afford it? This question has been asked for decades by those who provide funding. The question should be: how can we afford to contract it out? Public dollars continue to funnel into the private management companies that operate publicly owned HandyDART vehicles.

Every time a new contractor takes over, years of efficiency gains are lost as new management implements new procedures. Employee morale suffers along with efficiency and quality of service. Stability is crucial for attracting and retaining workers and there is presently a nearly unprecedented shortage of qualified workers.

Excessive use of taxis is another form of privatization that degrades the reliability, safety and accessibility of HandyDART, particularly for the most vulnerable riders.

For disabled persons and seniors, HandyDART is a key link to surviving and thriving through the challenges ahead. The necessity of stability in administration and funding are unequivocal, and inadequate HandyDART service is a human rights violation.

With provincial, federal, and regional funds, BC Transit Victoria is building a new permanent HandyDART center to “respond to the growing needs for HandyDART services [with] infrastructure to support a fully electric fleet. . . installed during construction.”

In contrast, TransLink has a Low Carbon Fleet Transition Plan that fails to even mention HandyDART.

It is not practical to electrify TransLink’s HandyDART fleet without permanent, publicly owned operations and maintenance centers. Metro Vancouver’s majors must push for funding from the provincial and federal governments for permanent operations centers with equipment for charging electric HandyDART vehicles.

This would shift a significant proportion of the cost of HandyDART from TransLink’s operating budget (which is largely funded by municipal property taxes and fares) to a capital expense. Capital expenses (particularly for the electrification of transit) are eligible for federal and provincial funding, so this could be a major financial benefit for our region.

Both the provincial and federal governments committed to shift infrastructure spending “from higher to lower-emitting types of transportation” in the 2016 Pan-Canadian Framework on Clean Growth and Climate Change. The obvious implication is that funding should be shifted away from highway expansion, which makes traffic worse and increases greenhouse gas pollution, to public transit infrastructure.

A similar policy in Metro Vancouver could see billions of dollars shifted to transit projects, including new permanent HandyDART facilities, over the next decade. The same mayors are on the TransLink Mayors Council and the Metro Vancouver Regional District board, and both must follow Greater Victoria’s lead.

More details about these recommendations is available in Quality transportation choices for all, ATU 1724’s response to Translink’s 10-year priorities report. ATU local 1724 represents the workers with the paratransit service known as HandyDART in Metro Vancouver.