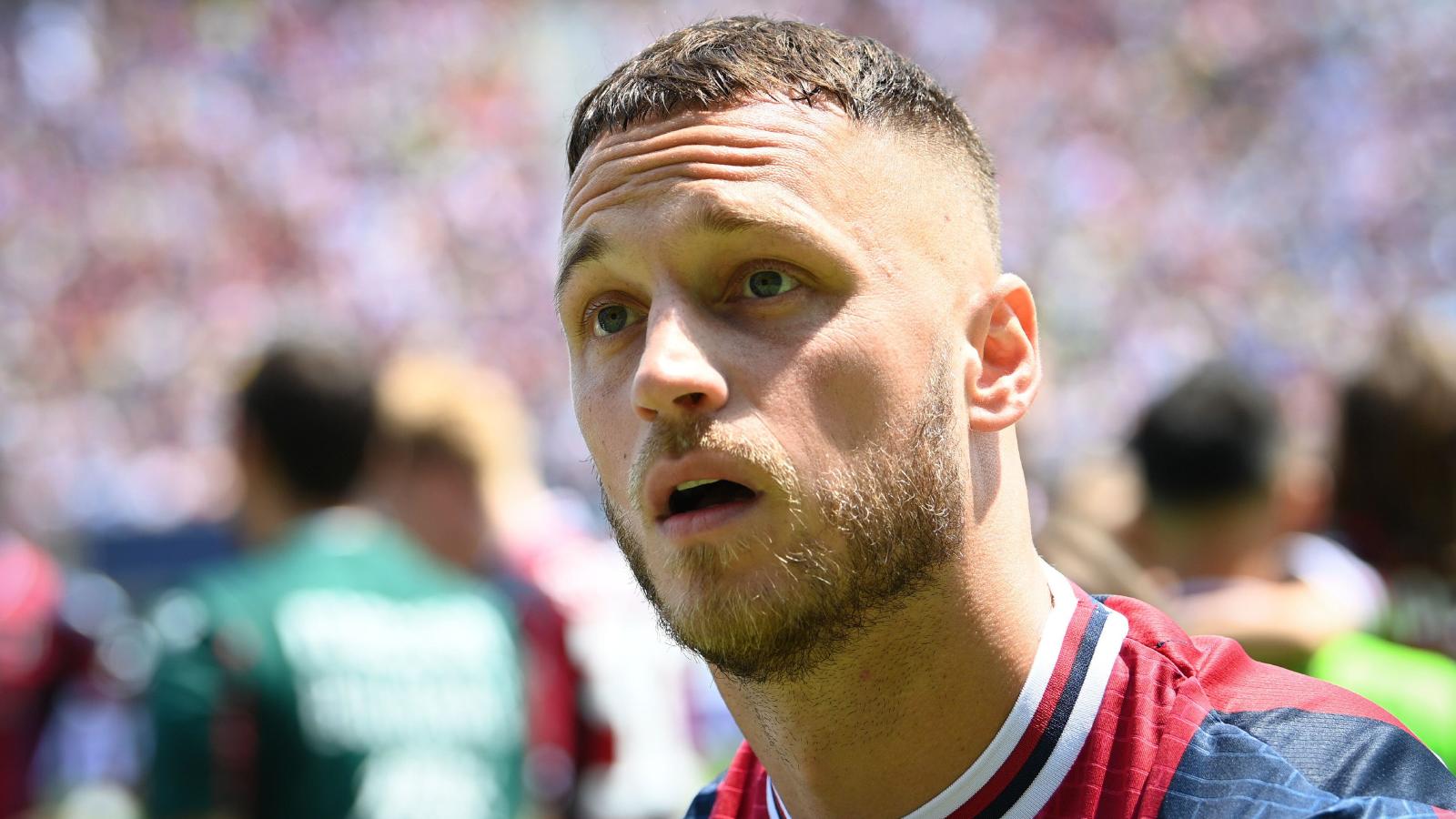 The 33-year-old Austrian international has been strongly linked to a return to the English top flight by several reports in the Italian media.

Arnautovic is currently at Serie A side Bologna, where he has scored 14 goals in 33 appearances. That return has seen Juventus sniffing around the mecurial striker, but now Manchester United have reportedly also taken an interest.

Bologna will not want their star man to leave the club cheaply, and Manchester United could be forced to dig out a figure north of £10million if they make a move.

Arnautovic had been rumored to be rejoining West Ham last season after leaving the club under a cloud following a big-money switch to China in 2019. West Ham manager David Moyes had got the best out the Austrian in his time at the club, scoring 22 in 65 appearances.

“Man United will head into their Premier League opener with the possibility of starting with Cristiano Ronaldo, whose future remains uncertain and the Portuguese wants to leave. Anthony Martial will miss out due to injury. With that in mind, it is barely a surprise that the club want new forwards…

“Arnautovic is said to be quite fascinated by the idea of ​​returning to the Premier League, where he has spent a fair amount of time during stints at West Ham and Stoke City. As of now, Bologna’s price tag is said to be high as they want to keep hold of the Austrian.”