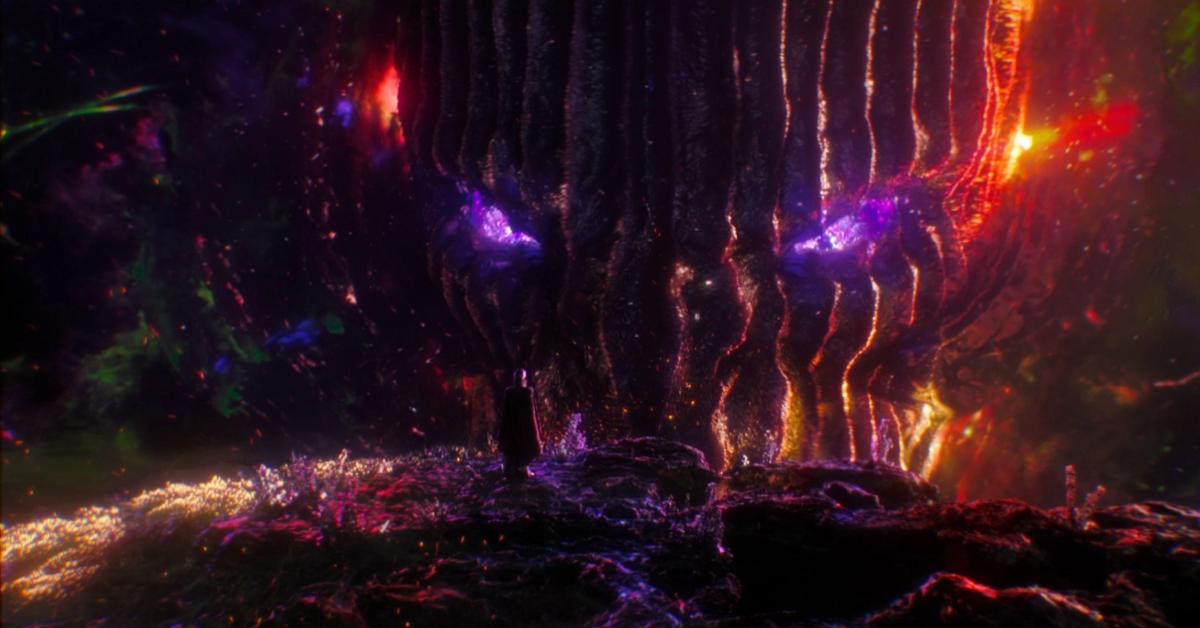 Doctor Strange is arguably one of the best films to come out of Marvel Studios Phase 3 film slate and the film featured and iconic character from the source material as its villain. The film had two villains with Mads Mikkelsen as Kaecillus and Dormammu. The latter of the two had a very interesting design, but it turns out that he could have looked very different. Marvel Studios concept artist Anthony Francisco revealed an alternate design for Dormammu on Instagram.

The concept art is quite different from what we got in Doctor Strange, but it’s cool to see what could have been. Francisco reveals two different designs for Dormammu, with both being more frightening than what we got in the film. Both designs show the villain in space, with one even showing Doctor Strange bargaining with him. You can check out the concept art below!

Marvel Studios has officially released the sequel to the first film and its titled Doctor Strange in the Multiverse of Madness. The film features some interesting choices, but none more interesting than the film’s villain. There were plenty of rumors surrounding the films plot and the one that was most interesting was that Wanda Maximoff was the main villain instead of an evil version of Doctor Strange. Now, Michael Waldron is breaking his silence on why she had to be the villain. While speaking with The Wrap, Waldron explains the reasoning behind the choice.

“There was always the notion of her as part of the ensemble and this discussion of does she go bad at the end? I mean, it’s always been in the cards because it’s who the character is in the comics, building to ‘House of M ‘ and all that stuff, there’s Wanda descending into madness,” Waldron reveals. “We were excited about the idea of ​​making her the primary antagonist in the film because it felt like there was no stronger antagonist. And it felt like to have her as just a member of an ensemble only to turn bad at the end would actually be shortchanging both versions of that journey. You’d get maybe a lousy version of her fall from grace, and also maybe a lousy version of her being a villain, as opposed to the really fun version of her being the villain.”

Marvel Studios describe Doctor Strange in the Multiverse of Madness as follows: “To restore a world where everything is changing, Strange seeks help from his ally Wong, the Sorcerer Supreme, and the Avengers’ most powerful Scarlet Witch, Wanda. But a terrible threat looms over humanity and the entire universe that no longer can be done by their power alone. Even more surprising, the greatest threat in the universe looks exactly like Doctor Strange.”

The film is directed by the legendary Sam Rami and will star Benedict Cumberbatch as Doctor Strange, Benedict Wong as Wong, Rachel McAdams as Christine Palmer, Elizabeth Olsen as Wanda Maximoff/ Scarlet Witch, Patrick Stewart as Professor Charles Xavier, Xochitl Gomez as America Chavez and Chiwetel Ejiofor as Baron Mordo. Doctor Strange in the Multiverse of Madness is in theaters now!

What do you think about the alternate designs? Let us know your thoughts in the comments section below or by hitting up our writer @NateBrail on Twitter!