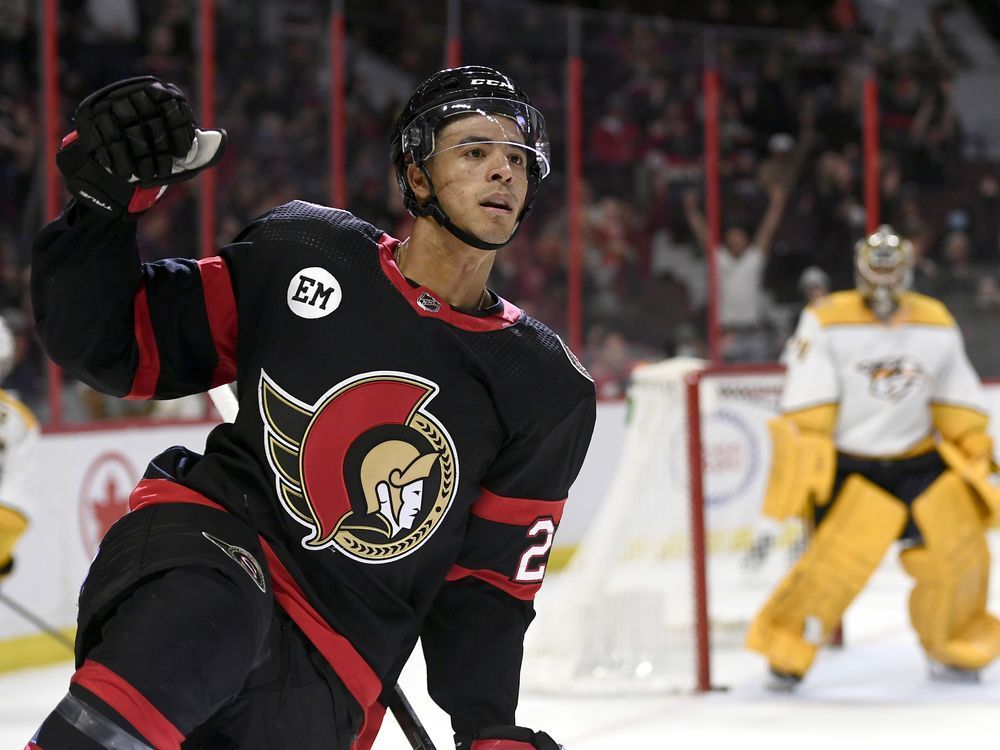 Joseph had earlier filed for salary arbitration, but the new contract means that Joseph is all locked up now in advance of training camp in September.

Acquired at the March trade deadline as part of the swap that shipped Nick Paul to the Tampa Bay Lightning, Joseph scored four goals and eight assists in 11 games with the Seantors before a season-ending injury to his sternum and ribs. Joseph registered his first career hat trick, and added an assist, in a 5-2 win over the Detroit Red Wings on April 1.

Joseph, 25, has scored 41 goals and 41 assists in 232 NHL games with the Lightning and Senators and will likely slot in on a third line, perhaps playing alongside Shane Pinto.

“Mathieu’s addition made an immediate positive impact as someone who fit in well with our group,” Senators general manager Pierre Dorion said in a statement released Thursday night after the signing was made official. “He has high end speed, a nose for the net and is responsible in his own end. He has long demonstrated good upside and is someone we’re counting on to have another solid season, both in 2022-23 and beyond.”

The deal with Joseph continues what has been a busy summer for Dorion and the organization. The Senators acquired winger Alex DeBrincat from Chicago in a trade that sent the seventh overall draft pick to the Blackhawks. In an additional move, the Senators brought in goaltender Cam Talbot from the Minnesota Wild for Filip Gustavsson. Talbot and Anton Forsberg are expected to compete for the number one job.

When the free agency opened, the Senators also signed veteran center/winger Claude Giroux to a three-year, $19.5 million deal. Giroux is expected to slot in somewhere on the club’s top two lines, perhaps playing on a line with Tim Stuetzle.

According to capfriendly.com, the Senators now have a salary cap hit of $74.56 million.

There remains work to be done.

Winger Alex Formenton and defenseman Erik Brannstrom remain unsigned as restricted free agents. There also remains some uncertainty on the blue line and the addition of another top four defenseman would take heat off Chabot, Anton Zub and incoming rookie Jake Sanderson.

Sign up to receive daily headline news from the Calgary Herald, a division of Postmedia Network Inc.

The next issue of Calgary Herald Headline News will soon be in your inbox.