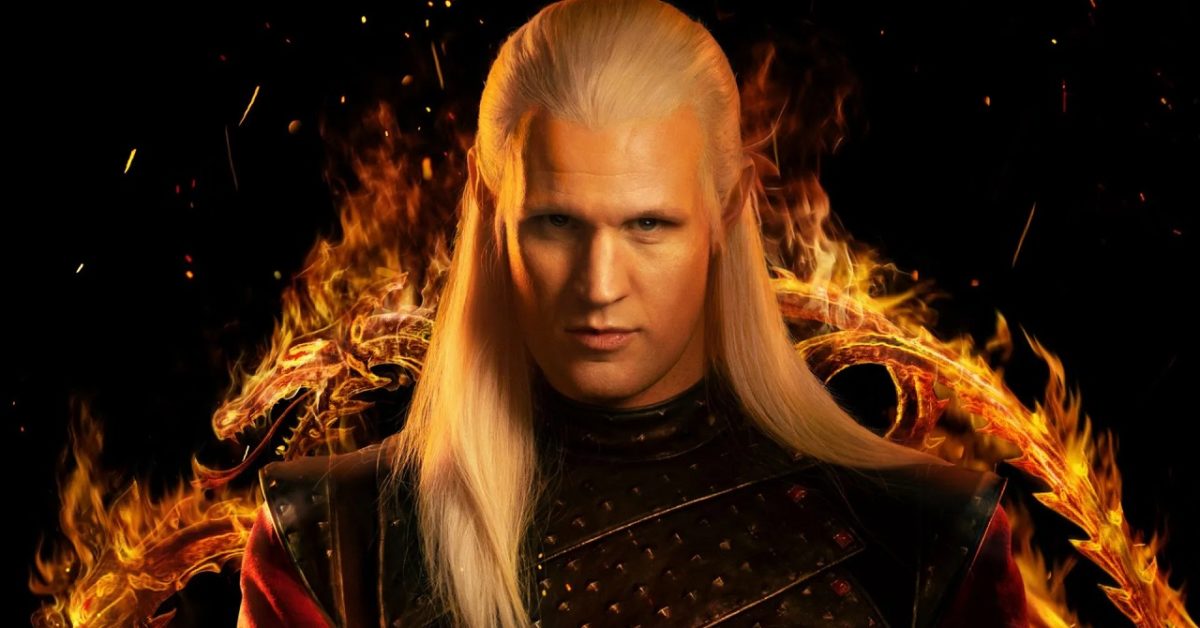 Even though there’s still a little more than two weeks to go until Ryan County & Miguel Sapochnik‘s ten-episode “Game of Thrones” prequel series House of the Dragon gets unleashed across our screens, it’s starting to feel like maybe HBO could move up the premiere? We’re just putting that out there because we don’t know how many questions are left to be asked, answered, asked again, and then answered again (and so on and so on). But until that happens, we’re going to keep covering the more eyebrow-arching quotes from across the sea of ​​interviews. For example, Rolling Stone UK had an excellent profile of matt smith (Doctor Who), who portrays Prince Daemon Targaryen, the younger brother of Paddy Considine‘s King Viserys. For this go-around, Smith offers a fan’s perspective on the GOT series finale. And from there, he weighs in on his character’s sex scenes and his feeling that the number was “slightly too much.”

Smith on GOT Finale: “I think you’re always going to disappoint some people. Ultimately, the body of work they produced stands up. Was it a perfect ending? It’s a matter of opinion. It didn’t bother me, I liked it.”

Smith on Sex Scenes: Confirming that Daemon won’t be lacking in his share of sex scenes (“Yeah — slightly too much, if you ask me”), Smith found himself asking if all of them were necessary: ​​”You do find yourself asking, ‘Do we need another sex scene?’ And they’re like, ‘Yeah, we do.’ I guess you have to ask yourself: ‘What are you doing? [we’re living in]?’ And I actually think it’s your job to represent the books truthfully and honestly, as they were written.”

And here’s a look back at the previously-released official trailer for the series, set to premiere on August 21st:

Paddy Considine as King Viserys Targaryens, chosen by the lords of Westeros to succeed the Old King, Jaehaerys Targaryen, at the Great Council at Harrenhal. A warm, kind, and decent man, Viserys only wishes to carry forward his grandfather’s legacy from him. But good men do not necessarily make for great kings.

Matt Smith as Prince Daemon Targaryens, younger brother to King Viserys and heir to the throne. A peerless warrior and a dragonrider, Daemon possesses the true blood of the dragon. But it is said that whenever a Targaryen is born, the gods toss a coin in the air…

Olivia Cooke as Alicent Hightower, the daughter of Otto Hightower, the Hand of the King, and the most comely woman in the Seven Kingdoms. She was raised in the Red Keep, close to the king and his innermost circle of him; she possesses both a courtly grace and a keen political acumen.

Emma D’Arcy as Princess Rhaenyra Targaryen, the king’s first-born child, she is of pure Valyrian blood, and she is a dragonrider. Many would say that Rhaenyra was born with everything… but she was not born a man.

Steve Toussaint as Lord Corlys Velaryon, “The Sea Snake.” Lord of House Velaryon, a Valyrian bloodline as old as House Targaryen. As “The Sea Snake,” the most famous nautical adventurer in the history of Westeros, Lord Corlys built his house into a powerful seat that is even richer than the Lannisters and that claims the largest navy in the world.

Eve Best as Princess Rhaenys Targaryena dragonrider and wife to Lord Corlys Velaryon, “The Queen Who Never Was” was passed over as heir to the throne at the Great Council because the realm favored her cousin, Viserys, simply for being male.

Fabien Frankel as Ser Criston Cole, of Dornish descent, the common-born son of the steward to the Lord of Blackhaven. Cole has no claim to land or titles; all he has to his name de el is his honor de el and his preternatural skill with a sword.

Sonoya Mizuno as Mysaria, who came to Westeros with nothing, sold more times than she can recall. She could have wilted… but instead she rose to become the most trusted—and most unlikely—ally of Prince Daemon Targaryen, the heir to the throne.

Rhys Ifans as Otto Hightower. The Hand of the King, Ser Otto loyally and faithfully serves both his king and his realm of him. As the Hand sees it, the greatest threat to the realm is the king’s brother, Daemon, and his position as heir to the throne.

Milly Alcock as Young Princess Rhaenyra Targaryen. She’s the king’s first-born child, of pure Valyrian blood, and she is a dragonrider. Many would say that Rhaenyra was born with everything… but she was not born a man.

Emily Carey as Young Alicent Hightower, the daughter of Otto Hightower, the Hand of the King, and the most comely woman in the Seven Kingdoms. Alicent was raised in the Red Keep, close to the king and his innermost circle of him; she possesses both a courtly grace and a keen political acumen.

Ryan Corr as Ser Harwin ‘Breakbones’ Strong. ‘Breakbones’, Harwin is said to be the strongest man in the Seven Kingdoms. Ser Harwin is the eldest son to Master of Laws Lyonel Strong and heir to Harrenhal.

Wil Johnson as Ser Vaemond Velaryonyounger brother to Coryls Velaryon and commander in the Velaryon navy.

Graham McTavish as Ser Harrold Westerling, who has served in the Kingsguard since the days of King Jaehaerys; he is a paragon of chivalry and honor.

Ewan Mitchell as Aemond Targaryen, second-born son of Viserys, nephew to Daemon, and half-brother to Rhaenyra.

Matthew Needham as Larys Strongyounger son of Master of Laws Lyonel Strong, brought to court by his father.

Gavin Spokes as Lord Lyonel StrongMaster of Laws to King Viserys and Lord of Harrenhal.