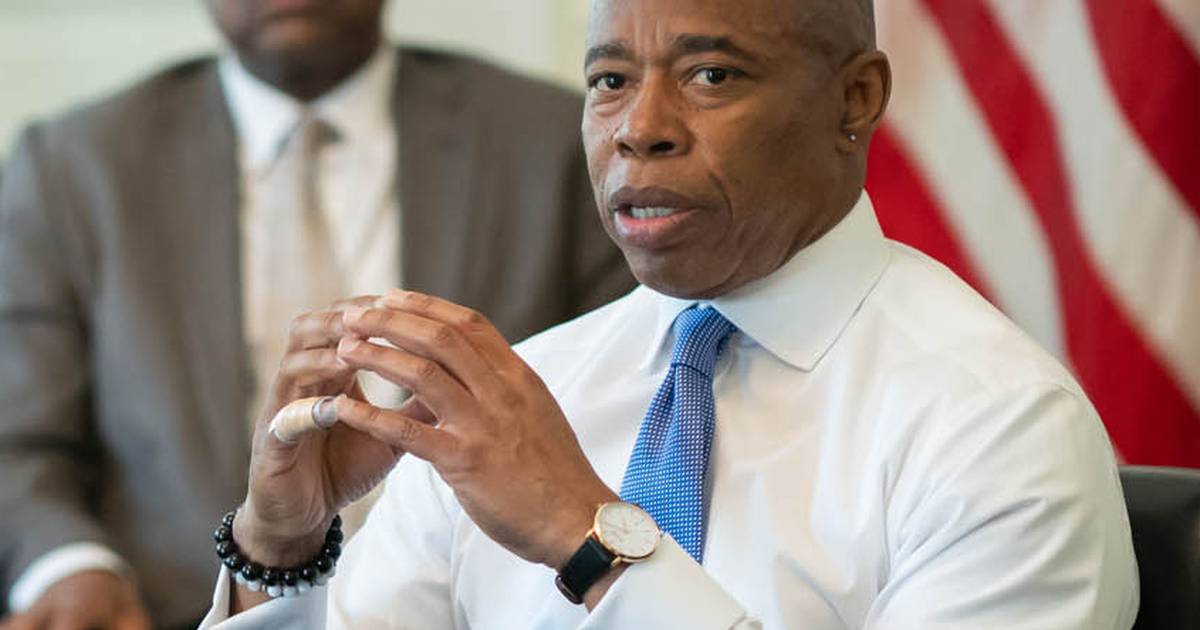 New Yorkers should be “very afraid” of what will happen on city streets if the Supreme Court strikes down a state law requiring a license for carrying a concealed firearm, Mayor Adams said Thursday.

The Supreme Court is in coming weeks expected to issue a decision in a case brought by a New York gun group that wants the longstanding weapon license law repealed — and Adams said at a press conference in Harlem that he has a hunch about how the top court will rule.

“After what we saw the Supreme Court did on abortion, we should be very afraid,” he told reporters, referring to a leaked draft ruling from the court’s right-wing majority that would revoke the Roe v. Wade decision on reproductive rights. “In densely populated communities like New York, this ruling could have a major impact on us. So we are now looking with our legal experts to see what we can do… But we should all be concerned.”

The lawsuit before the Supreme Court was filed by the New York State Rifle and Pistol Association and contends that the licensing law is violating the Second Amendment by only allowing concealed carry permits to be issued to those who can show “proper cause” for keeping a hidden weapon on them in public.

If the court rolls back the century-old law, the national implications could be massive, as dozens of other states have similar permit requirements on the books.

During oral arguments in the case last year, Supreme Court Justice Samuel Alito — who penned the leaked Roe repeal draft — suggested it’s not fair that “law-abiding people” can’t carry weapons in the New York City subway system while “all these people with illegal guns” can. The remark set off alarm bells among gun control advocates, who interpreted it as a signal that Alito and other conservatives on the court may be inclined to roll back the law.

Adams, who has made cracking down on gun violence his top policy priority as mayor, said he’s hopeful that the city will be able to “carve out” zones where guns will be prohibited even if the top court scratches the licensing requirement, such as schools and subways.

But he acknowledged there will likely be court fights over those issues as well.

“This is going to be a legal battle for some time, but the lawyers are looking at it,” he said. “We’re not sleeping on this ruling, on this decision that’s coming down.”

Concern over the Supreme Court ruling comes as Adams is scrambling to address gun violence in the city.

While shootings have dropped slightly in recent weeks as compared to the same point last year, the rates remain much higher than pre-pandemic levels.

The situation has been exacerbated by a string of recent high-profile shootings, including Tuesday night’s shootout in the Bronx that left a 25-year-old suspect dead and an NYPD officer wounded, the eighth cop to get shot in the city this year.

At Thursday’s Harlem event, Adams said part of why he’s struggling to put a lid on gun violence is that he believes current laws are too lax.

“We did our job of getting guns off the street. Keeping the shooters off the streets is still failing,” he said. “And so unclog our courts, start to sentence these shooters, modify those parts of the laws that allow shooters to come back onto our streets — those are the pieces that we need that are missing.”