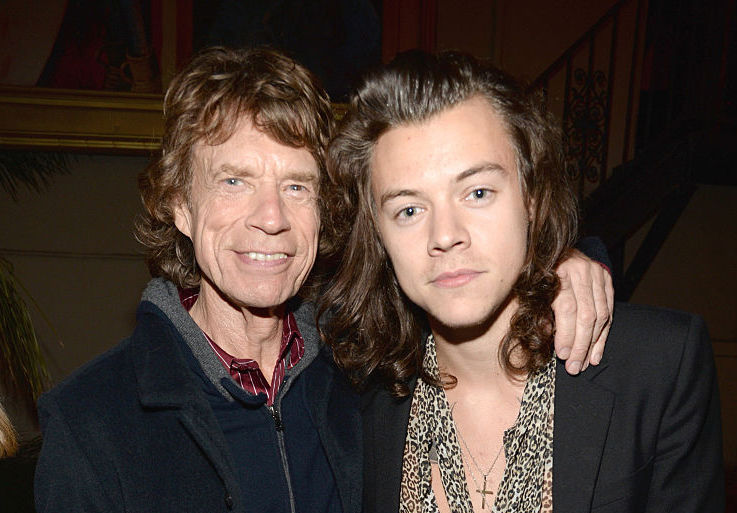 Mick Jagger has apparently had enough of the comparisons between himself and Harry Styles. The Rolling Stones frontman was asked about the Harry’s House singer for the umpteenth time in a new interview with The Times UKand the response was less-than-complimentary.

“I like Harry — we have an easy relationship. I mean, I used to wear a lot more eye make-up than him. Come on, I was much more androgynous,” Jagger said.

“And he doesn’t have a voice like mine or move on stage like me; he just has a superficial resemblance to my younger self, which is fine. I can’t help that.”

Styles has long declared Jagger as one of his chief influences — he called Mick “the coolest man on the planet” — and even played into the “superficial resemblance” between the two singers when Styles impersonated Jagger on an April 2017 episode of Saturday night Live.

However, Jagger has been accepting but dismissive of Styles, even dating back to the One Direction days; as Jagger said of Styles in a 2015 interview, “He’s got it going on. I know him, he comes to see me in lots of shows. And yeah, I can see the influence. But I don’t say anything to him, I just tell him he looks nice. I like him. He’s very decent.”

In addition to slighting Styles, the Times UK interview also features Jagger’s most significant reflection on Charlie Watts since the drummer died in August 2021.

“I don’t really expect him to be there any more if I turn round during a show. But I do think about him. Not only during rehearsals or on stage, but in other ways too,” Jagger said, “I would have phoned him up and talked about last night’s Arsenal game because he supported Tottenham and I’m Arsenal. I miss him as a player and as a friend.”

He added, “In the show, when we come to the front and bow at the end, there’s no Charlie. He’d always be the last one down. I’d go: ‘Come on, what have you got to do?’ He’d be fiddling with his sticks because he always had to have them in a row before he’d get off the seat.