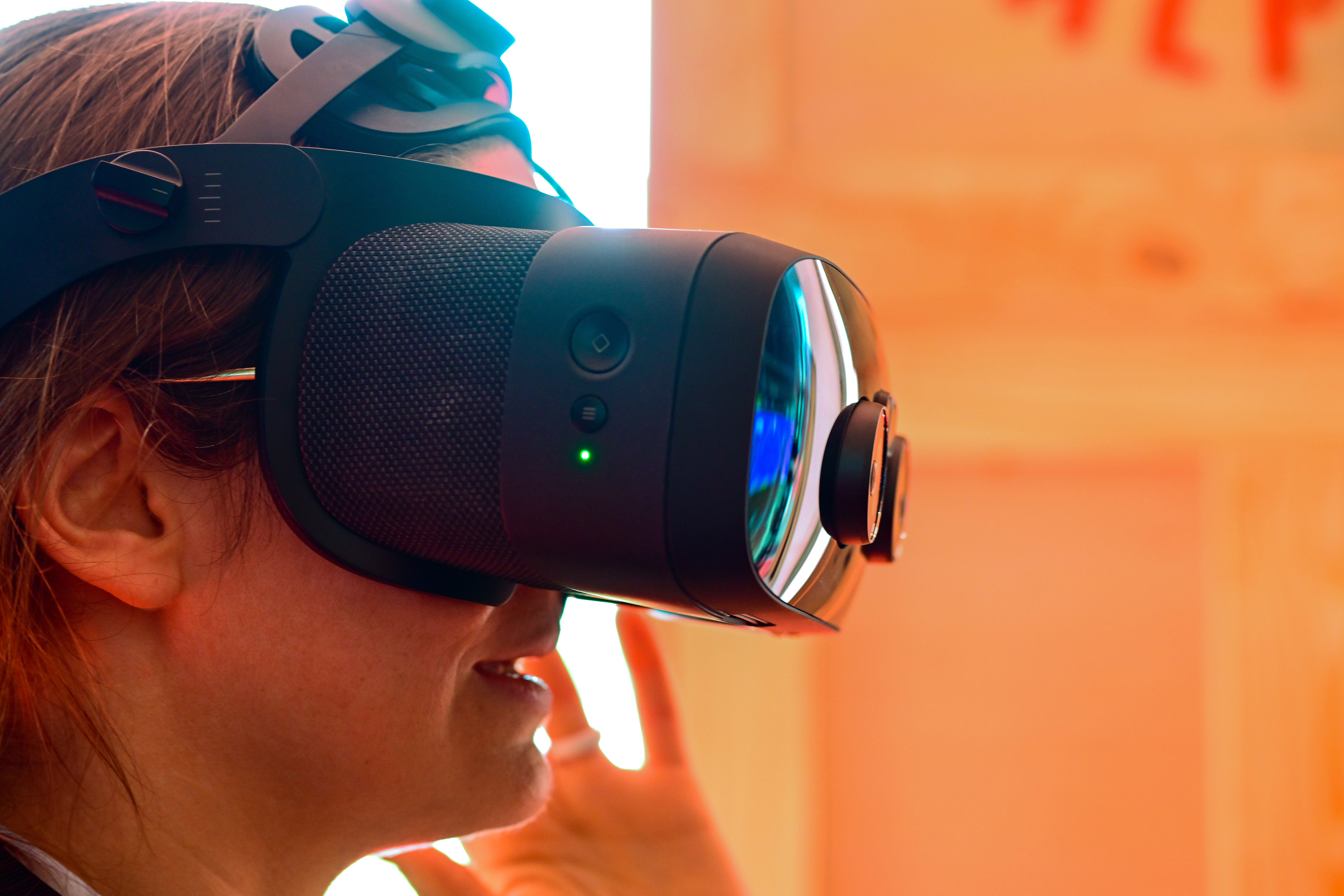 I completed a check of the primary flight display, then the trim wheel as I reached for a minor adjustment, and over to the flap lever. My eyes traveled down farther, where the co-pilot seat should be—but the scene was disrupted by the bright red carpet of the Redbird Flight exhibit at EAA AirVenture Oshkosh.

Virtual reality blends with real-world visual cues in the proof-of-concept mixed-reality desktop flight training device Redbird is showingcasing at its booth all week at AirVenture. The system uses a Redbird TD desktop simulator base, a Varjo XR-3 virtual reality headset, and software and an image generator computer from simulation and training company Quantum3D to create an immersive simulation experience desired by customers in science, technology, engineering, and math education.

“They have honestly been hounding us for years for a virtual reality sim,” said Josh Harnagel, vice president of marketing for Redbird. The technology wasn’t there yet for a cost-effective, realistic VR system that worked in the flight training environment, but Harnagel said it’s gotten dramatically better. The proof of concept is Redbird’s foray into the virtual reality space, and its mixed-reality technology aims to solve one of the critical drawbacks to VR.

Cameras, sensors, and lidar allow the system to determine what the user sees of the virtual world and what she sees of the real world, and I found the transition surprisingly smooth looking from the virtual skyline of floating buildings down to the panel and my hands . The system reduces pixel density for quick head movements, which induced a bit of vertigo—one of several challenges ahead for Quantum3D and Redbird as they explore mixed-reality integration. Redbird also is considering the human factors of a training environment where the instructor is outside the simulation. Can students learn as well if they can’t look their instructor in the eye?

It may not matter if the model doesn’t fit the traditional flight training environment, as Redbird’s customers are increasingly STEM educational programs. In the past year, Harnagel said, high schools, colleges and universities, and other educational institutions have become a huge part of the company’s market, growing to 60 or 70 percent of new sales. While flight schools are typically small businesses, their fates tied to ups and downs of the economy, Harnagel said, “Perkins money doesn’t care about the economy.” Additionally, news coverage of the professional pilot shortage has piqued the interest of educators looking to highlight career paths for students.

Also at AirVenture, Redbird announced the US Air Force will be using Redbird simulators for mixed-reality training, with an order of 25 advanced aviation training devices to provide type-specific training for the Raytheon T-1A Jayhawk twin-engine jet. The setup, using a separate simulation engine with mixed-reality technology from Science Applications International Corp., will replace the fleet of T-1A aircraft used for jet transition training.

Redbird also announced that Tom Haines, former AOPA editor in chief and senior vice president of media, communications, and outreach, has joined the company’s board of directors.