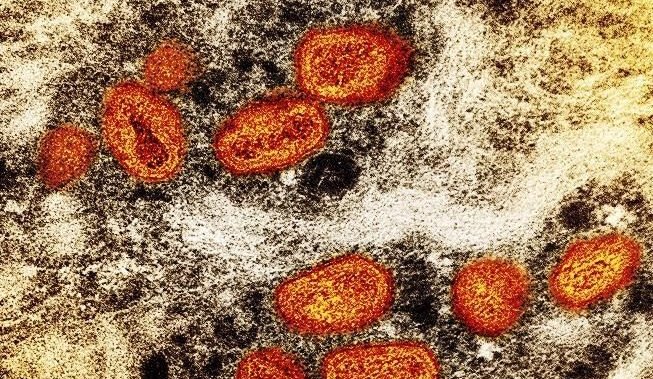 Canada has reported 890 monkeypox cases as of Aug. 3, with Ontario reporting the most cases, the Public Health Agency of Canada (PHAC) said on Wednesday.

Ontario reported 423 cases. There are 373 cases reported in Quebec, 78 in British Columbia, 13 in Alberta, two in Saskatchewan and one in Yukon.

Monkeypox is a viral infectious disease related to smallpox, according to PHAC. The agency is working with provinces, territories and international partners to actively monitor the situation in Canada.

Most people who are infected with monkeypox could recover on their own after a few weeks, but in some circumstances, people can become very sick and die, PHAC states on its website.

Infected individuals usually develop symptoms five to 21 days after being exposed to the monkeypox virus, which includes a painful rash that could last between 14 and 28 days.

The rash can be accompanied by other symptoms, including fever, chills, headache, swollen lymph nodes, muscle pain, joint pain, back pain and exhaustion.

PHAC advises individuals who are infected to isolate at home and contact their health-care provider or local public health authority.

On July 23, the World Health Organization (WHO) declared monkeypox a public health emergency of international concern.

“WHO’s assessment is that the risk of monkeypox is moderate globally and in all regions, except in the European region where we assess the risk as high,” said WHO Director-General Tedros Adhanom Ghebreyesus.

According to the US Centers for Disease Control and Prevention, there are 26,208 cases of confirmed monkeypox cases across 87 countries as of Aug. 3.

Spain reported a second death caused by monkeypox on July 30. Those two deaths are believed to be the first confirmed since the outbreak in the European Union, the Associated Press previously reported.

Monkeypox spreads from person to person, through contact with contaminated objects, and from animals to humans, PHAC states.

Individuals might be infected during sexual contact — including oral and non-penetrative contact, when providing care to an infected person, or when living in the same household with an individual who carries the virus.

To minimize the risk of getting infected with the monkeypox virus, PHAC recommends individuals use condoms, practice safe sex and have fewer sexual partners.

Montreal health officials said men who have sex with men should get vaccinated against monkeypox instead of limiting the number of people they have sex with, the Canadian Press reported.

In Canada, adults who are 18-year-old and older are eligible for the IMVAMUNE vaccine, which was initially developed to be used for the prevention of smallpox.

— With files from The Canadian Press and the Associated Press