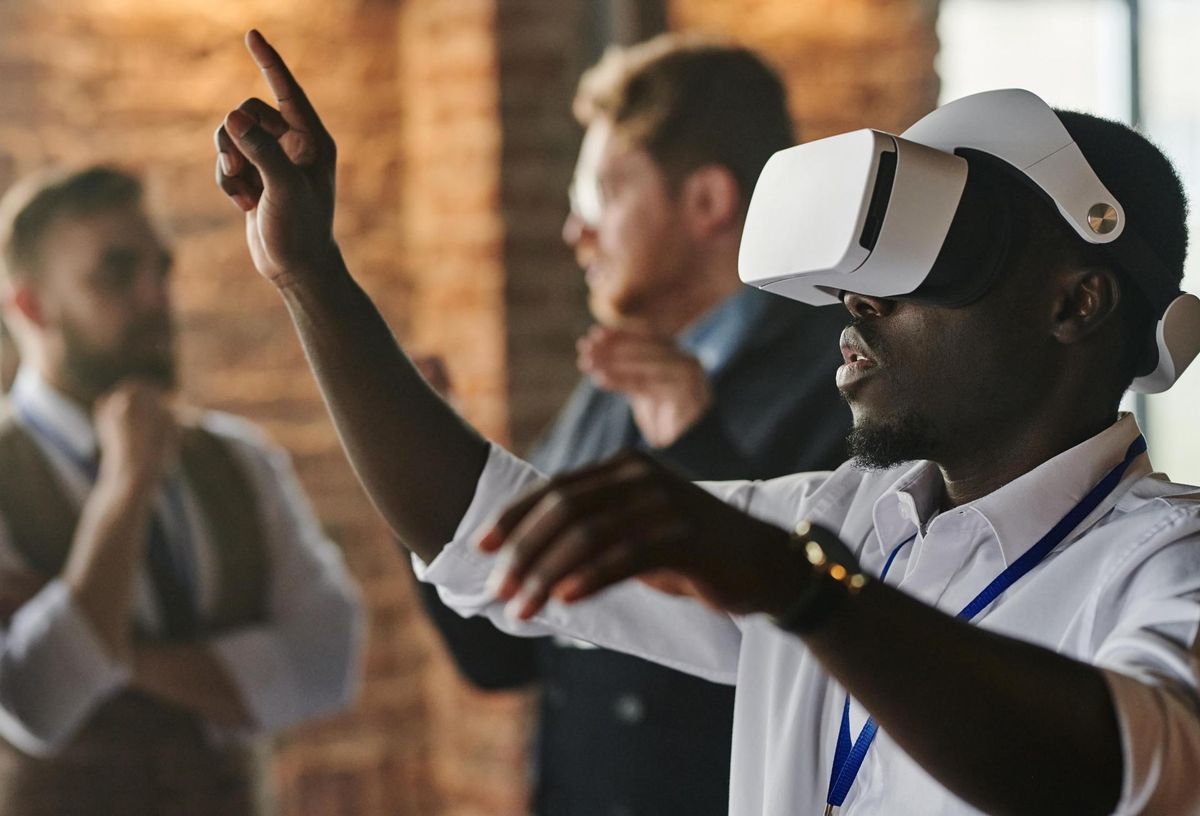 Architecture firms on the cutting edge of technology are incorporating the use of augmented and virtual reality as a way to help clients better visualize designs.

The A&D industry has used 3D renderings as a visualization tool for years, but VR and AR take the experience one step further by allowing clients to interact with their space without ever entering the building. Supporters of the technology say this saves time and money by eliminating confusion about how a final design will look.

“When you work as a designer or an architect, you’ve been trained … to just look at a blueprint or a model and perfectly understand the space, but your clients generally do not understand,” said Frédéric Sanz, CEO of Univrse, to platform that allows VR professionals to create their own metaverse. “There is a big communication gap between her designer and her clients because they’re not speaking the same language. VR is the perfect tool to speak the same language.”

The technology is still fairly new, and when looking at the industry as a whole, only a small percentage of firms are among the early adopters. According to the American Institute of Architects’ latest Firm Survey Report, just 9% of companies reported using VR for design and project purposes in 2019.

But that is expected to change as AR and VR become more accessible. Between 2020 and 2025, ARtillery Intelligence estimates that enterprise AR spending will grow from $4.08B to $21.8B.

“In terms of AR/VR technologies being a fad, that just seems short-sighted — they provide opportunities to communicate in a different medium,” said Christopher Morse, lead XR developer for Assembly OSM. “We aren’t making a value proposition that VR is better than a 2D rendering — it’s just different, and there are different things you learn from it.”

Traditionalists are reluctant to embrace the technology for several reasons, ranging from the issue of cost to the idea that it could lead to the elimination of human expertise altogether.

Confronting these misconceptions while also helping the industry understand that AR is meant to advance the work of architects and designers, not replace them, is a big part of what Kevin Hart does in his role as CEO of Dallas-based AR experience company Aireal.

“The status quo bias is essentially that innovation is going to cost significantly more than what it really does and that it is going to provide significantly less benefit than what it really does,” he said. “That is something you constantly overcome, and the only way to battle it is through education or literally being hands-on with the experience.”

Rather than designing a space, building it and then experiencing it, Aireal’s software allows developers and tenants to experience a space before it is ever constructed, Hart said. This sets a unified expectation for all parties involved, I have added.

“It increases overall development efficiency, it improves overall customer sentiment because they have confidence in what the whole process is going to be, and it’s saving the developer a lot of cost because they are derisking the investment,” Hart said.

AR and VR can also help building owners understand how their space will interact with the surrounding environment. Technology used by New York-based SHoP Architects has an embedded sun-slider that uses the precise location of the site to determine shadow impacts on adjacent buildings at any given point of the day.

“We are able to do that very quickly, which actually decreases the amount of time it takes for our clients to pick a massing,” said Adam Chernick, SHoP’s director of interactive visualization. “That process … typically takes about two to two-and-a-half months, but with this technology, we are able to get it down to three to four weeks, which is substantial.”

AR and VR are also useful in the construction phase of a project, Chernick said. The technology improves communication with general contractors by allowing architects to identify design issues early in the process, which increases efficiency and improves delivery times.

“Instead of looking at 1,000 pages of construction documentation in two dimensions, you’re able to get in there together, simultaneously, and look at a specific design and talk through how we are going to realize that piece of architecture,” he said.

A lesser-known benefit to VR and AR is that they may also conserve resources, said Gracie Andraos, principal and director of design and interiors at HKS, where VR is used in the schematic phase and during design development. Workspace projects usually involve a live mock-up of furniture, for example, and in some cases, those materials are not reused.

“It’s a huge effort, and it can lead to a huge waste of resources from a materiality standpoint,” Andraos said. “There’s a huge difference between seeing it with your own eyes and touching it … but I think it’s a great tool in saving something that might go to a landfill later on.”

When it comes to concerns about cost, Hart said Aireal’s technology is priced competitively with what architects pay for both static and 3D renderings. But another mitigating factor is that Aireal’s AR can be accessed via an iPad and iPhone. This not only saves money but also increases palatability for dubious clients, Hart said.

“The way that we remove the barrier of entry here and ultimately the chasm of failure is that we are using the devices people already have,” he said. “You don’t have to have some expensive headset — you can literally just use your phone, and that’s enough to articulate what the vision is.”

SHoP Architects employ the use of both VR and AR in its design process.

Michel Borg, design director at Page, said he is supportive of AR/VR as long as design professionals are included in the process. Technology that allows laypeople to build and customize their own spaces is a slippery slope toward eliminating the human relationship between client and architect that ultimately shapes the way the client experiences life through their built environment.

“It’s not about authorship; it’s not about holding onto the reins,” he said. “My whole goal in my career is to create an environment that really elevates the way people live, work and play. If a design professional is left out of the equation, you compromise all of those things.”

Rashed Singaby, principal and senior project designer at HOK, said his firm has been using VR technology since 2017. The tech is most useful for large-scale projects, he said, where headsets can be used to fully immerse a person into the space.

“This is just a tool like any other tool, and there is nothing that can ever replace the creative mind of a human,” he said. “For us, it is most helpful to communicate design intent to clients who are not necessarily versed in architectural drawings or can understand 2D projection plans.”

AR and VR are not intended to replace the traditional way of doing things, Andraos said, but rather enhance existing processes. The old-school model of using a pen and paper to sketch a space is still superior to the digital alternative, Andraos said, but new technology takes the process one step further.

“You can always tell when something started off in the computer and not pen and paper,” she said. “There’s a balance, and that applies to all technology. You can’t just throw away what has worked in the past.”

Even more progressive than the incorporation of AR/VR is use of the metaverse, a technology that most people have yet to wrap their heads around. Singaby said architects could meet their clients within this parallel digital universe to alter the design of a proposed or existing building in real time.

“When you’re designing virtual spaces in the metaverse, really the constraints go away,” he said. “We’ll see how that starts to shape up, but if there is one thing architects are good at, it’s design, whether on screen or built spaces. VR goggles are almost the gateway into that world.”

The real estate industry, both commercial and residential, has been slow to adopt new technologies in the past. There is still a long way to go before VR/AR is widely used in enterprise settings, but Chernick said a push toward hyper-realism could be what makes the technology mainstream.

“There is a fundamental shift within the industry, where instead of 3D artists trying to create objects that look like objects in the real world, we’re actually scanning the real world and bringing it into these digital environments,” he said. “That’s really what I think is going to usher in the new wave of adoption.”

Hart said the best way to convince people this technology is more than just a short-lived novelty is by increasing convenience and scalability so that it becomes accessible to everyone. Until then, testing the technology usually helps people overcome any preconceived notions.

“If you try to dump the kitchen sink right from the get-go, you’re thinking about it wrong,” he said. “You have to think about how you are articulating your vision and allowing people to experience what the final product is going to be in its absolute realest form.”