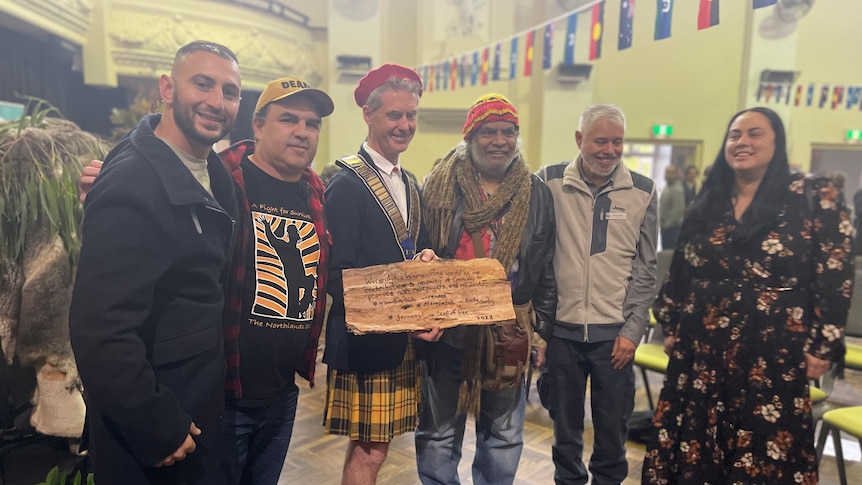 The City of Moreland will soon cease to exist, with the area to be renamed in a vote by ratepayers.

The local council opted to change the name after the Wurundjeri Woi-wurrung community informed them of the slavery links to the “Moreland” name.

Mayor Mark Riley said the change was all part of a reconciliation plan between the council and Traditional Owners.

“The name of a city is of fairly important significance and symbolism to the city and if it’s excluding somebody, why would you want to keep it?” he said.

“It all stems from that commitment that we have to the Wurundjeri Woi-wurrung to take action and really implement change.”

Ratepayers will be able to vote on the three options in Woi-wurrung language over the next month before the new name is unveiled in July.

The options put forward by the Aboriginal Heritage Council are:

Half a million dollars will be spent over two years upgrading major council buildings and digital platforms with the new name, with the remaining minor works to be completed over the next decade.

The council said the community are supportive of renaming the area and chose not to consult with ratepayers on the decision to change the name.

“We didn’t need to ask whether we should change the name, we just needed to go out and ask what the new name should be,” Cr Riley said.

“There are some people who are concerned we didn’t go out and ask ‘should we change it?’ but many people just go ‘nope, we don’t want racism, we don’t want offense here, we want an inclusive name’,”

The Wurundjeri Cultural Aboriginal Heritage Council was tasked with selecting three words in Woi-wurrung language for residents to choose from.

“It means a lot, the Moreland City Council has always been very supportive of the Wurundjeri people,” he said.

“It’s a step forward not just for our community but Indigenous people Australia-wide and everyone as a whole going forward as one.”

“Moreland has led by example here. This is treaty in action,” she said.

“I’d like to see more councils doing this absolutely, and also lets talk about it at the state and federal levels, let’s change the nation for the better.”

How did a Melbourne council end up being named after a Jamaican slave plantation?

The area was named in 1994 by the state government, when Brunswick, Coburg and part of Broadmeadows council areas merged to form the new “City of Moreland”, a throwback to the colonial name for the land.

“Moreland” was originally bestowed on the area by land speculator Farquhar McCrae in 1839.

McCrae acquired the land between Moonee Ponds Creek to Sydney Road soon after arriving in Australia, and named it “Moreland” after a Jamaican slave plantation run by his father and grandfather.

Cr Riley said the new name should be something the whole community was proud of.

“Renaming our council is a small but significant step we can take to right the wrongs of the past and come together to walk a path of reconciliation,” he said.