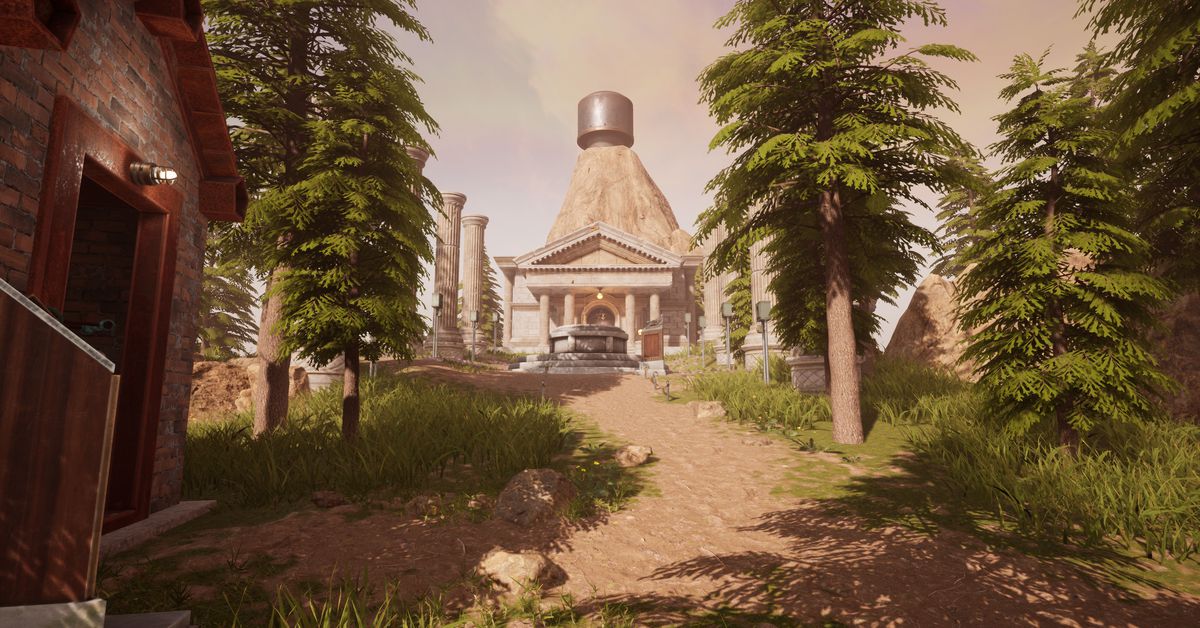 Beloved game Myst is being turned into a virtual miniature golf course.

(Yes, you read that correctly.) The walking simulator and puzzle game originally released in 1993 will be revived as part of a DLC pack for a VR mini golf game called Walkabout Mini Golf. The additional content will be available later this year on Meta Quest and Steam VR.

Walkabout Mini Golf was developed by Mighty Coconut, which is partnering with the original developer of Myst, Cyan Worlds, to bring the golf course to life. The DLC will combine the “spirit and puzzles of Myst with the connection and fun of mini golf,” according to a tweet from Cyan Worlds. The DLC will include 36 holes consisting of two courses with holes of varying difficulty.

the basegame, Walkabout Mini Golfis already out (and also has a course based on the David Bowie fantasy film labyrinth on the way). The game’s Steam page touts “realistic physics” along with the ability to play a private game with up to five people. So if you feel like getting a group together to putt and solve some puzzles at the same time, you can do so with this new DLC.