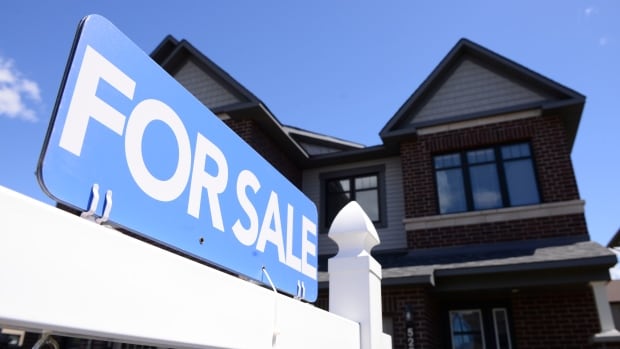 The percentage of Ottawa home sales over $1 million has increased from four per cent of the market in 2020 to 18 per cent so far in 2022, according to a new report.

Another three houses went for more than $4 million each.

The report notes a 53 per cent increase in Ottawa’s average home price since 2020, pushing average property prices up during a “COVID buying frenzy.”

According to Steve Pomeroy, a housing policy researcher who teaches at Carleton and McMaster universities, reaction to this shift will depend on perspective.

“If you’re the owner of a home and your equity is increasing, sure, that’s a good thing,” Pomeroy said.

“If we’re concerned about the general health of the housing market or affordability for young families trying to get into the markets, I don’t think the market is particularly healthy.”

If we’re concerned about the general health of the housing market … I don’t think the market is particularly healthy.-Steve Pomeroy, researcher

According to Engel & Völkers, more recent figures indicate the market has plateaued.

March brought instability with the invasion of Ukraine and looming interest hikes.

June saw a 39 per cent drop in sales compared to April and May, with nearly 100 fewer homes selling for over $1 million. Sales had already dropped 16 per cent from March to April. The report said home sales under $1 million saw a similar trend.

Ottawa is “still a strong seller’s market” according to the report, but “conditions are not as extreme as previous years.”

“While June transactions do typically taper as many look toward their summer holidays, last month’s sales were at a slower pace than we have seen in well over a decade,” stated Ottawa Real Estate Board (OREB) president Penny Torontow in a July 6 news release.

OREB is an industry association of about 3,800 local brokers and salespeople. Toronto’s comments refer to all homes sold through its Multiple Listing Service (MLS) system.

According to the Engel & Völkers report, the leveling off of home sales signals “the arrival of normal-leaning market conditions, which held steady through June.”

“Historically, real estate in Ottawa has always been and will continue to be stable and dependable in the long term. We aren’t likely to ever experience the significant dips that other regions may see,” said the OREB news release.

Pomeroy also cautioned against accepting the conclusions of real estate firms who have a direct interest in the market.

“The realtors are trying to calm nerves and [speak] to folks who may be thinking, ‘I’ll sit on the sidelines for a while because mortgage costs are getting a bit expensive and prices appear to be moving downwards,'” Pomeroy said.