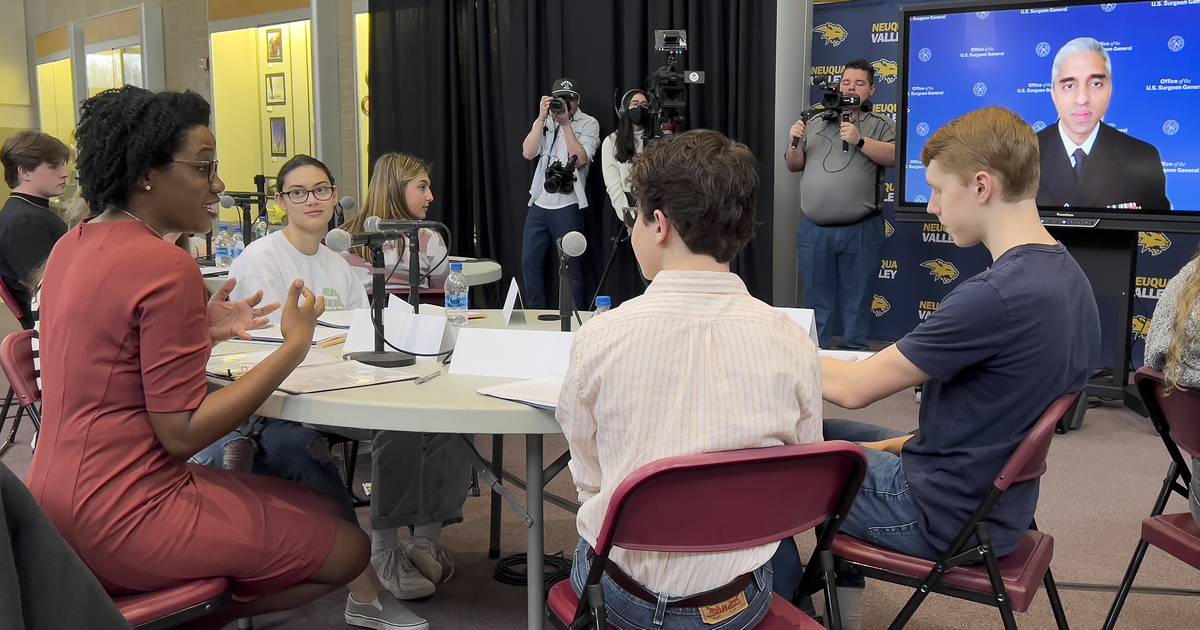 Near the end of a conversation with Neuqua Valley High School students, US Surgeon General Dr. Vivek Murthy asked the students to place their right hands on their hearts, close their eyes and think about the ones who love them.

The moment served as a powerful reminder that a few seconds of quiet reflection can be a valuable resource, even during the darkest of times.

“We don’t have a lack of ingenuity or committed individuals or resources,” Murthy said. “What we need more of is to connect them with one another, and that’s why I think these partnerships are so important.”

“Everybody struggles,” he said. “It was really important for me to get that out there. That no matter who you are, where you come from, where you’re going to be, it’s possible to struggle.”

At Monday’s discussion, students said there is a need for greater awareness regarding the resources designed to help with social and academic pressures.

“In a place like Neuqua, we have high standards, and it’s very nice to represent that image,” senior Roselynne Njau said. “We don’t feel like there’s a need to discuss what’s happening behind that image and what you portray to others.”

Murthy and Underwood praised the students for their courage in coming forward to speak. The students felt it was important to let others know they weren’t alone.