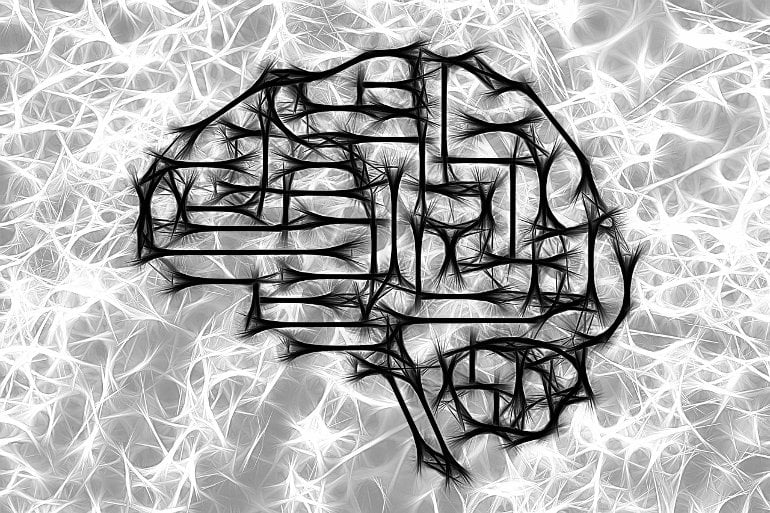 The study, published today in the journal Sciencealso presents a revised, new model showing how common genetic variants, while individually having a very small impact on disease, collectively may raise the risk of disease by disrupting specific transcriptional programs across the genome.

Typically, researchers have relied on genome-wide association studies (GWAS) in which they survey the genomes of a large group of people to identify genetic variants that increase risk for the disease. This is done by testing for markers along the chromosome, or loci, associated with a disease.

Each locus on average has dozens—and sometimes hundreds or thousands—of genetic markers in common that are co-inherited and therefore associated with the disease, making it difficult to identify which are actually the functional variants that cause disease.

Identifying the causal variants and the genes they impact is a major challenge in modern genetics and biomedicine. This study provides an efficient roadmap for tackling this problem.

For this this study, the authors conducted one of the first known uses of high-throughput testing to study neurodegenerative disease. The authors ran massively parallel reporter assays (MPRAs) to simultaneously test 5,706 genetic variants in 25 loci associated with Alzheimer’s and nine loci associated with PSP, a neurological disease that is much rarer than Alzheimer’s but has a similar pathology.

From that test, the authors with high confidence were able to identify 320 genetic variants that were functional. To validate the results, they ran a pooled CRISPR screen on 42 of those high-confidence variants in multiple cell types.

“We combined multiple advances that allow one to conduct high-throughput biology, in which instead of doing one experiment at a time, one does thousands of experiments in parallel in a kind of pooled format.

“This allows us to approach this challenge of how to move from thousands of genetic variants associated with a disease to identifying which are functional and which genes they impact,” said Dr. Dan Geschwind, the study’s corresponding author and the Gordon and Virginia MacDonald Distinguished Professor of Human Genetics, Neurology and Psychiatry at UCLA.

The study provides proof of principle that high-throughput testing can provide a “very efficient” roadmap for further research, Geschwind said, but he stressed that those approaches must be thoughtfully paired with more targeted experiments, as they were in this study.

“This success does not mean that we can jettison the kind of detailed, careful experimentation studying individual genes in model systems,” he said. “This just provides a key step between the GWAS and understanding disease mechanisms.”

Yonatan Cooper, the study’s lead author, said the combination of approaches the researchers took gave them greater confidence in their findings, while it also highlighted the inherent challenge in interpreting human genetic variation.

“We believe that integration of multiple methodologies will be critical for future work annotating disease-relevant variation in both the research and clinical domains,” said Cooper, who is a MD/Ph.D. candidate in the Medical Scientist Training Program at UCLA’s David Geffen School of Medicine.

The authors were also able to show in PSP at least one mechanism in which multiple loci associated with the disease acted additively to disrupt a core set of transcription factors, which essentially turn genes on and off, that are known to work together in specific cell types. .

Geschwind said this indicated that common genetic variation located across the genome was affecting specific regulatory networks in specific cell types. That finding, he said, identifies new potential drug targets and suggests that rather than targeting one gene, targeting a network of genes could be an effective approach.

“We’re entering in a new stage of therapies—it’s beginning to be plausible to think about targeting networks,” Geschwind said.

The widespread adoption of genome-wide association studies (GWASs) has revolutionized the detection of genetic loci associated with complex traits. However, identification of the causal variants and mechanisms underlying genotype–phenotype associations poses an enormous challenge because most common susceptibility loci reside in noncoding genomic regions and are composed of many correlated polymorphisms owing to linkage disequilibrium (LD). Massively parallel reporter assays (MPRAs) allow the high-throughput functional characterization of noncoding genetic variation, yet they have not been systematically applied to neurodegenerative disease. In this study, we used MPRA coupled with CRISPR-based validation to identify likely causal genetic variants underlying two neurodegenerative conditions that are neuropathologically linked by intracellular tau protein aggregation—Alzheimer’s disease (AD) and progressive supranuclear disease (PSP).

Neurodegenerative dementias such as AD and PSP are a major cause of morbidity and mortality worldwide. There are no disease-modifying therapeutics for either disorder, motivating major efforts to characterize disease pathogenesis. Identifying causal genetic factors and associated downstream risk genes are fundamental initial steps in developing a mechanistic understanding that would enable therapeutic development.

We tested the transcriptional regulatory activity of 5706 noncoding single-nucleotide variants, representing 25 genome-wide significant loci associated with AD and nine loci associated with PSP, by MPRA, using the neuroepithelial-like human embryonic kidney 293T (HEK293T) cell line. We identified 320 different functional regulatory variants (frVars) that affect gene expression within 27 of these loci. AD frVars were enriched within microglial enhancers, whereas PSP frVars were enriched within neuronal enhancers and, to a lesser extent, oligodendrocytes, consistent with differential cellular impact in each disease.