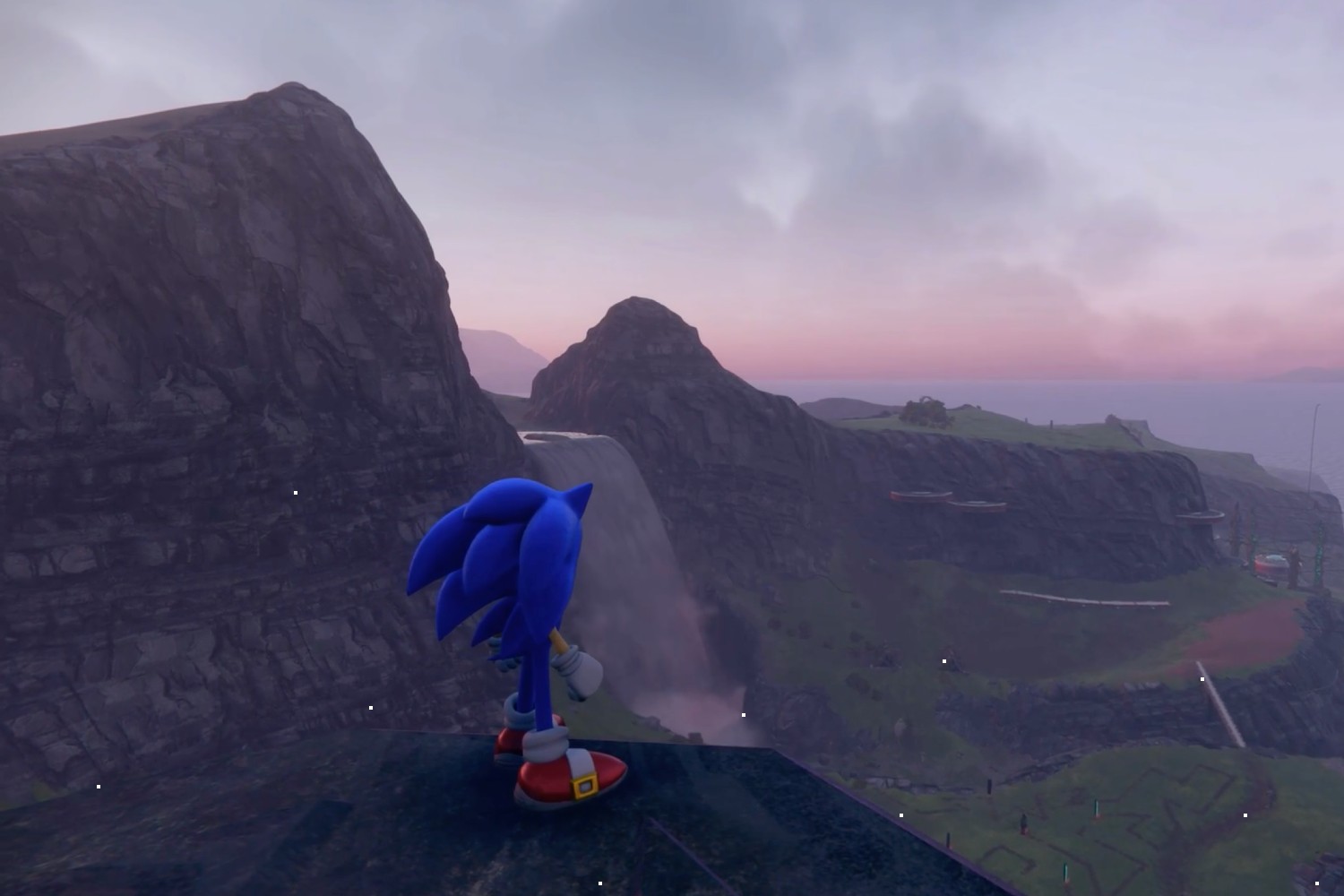 Sega gave us a taste of what the gameplay in sonic frontiers looks like in a short teaser trailer yesterday, the first trailer to be released since the game’s reveal at The Game Awards in December. Now, it has released a 7-minute gameplay clip, via IGN, which looks like a cocktail mix of The Legend of Zelda: Breath of the Wild and Pokemon Legends: Arceus.

In the gameplay video, Sonic scales up the tower ruin by running up the obsidian-esque glass walls, a gameplay element not seen since Sonic Lost World, and rock climbs them in short bursts before he runs up again. As he makes his way around the tower, he picks up a couple of new items: Hearts and purple coins. The hearts may be a universal symbol of health, if our experience with The Legend of Zelda franchise taught us anything, but the purple coins are a mystery.

sonic frontiersbeing an open-world game, has also brought puzzle-solving segments, which were also featured in Sonic Lost World — at least the 3DS version — but are now more complex. One of the puzzles involves rotating statues. Another has Sonic putting out torches by drawing circles with the cybernetic cyan and pink trail, triggering a wind attack. In one section, I have steps on lit tiles in a certain order. Once those puzzles are solved, a signal is emitted from that section revealing pathways and other items.

Sonic is also performing jump tricks once again for the first time since sonic colors. However, there aren’t any points or exclamatory remarks made for every trick performed.

Fans were quick to point out that the world in which Sonic finds himself is empty, which is to be expected when the game is set on an ancient, deserted island. But even so, the sonic frontiers being showcased now is a rough draft of how the final product will appear once the game releases within the next several months. It’s Sonic’s very first open-world game, so it’s understandable that fans are holding it to a higher standard.