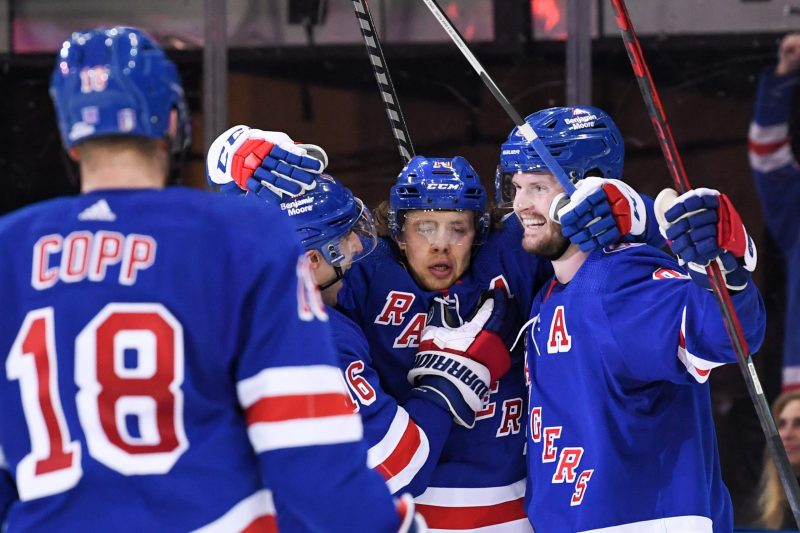 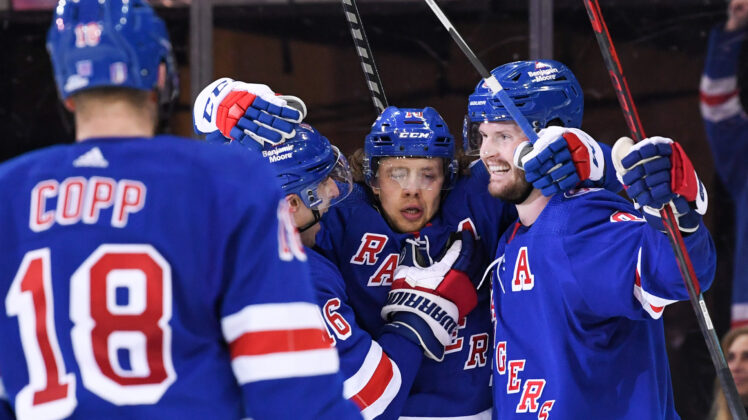 The New York Rangers felt they played two solid games in Carolina despite scoring only one goal and going down 2-0.

On Sunday, they look to start their climb back into this series with Games 3 and 4 at Madison Square Garden. The Rangers will need to feed off the electricity generated by their fans on home ice as the Hurricanes have bottled them up pretty good.

“Hopefully we can use the home crowd to our advantage,” Kevin Rooney said Saturday. “Our home crowd has been the #1 star for us this playoffs. They’ve been awesome.”

The Carolina Hurricanes won their opening series against the Boston Bruins in 7 games. Home teams won every single contest and the Rangers hope that the case remains for the next two games.

They will have to find a way to generate more shots as they’ve mustered only 49 with 39 of them being blocked.

To a man, the Rangers have maintained the even-keel that playoff teams need to be successful. It worked for them against the Pittsburgh Penguins in Round One, helping them storm back from a 3-1 series deficit to win in a Game 7 OT.

Artemi Panarin, who scored the series winning goal on the power play was held without a shot on Friday and has just 2 shots in this series. Matter of fact, the team’s top two lines have combined for a grand total of just 16 shots.

“I don’t just judge [the game] on our guys. [Carolina] had 9 chances and we had 5 or 6,” Gallant explained. “It was a defensive battle. So I’m not going to blame our guys for not creating scoring chances. Their guys didn’t have a whole lot either. Would I like more chances? Of course I would. But we played two pretty good hockey games in there. I want more offense from our top players…we need to find a way to get a little bit more.”

The Rangers are happy to be back at Madison Square Garden where they were 3-1 against the Penguins, only losing a triple OT affair in Game 1. A game they arguably should’ve won in regulation if not for an awful ruling to overturn a goal late in the third period.

“It’s huge for us to get back home,” Gerard Gallant said. “It’s a long series. We’ve been here before and done that before. Hopefully we can bounce back the same way we did against Pittsburgh.”

On the other side, the Hurricanes are unlikely to change anything at all.

“I think if we just stick to our style, it’s eventually going to wear on teams and we’re going to find a way to win,” Brendan Smith said.

The former Rangers defenseman is now a big star in this series for Carolina after scoring a game-winning shorthanded goal in Game 2.

Face-off is set for 3:30 PM ET and the home crowd still very much believes in this team. On Saturday, I ran a poll on Twitter asking fans their thoughts on the series as it shifts to The Garden. 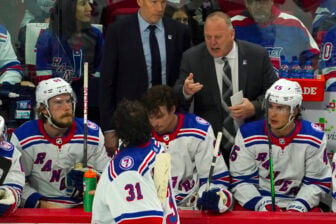 The Avalanche beat the Blues in Game 2 of their series but that wasn’t the story. Two serious injuries occurred in the contest that will have playoff implications past this series. Read more.