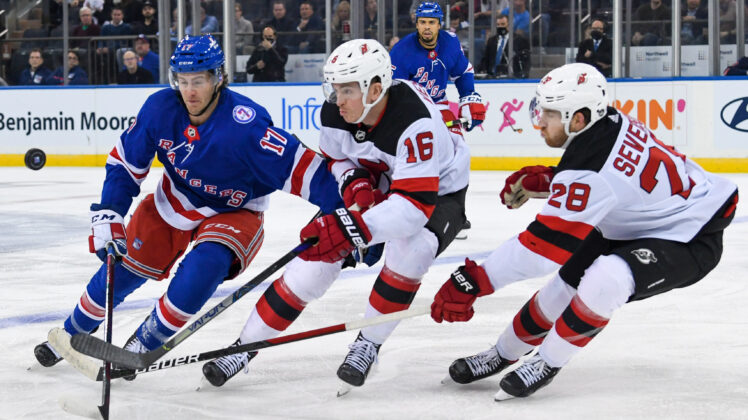 The New York Rangers may have a low-cost signing up their sleeve in the form of a meeting with Jimmy Vesey.

According to Larry Brooks, in his latest Slap Shots column he states the two sides may be coming to terms soon.

Presumably signing a free-agent deal for around the $750,000 minimum that would not count against the cap if assigned to AHL Hartford, Vesey — who went 50-40-90 in 240 games for the Rangers his first time around — will compete for the kind of fourth-line, bottom-six role that Tyler Motte filled so well last spring, but has priced himself out of.

The gritty winger has bounced around ever since the Rangers traded him to the Buffalo Sabers back in 2019 for a third-round pick in the 2021 draft. New York selected center Jayden Grubbe with that pick.

Vesey signed with the Rangers as a free agent out of college in 2016-17. He spent three seasons on Broadway amassing 50 goals and 90 points in 240 games.

He’s now a veteran journeyman with additional stops in Toronto and Vancouver. In 6 NHL seasons, Vesey has scored 135 points in 422 games. His only taste of the playoffs came in his first season with the Rangers in 2016-17, where he scored 5 points in 12 contests.

Vesey is coming off a one-year deal with the Devils for $800,000 and is expected to sign for a league minimum according to Brooks. Should the Rangers complete the signing, he will be used as a potential 4th line winger. His entire cap hit from him can be buried in the AHL with the Wolf Pack. 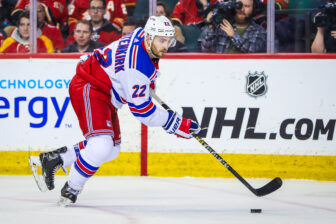