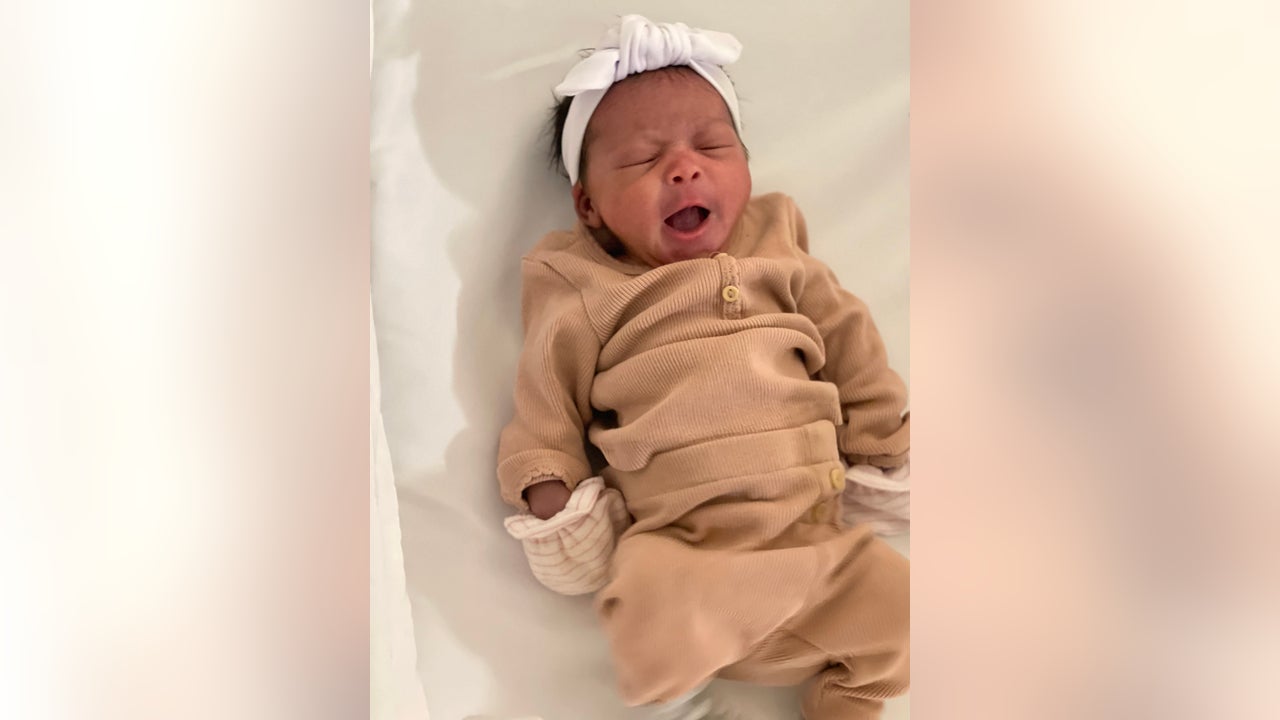 WASHINGTON – A Southeast DC family has serious questions after a public safety advocate revealed that a 911 dispatcher’s error may have delayed first responders in getting to their unresponsive newborn.

Baby Sevyn was just two days old, according to her mother Shartise Schatzman-Chase.

“I got the doctor telling me that she had milk in her lungs. And then I got the autopsy people telling me that her autopsy came out inconclusive – like they couldn’t find anything wrong with her,” Schatzman-Chase recalled. “So, I’m waiting for another autopsy, and they tell me it will take at least about 60 days. I feel like if they would’ve gotten here earlier or anything like, she would probably still be here right now.”

Schatzman-Chase said she told the 911 dispatcher her correct Savanah Terrace Southeast address more than once. The person who took the call then instructed her to perform CPR until help arrived.

“It took my breath away, particularly when the mother sent me the pictures of her one-day-old child,” Public Safety Advocate Dave Statter said. “And when you hear the stories about the mother doing CPR and being told help is on the way when it really wasn’t, it really shakes you,”

The family says it was not the city, but Public Safety Advocate Dave Statter who told them that going through audio transmissions on the dispatch recording site OpenMHZ, he discovered it took some 10 minutes to get first responders to little Sevyn — a delay Statter says is because a DC 911 dispatcher gave first responders the wrong address.

The Office of Unified Command confirms Schatzman-Chase gave the correct Savanah Terrace Southeast address in the 911 call that came in at around 2:26 am on July 3rd. At 2:27 am, a dispatcher could be heard saying, “Savannah Street Southeast,” in police and fire radio dispatch recordings saved on the site OpenMHZ.

Savannah Street Southeast is about .4 miles or an 11-minute walk away from Schatzman’s Savannah Terrace Southeast home, according to Google Maps.

About 10 minutes later, Statter says a first responder checks back on that address in the OpenMhz audio recording.

The first responder can be heard saying, “We’re at [inaudible location given] can you do a callback? Nobody’s answering the door” in the recorded correspondence. By 2:39 am, about 13 minutes after the original 911 call, the audio of a first responder saying, “Medic 25, CPR in Progress” can be heard.

Another mistake, according to Statter: the call taker then corrected the address in DC Fire’s automated system, but did not tell crews trying to find this family.

Statter says a first responder going through the system themselves had discovered the correct location.

“This is one of eight calls over three years where people have died and there were mistakes and delays when at DC 911,” Statter told FOX 5. “Four of them have occurred this year. Something needs to be done.”

FOX 5 reached out to the Office of Unified Command (OUC), which runs the District’s 911 call center.

Over the phone, a spokesperson disputed some of Statter’s account regarding the delay in response.

The spokesperson told FOX 5 two crews did go straight to the correct address first, and that Medic 25 responded within 8 minutes and 50 seconds.

“The Office of Unified Communications (OUC) extends our deepest sympathies to the family who lost an infant on July 3, 2022, after a call was placed to 911 for an infant in cardiac arrest. Subsequently, OUC reviewed all records related to this incident and found that the call taker initially selected an incorrect address.

OUC is aware of current reports about the handling of this 911 call. Below is our initial summary and timeline concerning the emergency in the 2100 block of Savannah Terrace SE; Washington DC 20020. The investigation we conducted was complex and required review of first responder radio traffic, dispatching system records, audio recordings, GPS data and internal OUC personnel interviews to create the most accurate and complete emergency response timeline. During cardiac arrest calls, the most important step in the chain of survival is to provide CPR instructions for the caller to perform until FEMS arrives on the scene.

The Office of Unified Communications continues to consistently develop and train its team members to meet our Agency’s mission. When necessary, we take appropriate personnel action in accordance with our policies and collective bargaining agreement.” 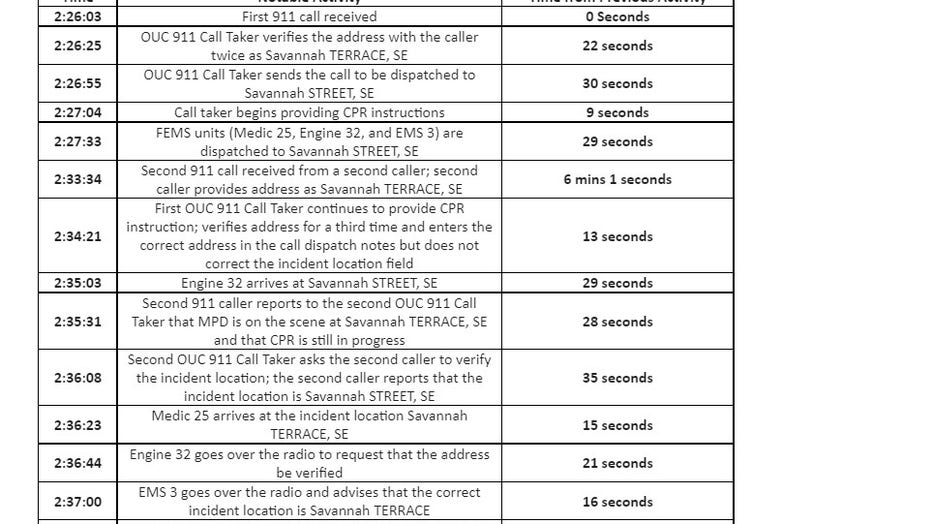 On its website, DCF&EMS notes national standards for emergency response calls that the department tried to adhere to.

In the section pertaining to “Percentage of high priority (C2 and C3) EMS calls when a first responding EMT arrived in 5 minutes or less,” data shows since 2016, the city’s ability to meet that standard appears to have slowly worsened. It’s not immediately clear why.

A GoFundMe page has been created to support Sevyn’s funeral.