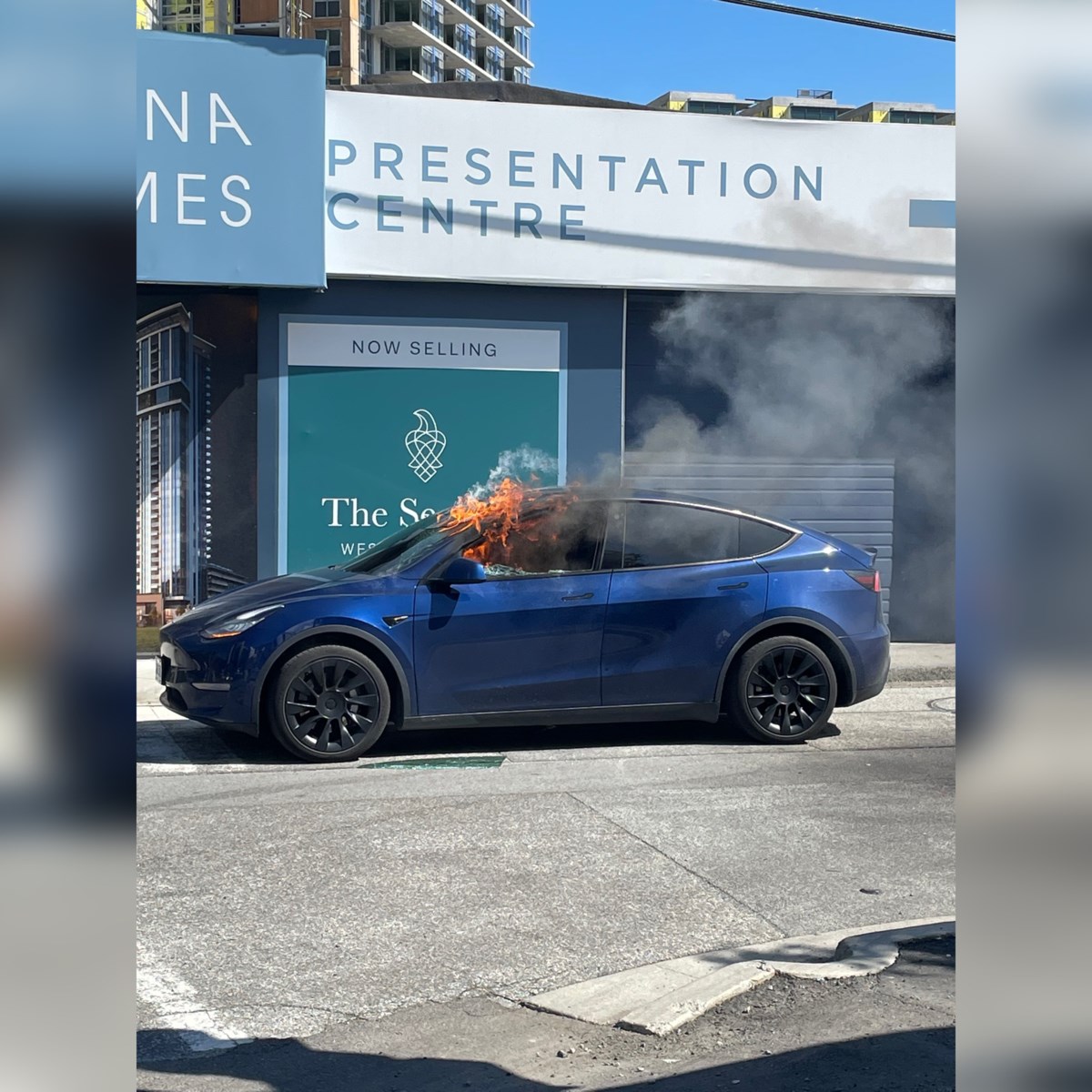 A North Vancouver man whose Tesla caught on fire while he was at a stop light said he had to kick out the window to escape, after being unable to find the emergency exit handle in a panic.

Jamil Jutha said he was driving his Tesla and was paused at the intersection of Mountain Highway and Hunter Street in North Vancouver when all of a sudden his vehicle felt as though it lost all power. Jutha said he tried to put on his hazard lights, but they didn’t work. That was when he noticed smoke coming in to the car through the driver’s side vent, said Jutha.

As smoke began filling the car, “I kind of panicked,” he said – and kicked out the driver’s side window.

Jutha said once out of the vehicle, he immediately called 911. Within two or three minutes, he said, the whole car was on fire. “The whole thing just burst into flames.”

Fire Chief Brian Hutchinson of District of North Vancouver Fire and Rescue said firefighters were on the scene in under six minutes, after receiving the call about 10:30 am Friday morning.

Fire investigators are now examining the vehicle, which has been secured by the fire department, along with Transport Canada, and the Office of the Fire Commissioner, to determine the cause of the fire, said Hutchinson. Representatives of Tesla have also been invited to observe the investigation, expected to take place later this week or early next week.

“These are electric vehicles, so it’s a different type of incident than a regular car fire,” said Hutchinson.

While there is a mechanical override to open the driver’s door in a Tesla “it’s not necessarily intuitive,” said Hutchinson.

Jutha said he’d never had to use the emergency door release – a latch that the driver can pull up, located under the door panel containing the window controls – in the eight months that he’s owned the vehicle – a Tesla model Y 2021 – and didn’t know where to find it.

“What if I was an older person who couldn’t kick out the window?” he said. “It was terrifying.”