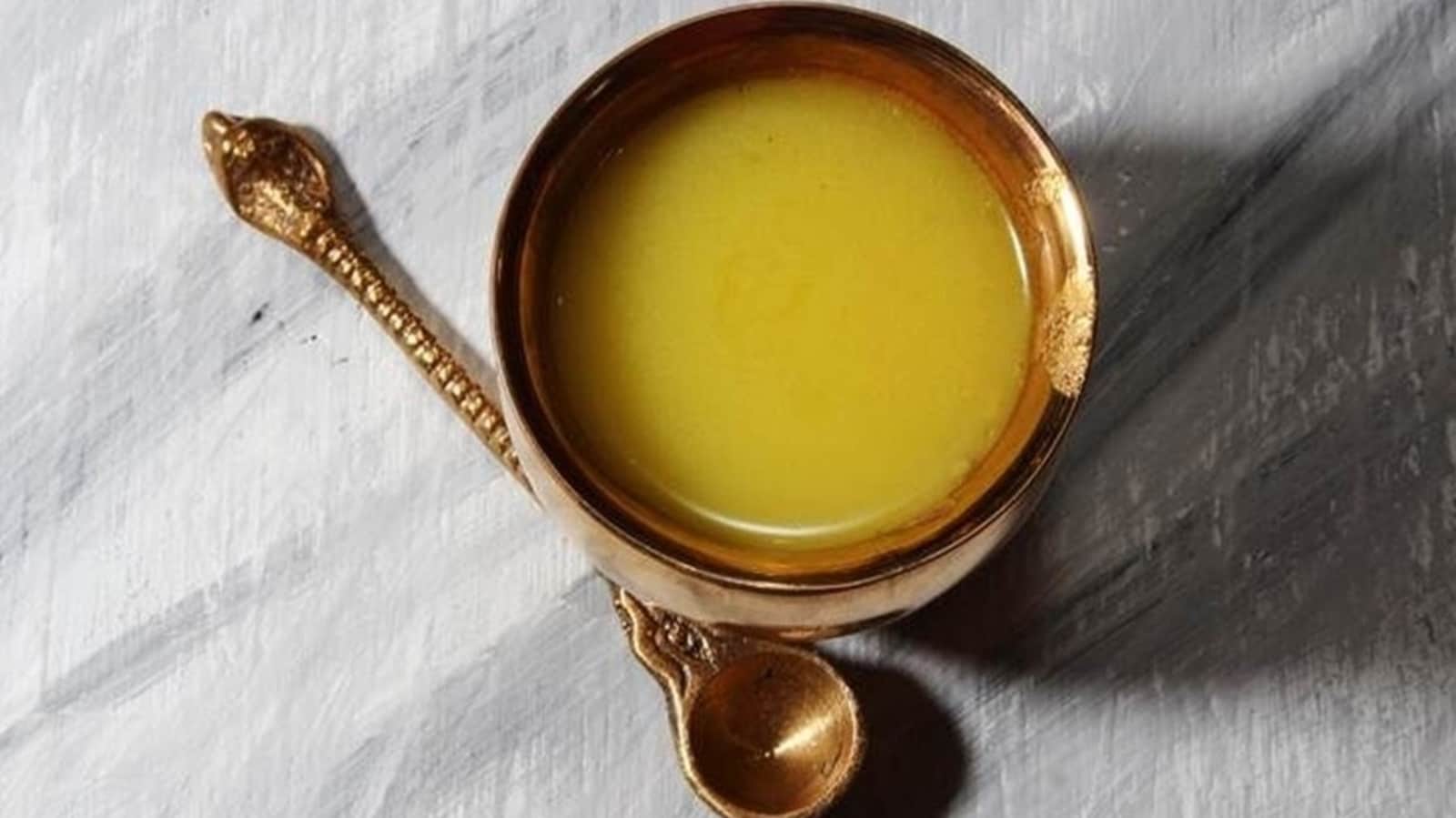 From ‘fattening’ to ‘heart-healthy’, the reputation of ghee has undergone a big change in recent times and the consensus is to make the healthy fat a part of daily diet, albeit in moderation. However, becoming a popular ingredient could also mean a risk of consuming it in the wrong way. As people are looking for new ways to add ghee to their regular as well as festive foods, a nutritionist in her recent Instagram post talks about the right and the wrong way of having the desi superfood. (Also read: Ayurveda tips: A teaspoon of ghee on empty stomach offers many health benefits)

Gut health expert and nutritionist Avantii Deshpaande took to Instagram to share with her followers why ghee should neither be used to cook vegetables or as tadka in dal. Deshpaande says that oil is always better for cooking rather than ghee and suggested alternative ways of including ghee in daily diet.

“I see a lot of people use ghee as tadka while preparing vegetables. As a nutritionist, I feel this is not advisable. Ghee is a saturated fat which means it has got a lower smoke point as compared to oils. Whenever you heat ghee while preparing your sabzis or even giving a tadka, your temperature rises beyond a point, then because of fatty acids being saturated, it will disintegrate and this will reduce the nutritional quality of the ghee,” she says in a video posted on Instagram.

Avantii says the best way to add ghee in the diet is to apply it on your chapatis, put it in your rice or dals that you are consuming. Having ghee first thing in the morning is also recommended.

Here are all the reasons why ghee shouldn’t be used for cooking vegetables:

– Ghee has primary saturated fatty acids and these have a low smoke point.

– The temperatures for giving a seasoning of mustard seeds and other spices is beyond 180 degrees often going beyond that point. If the temperature rises beyond this the fatty acids will denature and this will lead to the generation of toxic substances which will increase the oxidation in the body.

– Use ghee at room temperature as fat first in the morning or add it to dals, rice or chapatis.

Thank you for subscribing to our Daily News Capsule newsletter.