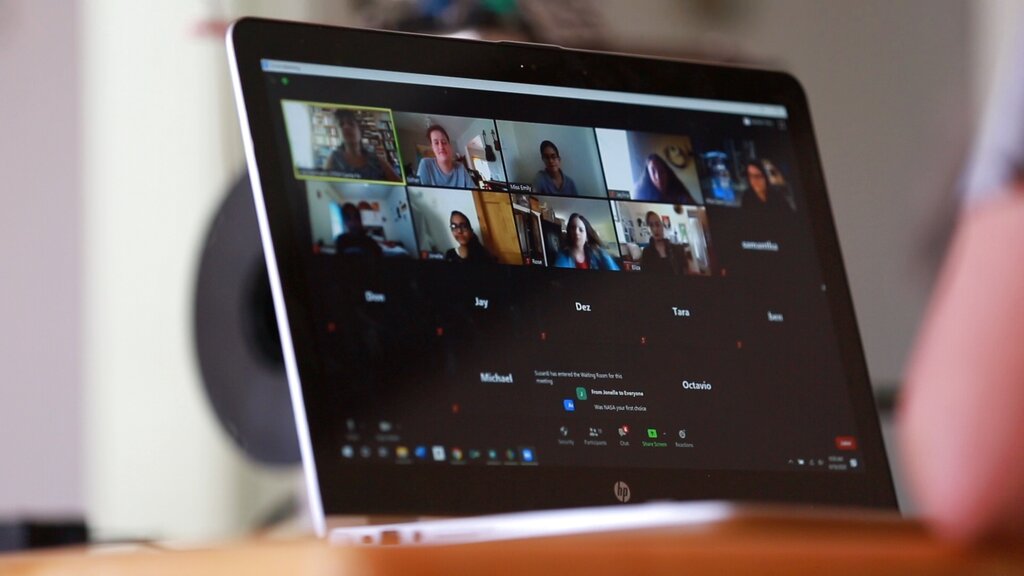 NEW YORK — New York City has more than 1,850 public schools, and now the Dept. of Education intends to add two more unorthodox ones. The new schools will not be brick-and-mortar structures, but will instead be virtual schools—with all instruction online.

Schools Chancellor David Banks announced the new schools at a City Council education committee hearing on Tuesday. However, it’s becoming clear that the city is quite a way off from having the virtual academies become reality.

Should they be finalized, the schools are intended to help reduce rates of absenteeism in DOE schools, and to provide an alternative for students who learn better outside of traditional classroom environments.
Even though the schools are in the early planning stages, it’s not stopping some families from making plans themselves.

“I think it’s alright,” said Kaliris Salas-Ramirez, an active member of the advocacy group Parents for Responsive Equitable Safe Schools, or PRESS NYC. “I think that one of the things that we learned during online learning after the pandemic, is that we have diverse learners in this system, and that we still have families that are concerned about safety measures at schools.”

She said the thinks it’s the right move

David Bloomfield, an education professor at Brooklyn College and the CUNY Graduate Center, said that while online instruction can be helpful, much analysis of the DOE’s plan may be premature at this point.

“This is an announcement of an announcement,” he said, in an interview. “There’s really no outline yet about how many kids this will accommodate, and what grades.”

Bloomfield pointed out that there’s still quite a lot of work to be done before the chancellor’s announcement can result in actual online schools being formed. Even if they do, Bloomfield said, he has concerns that they may not be accessible to a wide variety of students.

He feels that there’s a lot that still needs to be worked out. Bloomfield said he wasn’t sure the mayor and chancellor were really thinking about it “with the glitz of an announcement of an online school.”

The city does have other examples to follow. Denver, Colorado, for instance, is the largest city with an active virtual school. Denver Online has been in operation for 18 years. For New York, however, many details still need to be worked out, including who will teach classes and how.

For its part, the United Federation of Teachers, the teachers’ union for New York City, issued a brief statement: “We have had some initial conversations,” a spokesperson said, “but nothing concrete so far.”

Still, Salas-Ramirez, the parents’ advocate, said that she’s gotten indications that the virtual schools are developing. She also said that their planning should have happened some time ago.