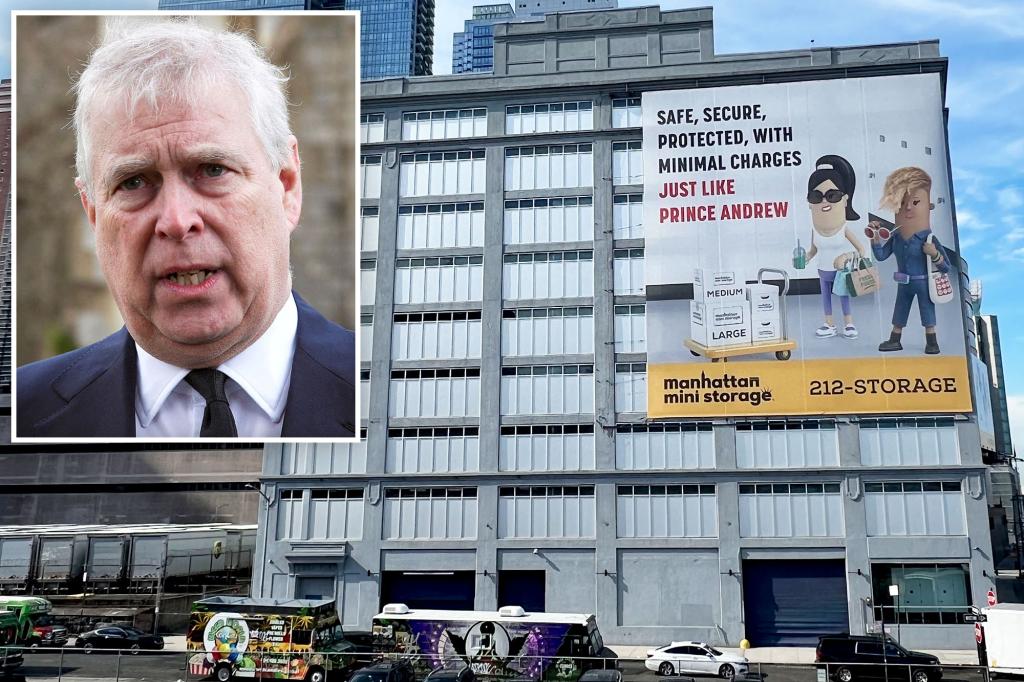 That’s one way to keep your baggage out of the public spotlight.

A Manhattan-based storage company is poking fun at Prince Andrew’s sex abuse scandal and the multimillion-dollar settlement he paid to keep it in the closet — with massive new billboards around the Big Apple.

The snarky billboards were rolled out on several Manhattan high-rises and buildings, including on the West Side Highway near 45th Street in Hell’s Kitchen and the old New York Post building on the FDR, which is now a Manhattan Mini Storage.

On the firm’s website, another version of the ad proclaims, “Who says protection is a privilege reserved for the 1 percent?”

The disgraced Duke of York’s reputation went up in flames after he was accused of having sex with then-17-year-old Virginia Giuffre while she was trafficked by late pedophile Jeffrey Epstein in 2001.

Prince Andrew gave a disastrous BBC interview in 2019 defending his friendship with the prolific perv, and Giuffre sued the royal for the alleged sex abuse in August 2021. He has never been criminally charged.

He was later stripped of his public duties and paid her an estimated $12 million in an out-of-court settlement.

Manhattan Mini Storage’s billboards are known for being controversial and political, including a 2007 ad that declared, “Your closet space is shrinking as fast as her right to choose.”

Another from that year read, “Your closet’s scarier than Bush’s agenda.”