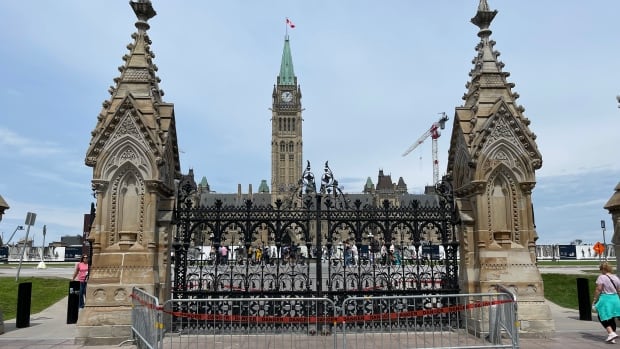 Ottawa police have one person in custody after a vehicle rammed the front gates of Parliament Hill on Wellington Street early Wednesday morning.

Around 3:30 am, an unauthorized vehicle drove into the front gates but was prevented from entering because of security barriers. According to police, damage to the gate is minimal.

The Ottawa Police Service said in a news release an officer was nearby when the incident occurred who was able to take the driver into custody without incident.

An investigation is ongoing and charges, according to police, are pending.

The crash was one of two bizarre incidents in downtown Ottawa Wednesday morning. Later Wednesday morning, an amphibious tour bus crashed into the fence at 24 Sussex Drive, the prime minister’s unoccupied official residence.