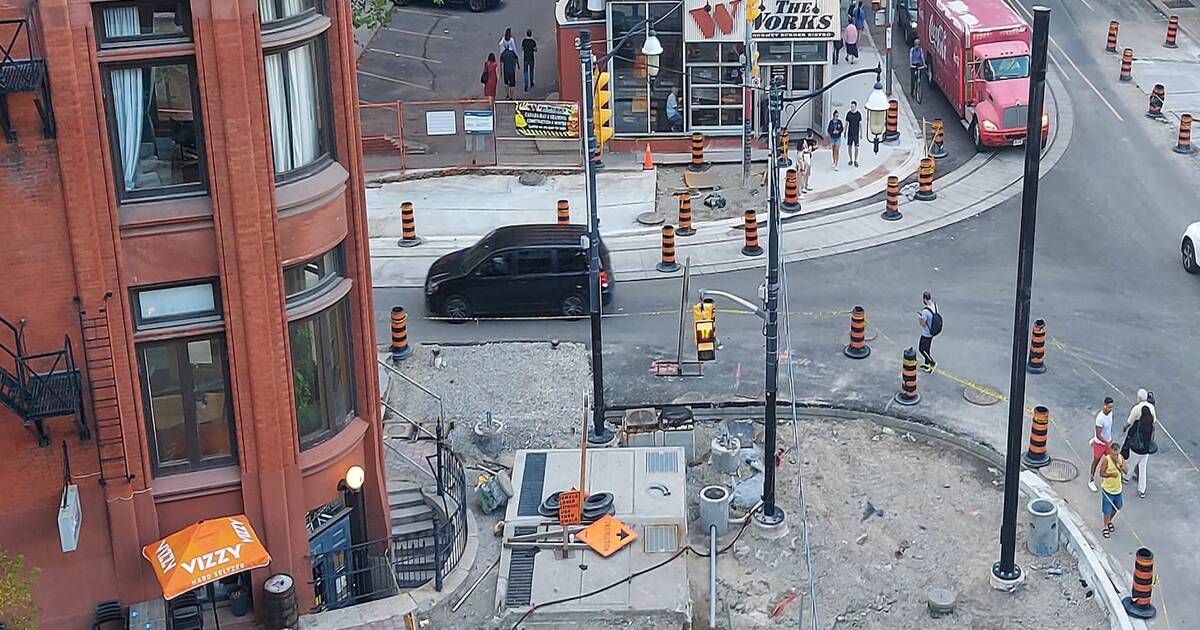 When you think of iconic Toronto structures, what first comes to mind?

Besides the obvious choices like the CN Tower and Fairmount Royal York, the Gooderham Building, also known as the Flatiron, is probably one of the top picks.

This quintessential landmark is definitely one of the most photographed buildings in the city, but it just got a little less suitable for great pics thanks to some construction in the area.

In just the past few days, some very large and tall poles have been installed at the east end of the Flatiron building obstructing the view.

The City of Toronto states these street poles are part of “a series of critical infrastructure upgrades” on Wellington Street East from Yonge Street to Church Street and Front Street East from Berczy Park to Market Street.

Construction and upgrades are part of a very large effort from the city and the Toronto Transit Commission to place and renew aging streetcar infrastructure.

“The City of Toronto and TTC have coordinated upgrades to the area’s streetcar tracks and overhead wires with improvements to the streetscape, street lighting and traffic signals.” 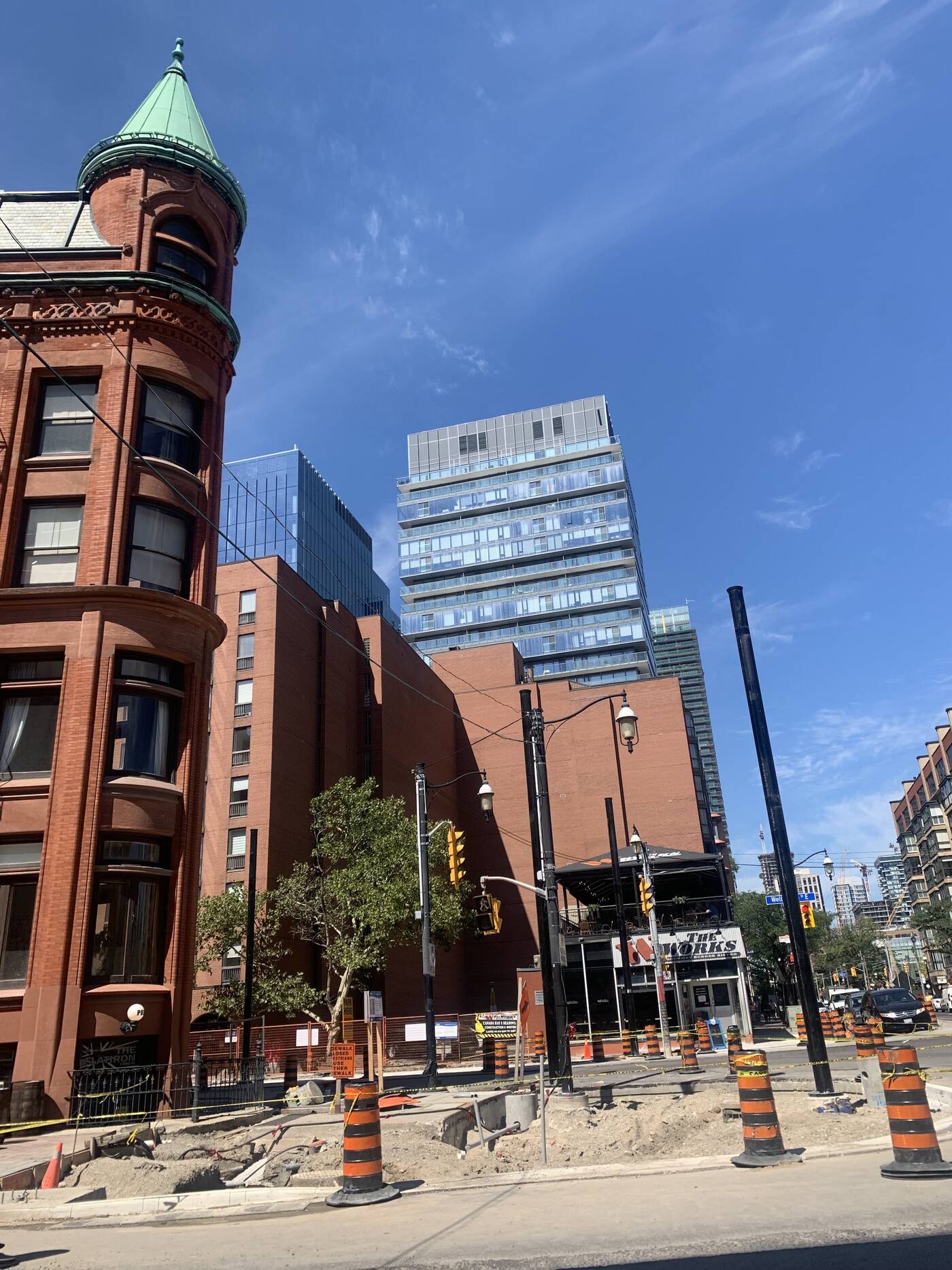 A spokesperson from the city said specifically, the project will “increase pedestrian safety in a number of ways” including consolidating the number of poles on the street and providing wider, better lit and more accessible sidewalks and reducing road crossing distances.

The design of these new street poles and placements were made in consultation with the local Business Improvement Area and “key stakeholders.” 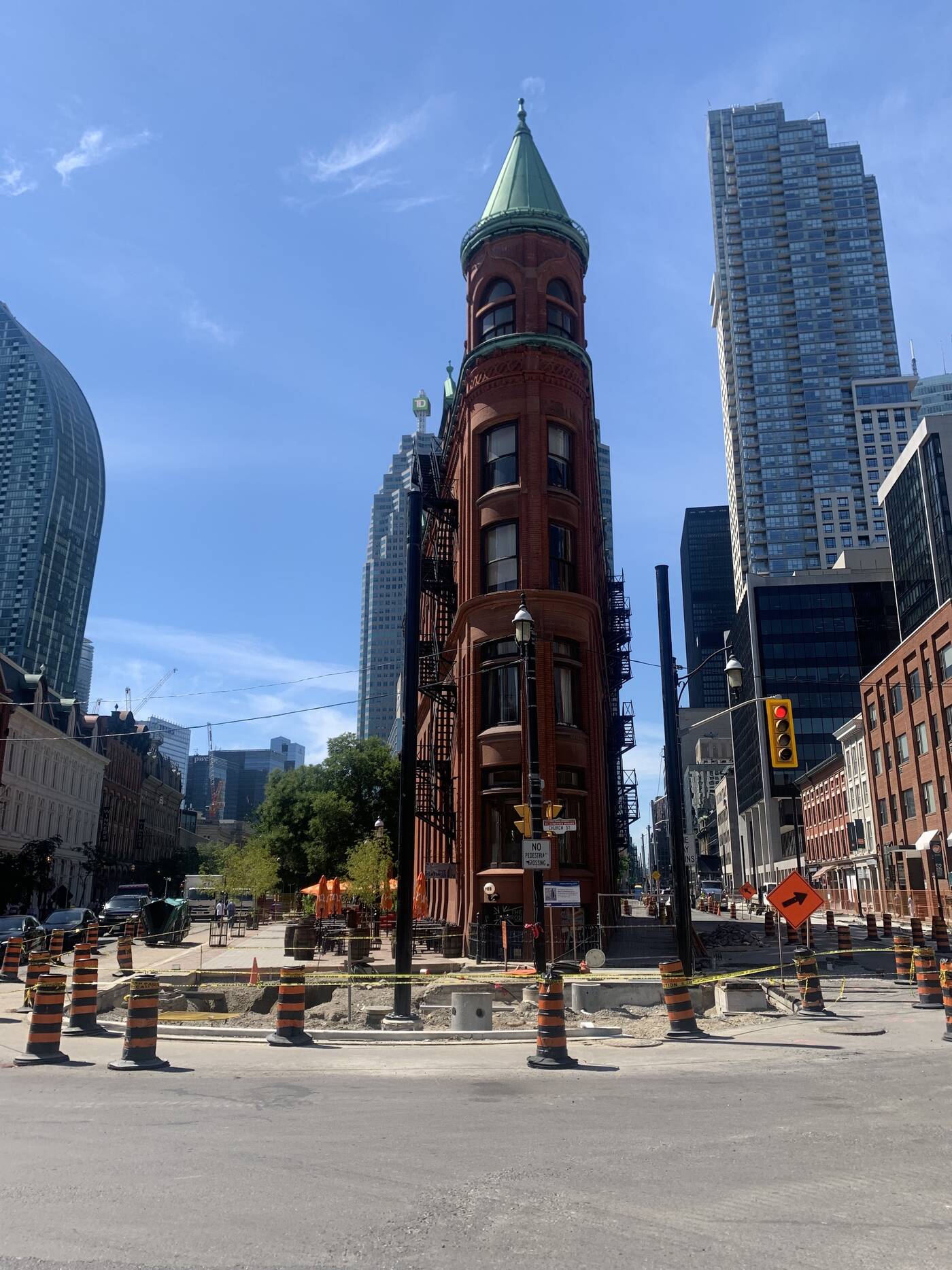 Some of the poles belong to the TTC and the others belong to city infrastructure.

There were already street poles in front of the building but these new ones are much taller, reaching nearly two-storeys in height.

What do you think? Are these poles a nuisance to photographers? Do they take away from the beauty of this 131-year-old lankmark? Or are they necessary?