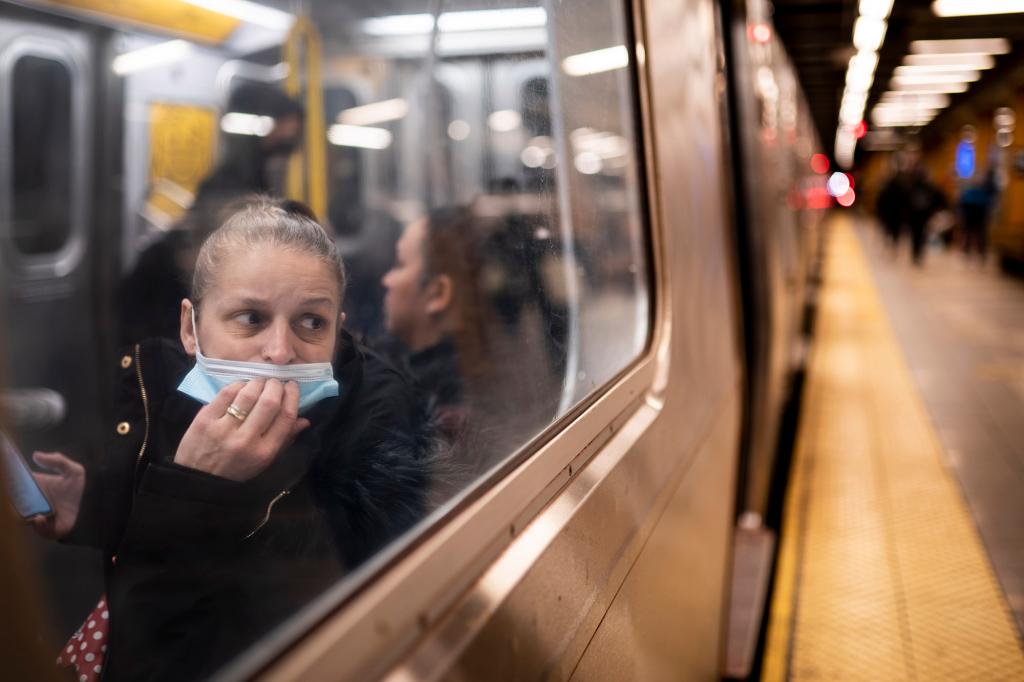 One in three straphangers may never return to full-time subway commuting after the COVID-19 pandemic — potentially blowing a $9 billion hole in the MTA’s budget, a new study said Monday.

In a worst-case scenario, ridership by the middle of 2026 may be as low as just 73% of pre-pandemic levels, according to the projections by consultants at McKinsey & Company.

The MTA would still be in the poorhouse with 80% ridership compared to pre-COVID, according to MTA CFO Kevin Willens. The CFO said his team anticipates a yearly deficit of nearly $1.6 billion.

MTA coffers received over $15 billion in federal COVID relief after the initial wave of the virus decimated ridership and devastated the MTA’s operating budget, about half of which was covered by fares before the pandemic.

Budget officials in February said the federal dollars would cover its annual deficits through 2025. But McKinsey’s updated forecast shows that cliff coming an entire year earlier.

Devastating service cuts, layoffs and fare hikes could be in the cards if local and national leaders don’t come up with an alternative revenue stream, Willens warned MTA board members.

“When you have bigger deficits, you spend the federal aid quicker, which means you run out quicker,” Willens said. “We just barely have enough money to cover us through 2024.”

McKinley’s new forecast comes after its original predictions veered off course with the arrival of the Omicron variant. Ridership currently stands at 61% of pre-pandemic levels — 16% lower than the consultants predicted.

The firm’s news analysis assumes office workers will go into work just two days each week in its “low case” scenario, but ridership will also be depressed by the shift to online retail and riders’ perception of safety and service quality.

MTA Chairman Janno Lieber has argued that the authority needs to shift to a funding model that is less dependent on fares to keep the trains running.

“We’re an essential service that needs to be paid for — and it shouldn’t be on the backs of the riders,” he said in November.

Lieber has yet to float any specific funding proposals. Labor rep John Samuelsen on Monday suggested officials use the money raised from forthcoming Manhattan congestion tolls to close the gap.

“I think that’s a logical step,” he told Willens during Monday’s board finance committee meeting. “Money is more important to be on the operating budget side right now than it is on the capital side.”

Rider advocates want Gov. Kathy Hochul to find the money elsewhere, and use it to expand service.

“With fewer people commuting to work, the MTA must be better than before to capture a greater share of non-work trips.”