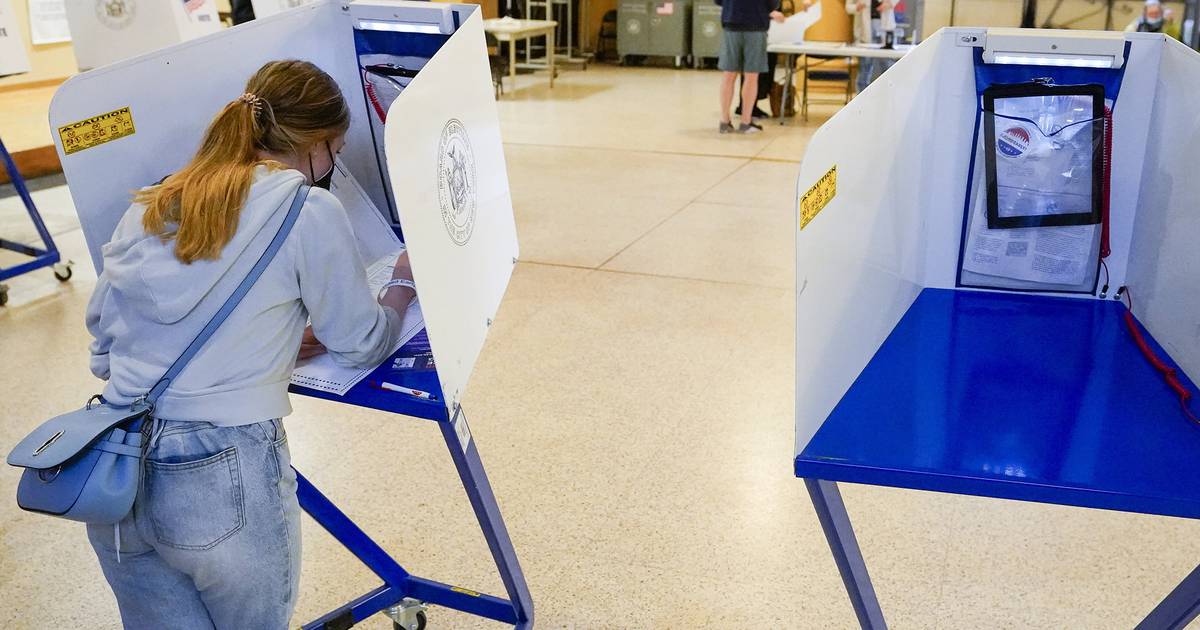 The lines are short and the votes are few at ballot boxes across New York City halfway through early voting in the state’s June primary election.

In the first four days of early voting on the June 28 primary, some 35,000 New Yorkers made their voices heard at polling stations, according to an unofficial tally by the city Board of Elections.

About 4% of active voters in New York City eligible to vote in the primary had cast votes, according to elections board records. Independents cannot vote in the state’s closed primaries.

This month’s primary is covering races for governor, lieutenant governor and state Assembly, among others. Gov. Hochul appears to hold a commanding lead in the Democratic primary for governor, but the race on the Republican side has proven spirited.

Primaries to determine New York’s representation in the House and state Senate were delayed by a head-spinning court-ordered redistricting process. They are not to take place until August.

The split primary may be crushing turnout, which can prove flimsy in the best of circumstances in years when the White House is not at stake.

“A lot of the foot soldiers that would be out pulling people out for a primary are not going to be out,” said Sid Davidoff, a longtime lobbyist and fixture in New York politics. “A bifurcated election just sets up the reality of a low-turnout primary.”

In the June primary, the nine-day early voting period began on Saturday, when about 10,000 New Yorkers voted, according to the city elections board. Saturday was the only day so far in which recorded turnout topped 10,000 votes.

The low-drama Democratic race for governor may be putting a double damper on voting. Democrats outnumber Republicans by more than six to one in the city.

Statewide, the gap is smaller, but Democrats still outnumber Republicans by more than two to one.

Early voting ends Sunday. According to a so-called Wait Time Map maintained by the city Board of Elections, almost every voting site in the city had a wait time under 20 minutes as rush hour approached Wednesday evening.

The lone outlier was a voting site in the Norwood area of ​​the Bronx, where the listed wait time was 20 to 50 minutes.