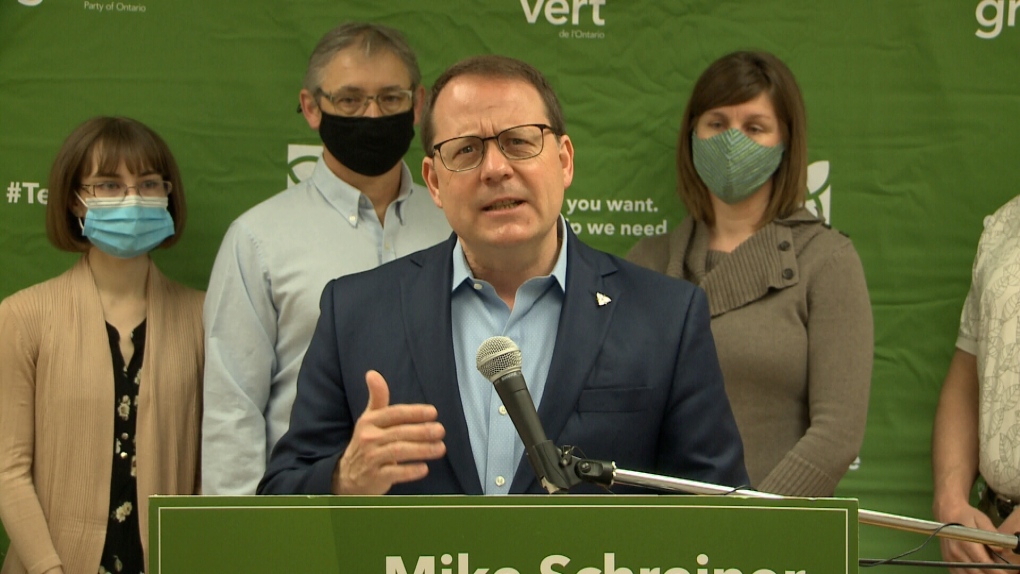 The leader of the Ontario Green Party says a Green government, if formed, would cut transit fares in Ottawa and cancel the planned widening of Highway 417.

Mike Schreiner was in Ottawa Monday as part of a pre-election tour.

Schreiner said urban sprawl is making life more difficult and less affordable, and he laid the blame for sprawl at the feet of Premier Doug Ford.

He said a Green government would cut transit fares in Ottawa in half for three months, restore the 50 per cent provincial cost-share for transit operations, implement time-of-day pricing for transit services, and cancel the planned widening of the 417 between Maitland and Highway 416.

Schreiner, who represents the riding of Guelph, is the only Green MPP in the legislature ahead of the writ period, which should be announced soon.

Election Day in Ontario is scheduled for June 2.