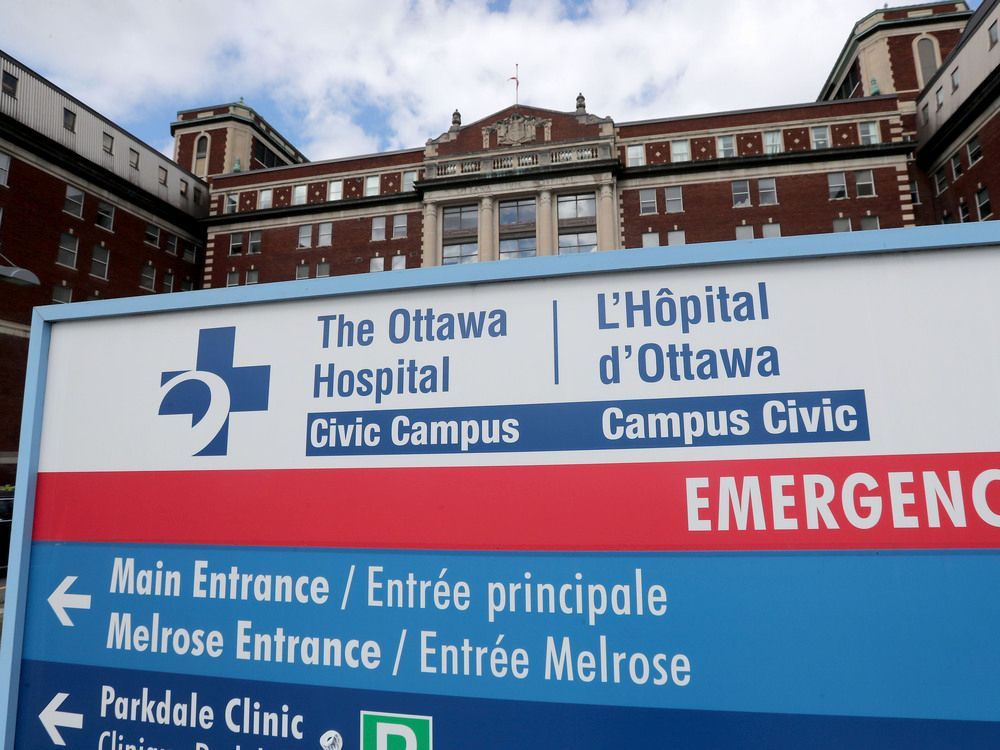 Candidates for city council could be campaigning this year on the idea of ​​adding a new municipal tax levy to support construction of a new Civic Hospital. The Ottawa Hospital has requested up to $150 million from city hall.

It won’t be up to the current city council to decide if property taxpayers should pay millions into the $2.8-billion project. City staff recommend studying funding options before reporting back to the council elected in the October 2022 municipal election.

For the first time since the beginning of the Civic Hospital planning, The Ottawa Hospital is definitive in its request for a municipal contribution.

In an interview on April 14, hospital chief financial officer Nathalie Cadieux said there had been discussions with the city on many fronts when it came to the Civic project, but she said a property tax contribution hadn’t been part of the talks.

However, a city report submitted by City of Ottawa chief financial officer Wendy Stephanson last Thursday reveals the $150-million request from the hospital. The funds wouldn’t be required until the hospital is finished construction in 2028, the report says.

The report, which recommends directing staff to research the options for a municipal contribution to the hospital project, will be up for discussion during a finance and economic development committee meeting on May 3.

“Since amalgamation, the city has not historically contributed cash to the local share of hospital construction as it is a provincial responsibility,” the city report says before outlining the benefits of having a new state-of-the-art health and research facility in Ottawa.

The province is expected to provide $2.1 billion for construction, with the hospital responsible to fund $700 million. The Ottawa Hospital Foundation recently announced a $500-million fundraising campaign for the project.

A municipal funding contribution to the construction of a hospital is not unusual in Ontario. City staff provided six examples of municipal contributions. Five of the hospitals benefited from municipal help through a new levy or tax-fed reserves. In Oakville, dividends from the local hydro utility went toward hospital construction.

It also hasn’t been unusual for the City of Ottawa to provide financial assistance to hospital projects. From 2002 until the end of March 2009, the city provided breaks on hospital development and permit fees, the report notes.

The city report outlines the principles for coming up with municipal funding options. The contribution should have a “minimal to no financial burden” to Ottawa taxpayers, not take money from existing and committed operating or capital budget funds in the city budget, explore “one time or unique financial options that are time specific and context precise” and support the city’s climate change protection goals.

The city is already spitballing ideas for finding the funds by examining the hospital’s lease of city land for parking at the General Hospital campus and development opportunities at the current Civic Hospital site and other locations. The city is also pursuing a special area development charge to help pay for capital projects that will help service the new hospital site.

Council has approved a master site plan for the new Civic campus and the first phase of the development, which is a four-storey parkade that will service the hospital and, in the shorter term, the contractors who will build the hospital.