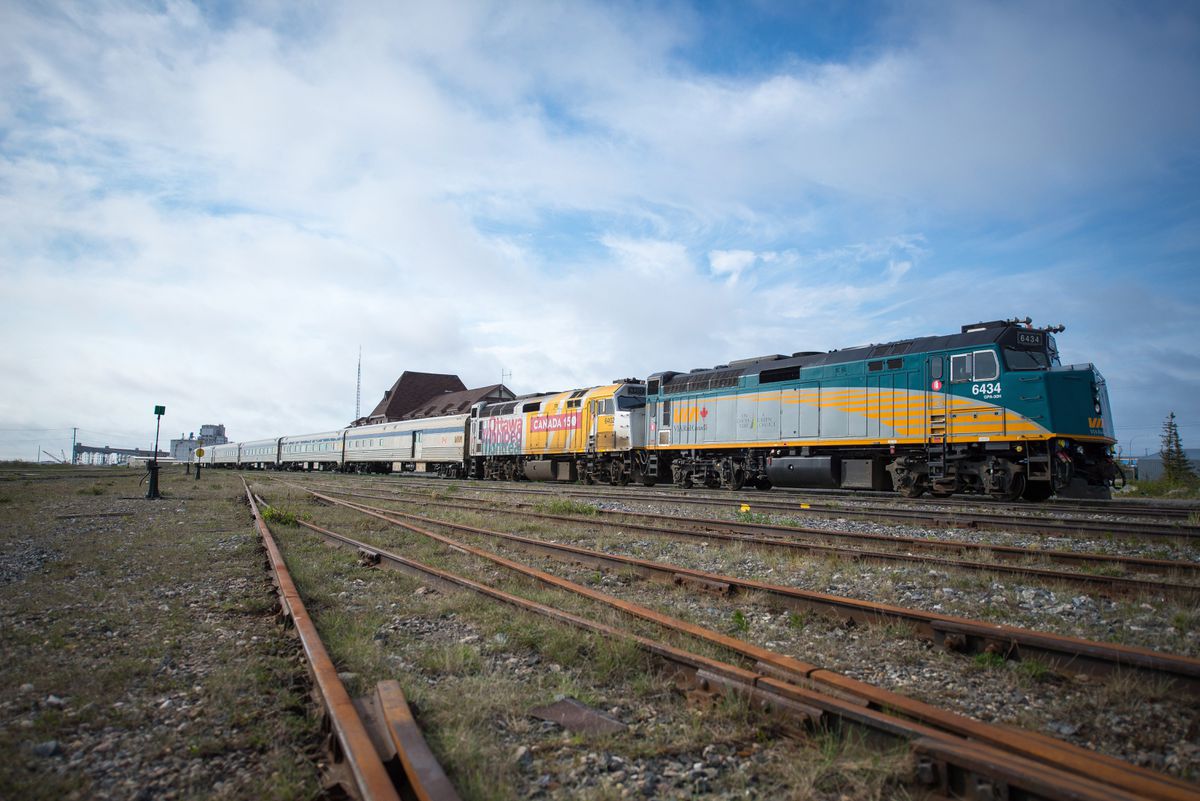 The federal and Manitoba governments announced a combined $147-million Wednesday to support a rail line through northern Manitoba with a history of service disruptions and delays.

The money comes on top of $157-million pledged by Ottawa since 2018 to change the ownership of the Hudson Bay Railway and the Port of Churchill, and to make repairs and upgrades.

“It’s a sign that it’s a very ambitious project, it’s difficult terrain, and progress has been made,” Dan Vandal, federal minister of northern affairs, said of the ongoing funding.

The rail line brings people and goods to several northern communities and is the only land link to Churchill, a town on the coast of Hudson Bay known for polar bears.

The railway was owned by US-based OmniTrax and shut down after flooding in 2017, leaving Churchill residents facing higher costs as goods had to be flown in for more than a year.

The railway has been prone to disruptions, in part due to the remote boggy terrain it runs through. Railcars sometimes have had to slow to a near-crawl, and area residents complained it was not being maintained properly.

The government money is aimed at making the service more reliable and more able to handle trains at normal speed – something welcomed by Martin Landry, president of Via Rail.

“This is about as hard a climate as trains operate, so anything that’s done to improve safety and reliability is important to us,” Landry said.

“I think what it does is it opens up an opportunity for a dialogue in many of those areas and certainly we’ll continue to have discussions with other provinces to the west of us,” she said.

Moving more food through the port could help Canada’s food security and a northern trade corridor is needed given the problems caused by the Russian invasion of Ukraine, Stefanson added.

OmniTrax had proposed shipping oil through Churchill but backed down after facing opposition, largely over fears that the tracks on the uneven terrain could lead to a spill.

Some have floated the idea of ​​shipping liquefied natural gas through Churchill. More recently, Conservative party leadership candidate Pierre Poilievre promised to move oil through Churchill in the form of bitumen pucks, which are designed to be less volatile than standard oil and which can float in water.

Vandal said any talk of energy shipments would have to involve Indigenous people in the region.

“There’s three important words – duty to consult. And I think the Arctic Gateway Group would have an interest in that.”