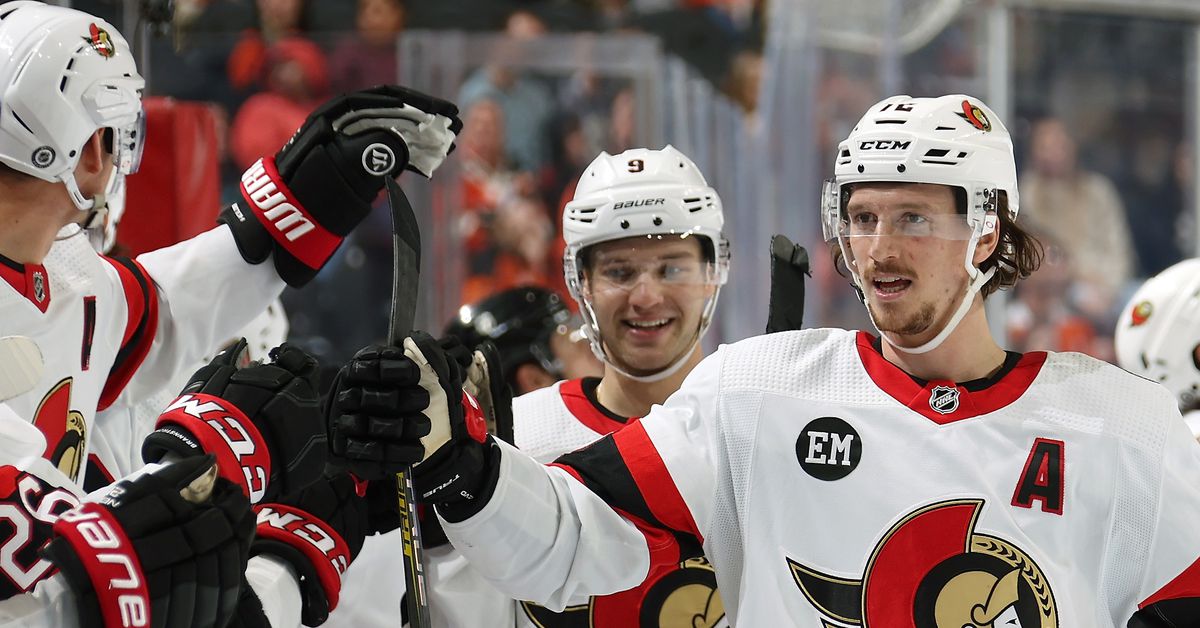 Following a piece about the exciting, high flying forwards, we turn our attention to grading those responsible for keeping the puck out of the net.

We’ll go alphabetically here, starting with Erik Brännström and working our way down.

Erik Brännström is quite possibly the most polarizing figure on the back end for Ottawa. Because of his draft pedigree, size and style of play, he is often either wildly praised or intensely scrutinized on a game to game basis by fans. What was fantastic see for the young Swede this season was a step forward most of us have been looking for since he came to the team in the Mark Stone trade. While you’d hope for higher offensive production from such a skilled defender – only 14 assists, no goals, in 53 games – Brännström led all regular blueliners in CF% with a 50.10 CF%. One of the highlights of Brännström’s seasons was when Thomas Chabot was out with an injury towards the end of the year, the Short King™ stepped in admirably and ran the powerplay where Ottawa did see an increase in success with the man advantage.

The writers and readers came in hot with their grades for the big, bulky DJ Smith favourite. It’s safe to say that Josh Brown’s time in Ottawa, particularly this year, as he was the second worst regular blueliner in possession, while the Sens got shelled while he was on the ice. It’s not surprising that Brännström’s level of play was elevated once the trade deadline passed and Brown was moved to the Boston Bruins.

The Sens alternate captain received a consensus between the writers and readers, giving Thomas Chabot an A- on the season. A former exciting young player turned veteran stable leader, Chabot had a strong season on the back end when he was healthy. While he did miss a total of 23 games, he still managed the lead the blueline in points with 38 while being a strong transition player. Chabot was one of only three Ottawa blueliners who finished the season with a positive CF% (50.04) – which, on a 26th place team, is pretty impressive.

I think we can all agree that while Michael Del Zotto wasn’t exactly a gamechanger on the back end at the start of the season, he also probably didn’t deserve the demotion and lengthy stay in the AHL. Beyond the trade deadline, MDZ had some bright spots when he was back in the NHL, although it didn’t exactly reinstill confidence in having him around for another season at a $2M AAV when the likes of Chabot, Brännström, Nick Holden and Jake Sanderson are all much better options on the left side.

As we dive deeper into these grades, it feels like the writers and readers are very aligned in how we feel about the back end of the Sens in 2021-22. While the readers were slightly more rose colored about the addition of Travis Hamonic, nobody appears to feel strongly about it one way or the other. Hamonic’s time with the Sens started out relatively smoothly. His first few games of him, he was solid. As time went on, we started to see that fade a bit. He wasn’t terrible, by any means, but there’s certainly some concern around this blog that Hamonic in the top four next year is going to quickly look bad.

Nick Holden joined the Sens this offseason and quickly made a name for himself as a stable, veteran rearguard who also has quite the quirky personality off the ice. On the ice, he doesn’t do much to impact play in the offensive zone but he is also rarely noticeable in his own zone – which is a good thing. When you’ve got an experienced blueliner who doesn’t put up points, Holden is what you’re looking for which is why both writers and readers agree that he’s a “meets expectations” kind of player, no more, no less. And we love that.

Oh how the mighty have fallen. When Victor Mete was brought in via waivers last season, he quickly became a fan favorite. Both writers and readers alike loved the free, NHL defend the Sens got… especially considering who he was waived by. When the season turned to 2021-22, however, this was a different player. Mete spent most of this season struggling to get into the lineup, appearing in just 37 games despite not experiencing any real, lengthy injuries. By my count, Mete was a healthy scratch in more games than he was in the lineup. It’s expected that the Sens and Mete will go their separate ways this offseason.

You can add Lassi Thomson to the likes of Chabot and Brännström for two reasons. First, a complete agreement between writers and readers. Second, and more importantly, Thomson is the only other defender to appear for the Senators this season who came out on the good end of the possession game with a team leading 50.46 CF%. While there are certainly aspects of Thomson’s game that need refining, what the 2021-22 season did for Thomson, the Sens and us fans is give confidence that the team does have a young, up and coming right shot defender who should be ready sooner rather than later.

Here is where things get interesting. Nikita Zaitsev has long been a defender of the majority of fans and the Sens brass have openly disagreed on. On one side, Zaitsev has been difficult to watch. On the other side, he’s allegedly “elite” – DJ’s words, not mine. Usually, when there are positive remarks regarding Zaitsev’s play, it’s related to how he has “tough assignments” and that’s the excuse for his poor on ice performance of him. I’d love to hear from you in the comments as to why we’re seeing Zaitsev’s reader grade being closer to Hamonic and Brännström than Brown and Mete.

Artem Zub joins Thomas Chabot in a tie for the top graded defensemen by both writers and readers alike and we all know why. Zub is the perfect top four partner. He’s reliable, transitions the puck well and, most importantly, virtually never makes a mistake on the ice. When Zub and Chabot played together early in the season, it was as if we got a glimpse into what a true playoff caliber defense pairing could look like. If there’s a world where Jake Sanderson and another defender can round out the top four and keep Chabot and Zub together, that could make for an incredibly improved blueline as soon as next year.

Coming in with the highest grade of any player is Anton Forsberg and we all know why. Forsberg was, in some games singlehandedly, a major reason for any success Ottawa experienced on the ice this season. Some how, some way, Forsberg came out of this season with a 0.917 SV% and a winning record (!) despite playing for the 26th place Ottawa Senators. This, of course, earned Forsberg some job security in an extension. If Forsberg can continue this kind of play into next season, he’s answered a very, very important question for Sens brass as to how they’re going to get solid, dependable goaltending.

Filip Gustavsson had a bit of a tumultuous season for the Sens but it certainly ended on a high note. At the NHL level, he had a 0.892 SV% over the course of 18 games which isn’t very inspiring. But, when you look at how he ended the season, there’s a glimpse of hope with better starts and more consistent play that does make us hopeful that the 23 year old can bring some stability to a backup position as early as next year.

If you thought Gustavsson’s season was tumultuous, let’s talk about Matt Murray. We saw so many versions of the goaltender that it’s difficult to get a true sense for who the real Matt Murray is. There were times when he was dominant, there were times when he couldn’t stop a beach ball. The big problem, however, relates to his health from him. It felt like Murray couldn’t stay healthy for long enough to get into his groove from him, which makes it difficult to know what’s going to happen with him this offseason and into next year. Specifically, it’s clear that Murray now has a history with head and neck injuries, likely many of which are diagnosable as concussions, and I do wonder if he’ll be healthy enough to be a member of the team at all next year. It feels more likely that he’s moved, bought out or placed on LTIR than he plays a full season for the Ottawa Senators in 2022-23.