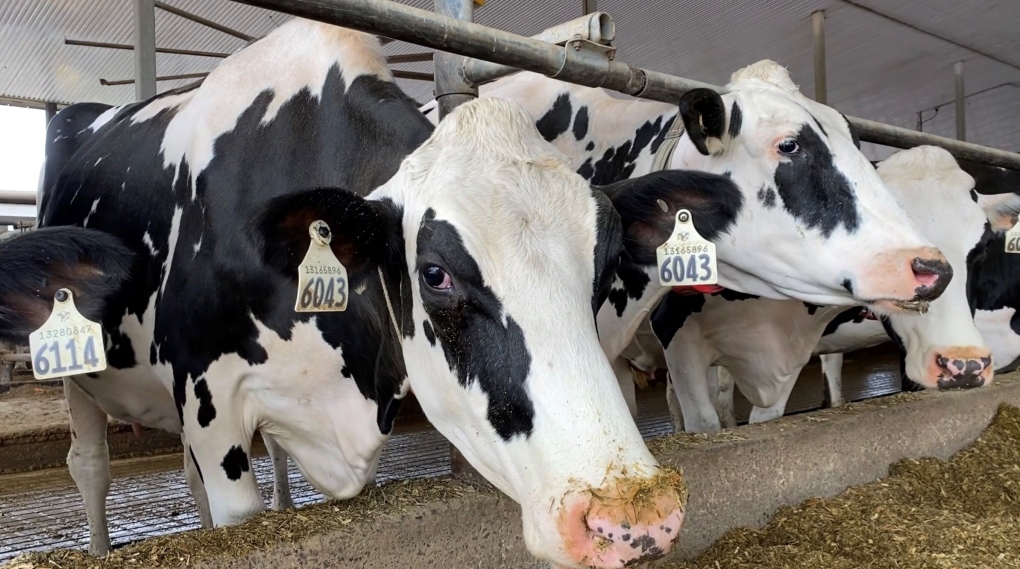 Travis McFadden wasn’t there when the farm his family had run for four generations was destroyed, nor did he witness the destructive power of the winds raging more than 120 km/h as they ripped apart his barn, sending it crashing down on the herd of cattle inside. Instead, he was racing home, hoping his family was safe.

“I pulled up to the barn and I thought my herd was gone. I thought the herd was completely gone. The community, the neighbours, my friends, family, everyone came out to help and we got everybody out. We only had a few casualties, but we’re blessed,” McFadden said.

A fourth-generation farmer, five of McFadden’s 150 head of cattle were killed in the storm. His barn was destroyed and the silos badly damaged.

Rescuing the cows from the rubble was only the first step towards rebuilding the farm; 70 of the herd needed to be milked, a near impossible task after the storm ripped through McFadden’s equipment.

“My head is just spinning, I haven’t slept in three days, I got so many things in my head I want to get done here, I just can’t figure out where to start,” he said.

But as has often been the case in the wake of the storm, it was neighbours, friends, and Ottawa’s tight-knit farming community coming to the rescue. The animals were quickly transported nearly an hour away to Cornerview Farms, where Jessica Schouten and her husband had eagerly agreed to take them in.

“We were just like ‘yeah, we will make room,’ so that’s what we did,” Schouten, a third-generation farmer continued. “I think 13 trailers came that night, in and out, they just kept coming, it was pretty impressive with all the neighbors that showed up to help them. I know there were some people that were helping that weren’t even farmers so hats off to everybody.”

Schouten took in 65 cows, on top of the more than 650 already on the farm, and more are on the way.

“My heart goes out to them, thank so much for taking the whole herd, it’s a bit of a nice blessing to have the herd together and they’re in nice hands,” McFadden said.

It means McFadden can now breathe a sigh of relief; his family legacy will continue and he can invest his efforts into rebuilding the farm, but Schouten downplays her role in the communal effort.

“We’re really just a reception area. We didn’t do much of the grunt work that night but I think we’ve got a little bit of work ahead to get the cows welcome and trained,” Schouten said.

“That’s just the way farmers are, they’re just people who are always open to help. I know if we were in a situation there would be a lot of people wanting to help us out too,” she added.