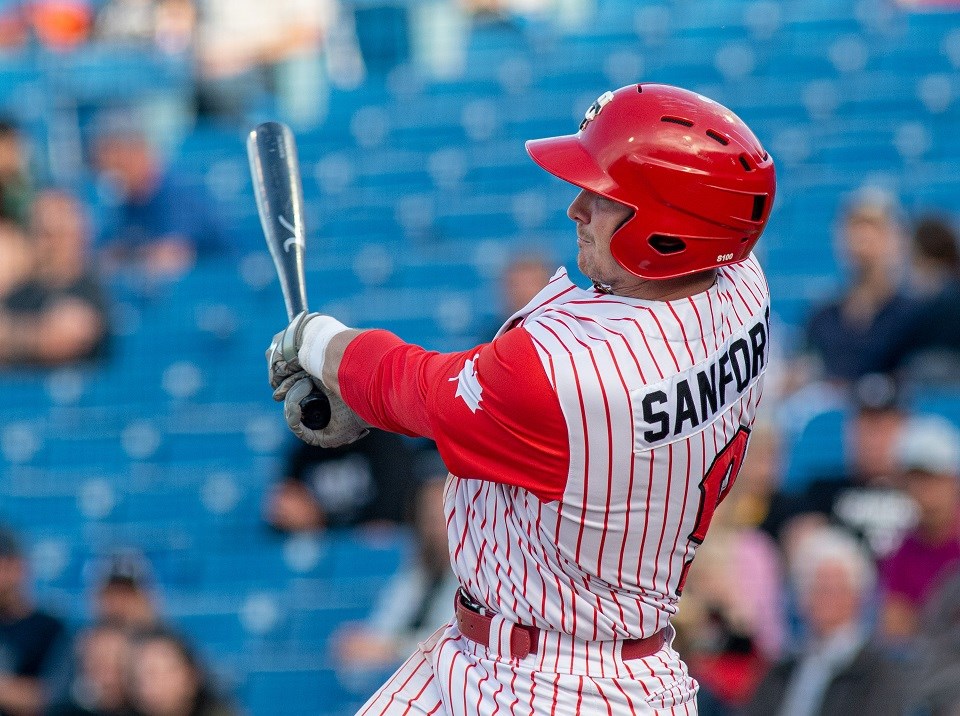 Winning their fourth straight game, The Titans go for the sweep with the finale of a three-game set on Sunday afternoon against the Empire State Grays at 1:00 pm from Ottawa Stadium.

The Ottawa Titans (51-38) had a 9-6 victory over the Empire State Grays on Saturday night, taking the series.

According to a memo, for a second straight night, the Grays jumped on the board first with a sacrifice fly from Willies Estrada in the second. Chris Burica (win, 8-6) allowed three hits in the second, with the final one coming off the bat of Paul Mondesi to score Trey Woosley.

Down 2-0, Jason Dicochea jumped on the first offering from Mizuki Akatsuzka (loss, 2-4) in the bottom of the second, belting a solo shot over the fence in left. Following back-to-back one-out hits from AJ Wright and Kai Moody, Liam McArthur brought home the tying run with a sacrifice fly to left.

Jake Sanford crushed his first of two homers of the night with one on in the third, making it 4-2.

The Grays got within one with a sac fly from Woosley in the fourth, cashing in a leadoff single from Manny Garcia.

Wright and Moody started a rally in the bottom half of the fourth, getting aboard for the top of the order. McArthur drove in his second of the night with an infield single. After a sac bunt put two in scoring position with one out, Clay Fisher flew out deep to centre, scoring two with a sacrifice fly. McArthur turned on the jets from second, hustling home to make it 7-3.

Burica would allow three straight singles in the fifth, leading to a one-out walk of Robbie Carling, bringing home a run. Garcia then made it a two-run game with a sac fly to center.

The Titans’ southpaw would get the hook after five, allowing five runs, on nine hits, and striking out three in the win.

After a run in the sixth, Sanford belted a solo homer to right to start the seventh for his 20th of the season, making it 9-5. With a 4-for-4 night, Sanford is 7-for-8 in the series, with four-round trippers.

Matt Valin tossed three shutout innings out of the bullpen to hold the lead before Matt Terrones came on to work the ninth. The Grays tagged Terrones for a run on three hits, making it 9-6.

Kevin Escorcia (save, 16) struck out Jose Mercado and Carling to lock down the ballgame.

Winning their fourth straight game, The Titans go for the sweep with the finale of a three-game set on Sunday afternoon against the Empire State Grays at 1:00 pm from Ottawa Stadium.

With an off-day on Monday, the club finishes the home portion of the regular season with three against the Trois-RiviÃ¨res Aigles.