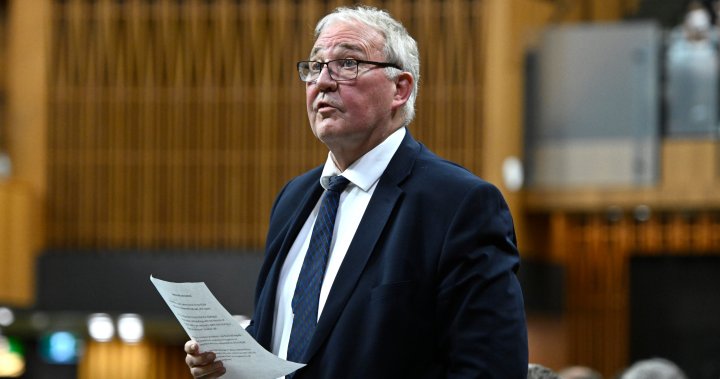 Ottawa had been working on its assault-style firearms ban months before the 2020 Nova Scotia mass shooting, but chose to announce it after the massacre took place.

The statement from Emergency Preparedness Minister Bill Blair, who was public safety minister at the time of Canada’s deadliest mass shooting in April 2020, came on Monday as he faced questions from MPs over alleged political interference into the RCMP’s investigation at the time.

“The work had actually begun in 2019 when I had done cross-country consultations… to talk about what weapons should be prohibited. The compiling of the list … it was several months of very hard work,” Blair said of the government’s ban on 1,500 assault-style weapons announced on May 1, 2020.

“The terrible tragedy that took place in Nova Scotia … was for me very impactful and all of the work we had been doing for months and years leading up to that moment, it certainly had the effect of deepening my resolve to move forward as quickly as possible.”

MPs on the House of Commons public safety committee met Monday to explore whether there was political meddling with the RCMP as it investigated the April 2020 shootings in Nova Scotia.

Just over a week after a gunman murdered 22 people during a 13-hour shooting spree, RCMP Commissioner Brenda Lucki held a meeting with top officers in Nova Scotia that was described by those in attendance as tense.

Supt. Darren Campbell, who was in charge of the investigation into Canada’s deadliest mass shooting, wrote in his notes that Lucki mentioned promising the federal government to release information about the weapons the gunman used.

According to notes taken by Campbell, which were released by the public inquiry into the massacre on June 21, Lucki said she felt “disobeyed” when those details were not shared, adding that the information “was tied to pending gun control legislation that would make officers and public safer.”

Lia Scanlan, an RCMP communication director, also told the public inquiry looking into the shootings that then-public safety minister Blair and Prime Minister Justin Trudeau were “weighing in on what we could and couldn’t say,” although she did not elaborate on what that meant.

Trudeau and Blair have adamantly denied there was any political interference and Lucki has repeatedly said she did not feel any pressure from federal officials. Blair and Lucki denied those allegations again on Monday.

— with files from The Canadian Press