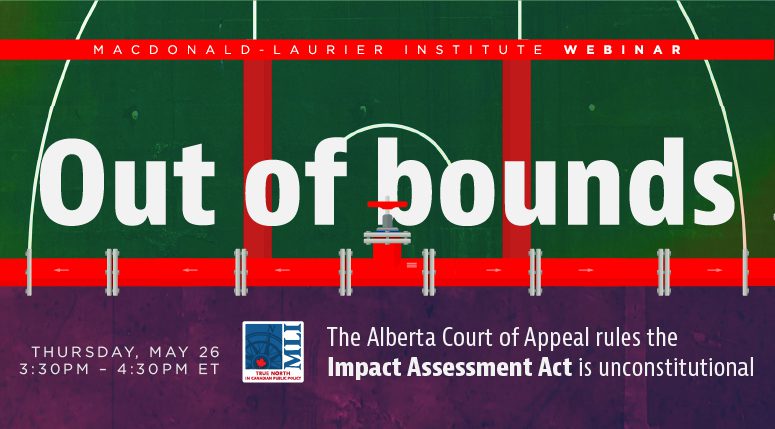 This month, the Alberta Court of Appeal found in a reference case that the Impact Assessment Act (IAA) was unconstitutional, on the grounds that it subjected intra-provincial resource development projects to a federal public interest assessment and federal veto power. The IAA was passed as part of Bill C-69, known colloquially as the “no more pipelines bill”, which prompted Western outrage in 2019.

This webinar will bring together experts to discuss the constitutional questions and implications of the case, the impacts on Indigenous rights, and the prospects for resource, and especially oil and gas, development going forward.