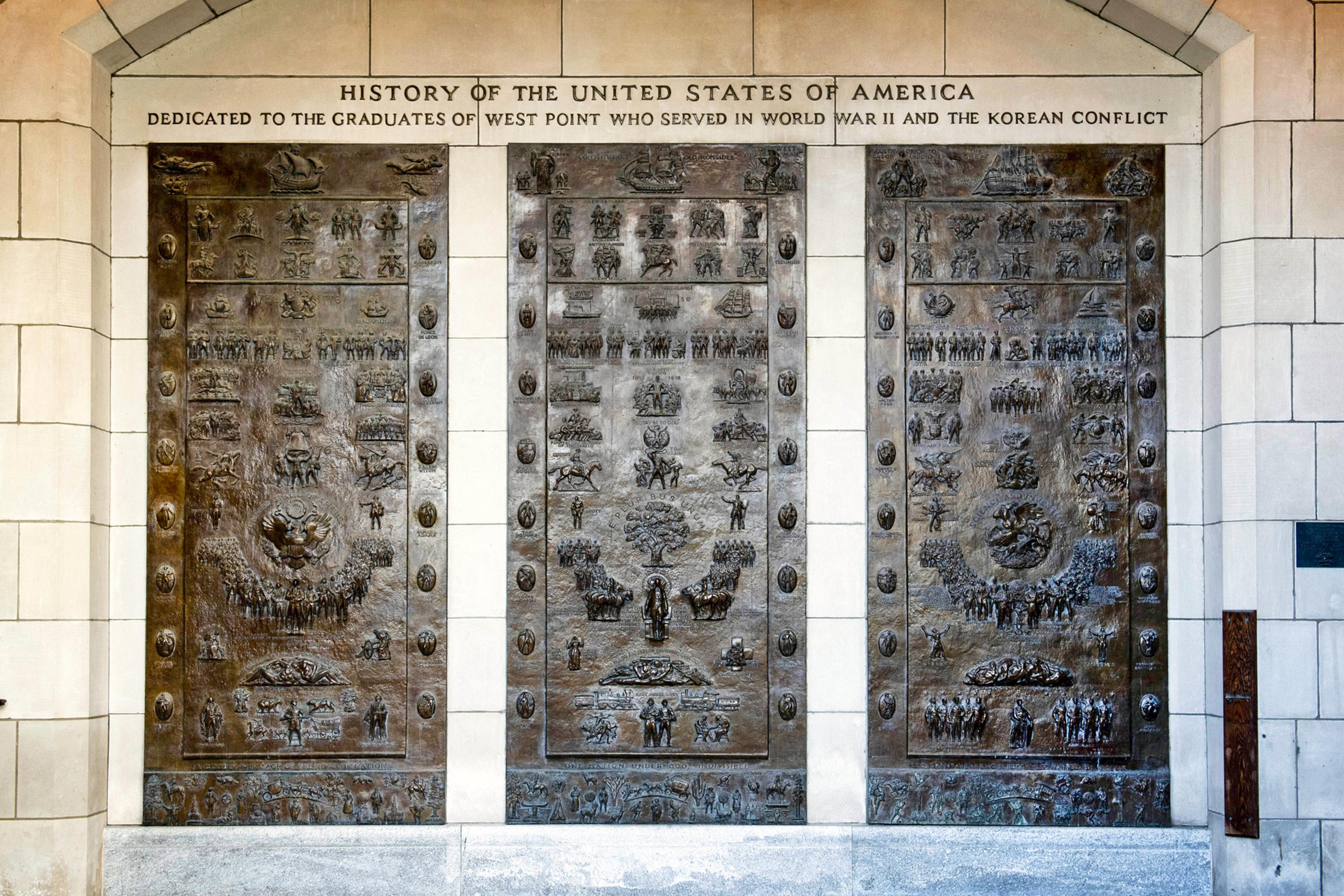 Now a commission created by Congress is recommending changes at the storied academy when it comes to buildings, places and memorials that include the names or images of Robert E. Lee and other Confederate officers during the Civil War. The commission also took aim at towering bronze panels in a science building that depict dozens of historical events and people, including a hooded figure above the words “Ku Klux Klan.”

The report from the Naming Commission this week on the US Military Academy and the US Naval Academy is part of the military’s broader efforts to confront racial injustice. The panel was created to identify Confederacy-affiliated military assets.

West Point said it was reviewing the recommendations and will collaborate with the Army to implement changes, once approved.

“As a values-based institution, we are fully committed to creating a climate where everyone is treated with dignity and respect,” the academy said in a prepared statement.

More than a half-dozen of the commission’s recommendations for West Point involve Lee, who graduated second in his class in 1829 and later served as superintendent at the academy on the Hudson River. That was before he resigned from the US Army to lead Confederate troops during the Civil War.

The commission recommended that Lee Barracks, Lee Road, Lee Gate, Lee Housing Area and Lee Area Child Development Center all be renamed. Also, a portrait of Lee in his Confederate uniform in a library building should be relocated or removed.

And Lee’s quote about honor at the academy’s “Honor Plaza,” should also be removed, the panel said.

The report said Lee’s armies “were responsible for the deaths of more United States soldiers than practically any other enemy in our nation’s history.”

Two other Confederate officers in the commission’s crosshairs were West Point grads PGT Beauregard and William Hardee. The panel called for Beauregard Place and Hardee Place to be renamed.

The commission also found issues with a trio of 11-foot high bronze plaques at an entrance to Bartlett Hall, which depicts dozens of historical people from Benjamin Franklin to Clara Barton.

The panel said the triptych, dedicated in 1965, should be modified to remove the names and images of Lee and others who served in the Confederacy. The commission also noted that toward the lower left of one of the plaques is the image of an armed man in a hood, with “Ku Klux Klan” written below.

The panel said that while the KKK image is not strictly within its Confederacy-focused mission, “there are clearly ties in the KKK to the Confederacy.” They encouraged the US defense secretary to address military assets that highlight the KKK.

West Point said in a statement that the artist, Laura Gardin Fraser, wanted to document “both tragedy and triumph in our nation’s history.” In a guide to the work, the artist referred to the KKK as “an organization of white people who hid their criminal activity behind a mask and sheet.”

The estimated cost of addressing the recommendations is more than $420,000 — with $300,000 of that for changes to Reconciliation Plaza, which includes a series of markers illustrating acts of reconciliation between the North and South. The panel said engraved images that commemorate people who served in the Confederacy should be removed.

The panel said Confederate memorials didn’t crop up at West Point until well into the 20th century with the rise of the “lost cause” movement, which emphasized the supposed nobility and righteousness of the South while downplaying the fact that the Confederacy was meant to perpetuate slavery.

Seidule, who headed the history department at West Point and is now a professor at Hamilton College, said this is an opportunity to rename military assets like Lee Barracks for “true American heroes.”

“I don’t know who that’s going to be,” he said. “But it will be somebody who fought for their country, not somebody who tried to destroy it.”