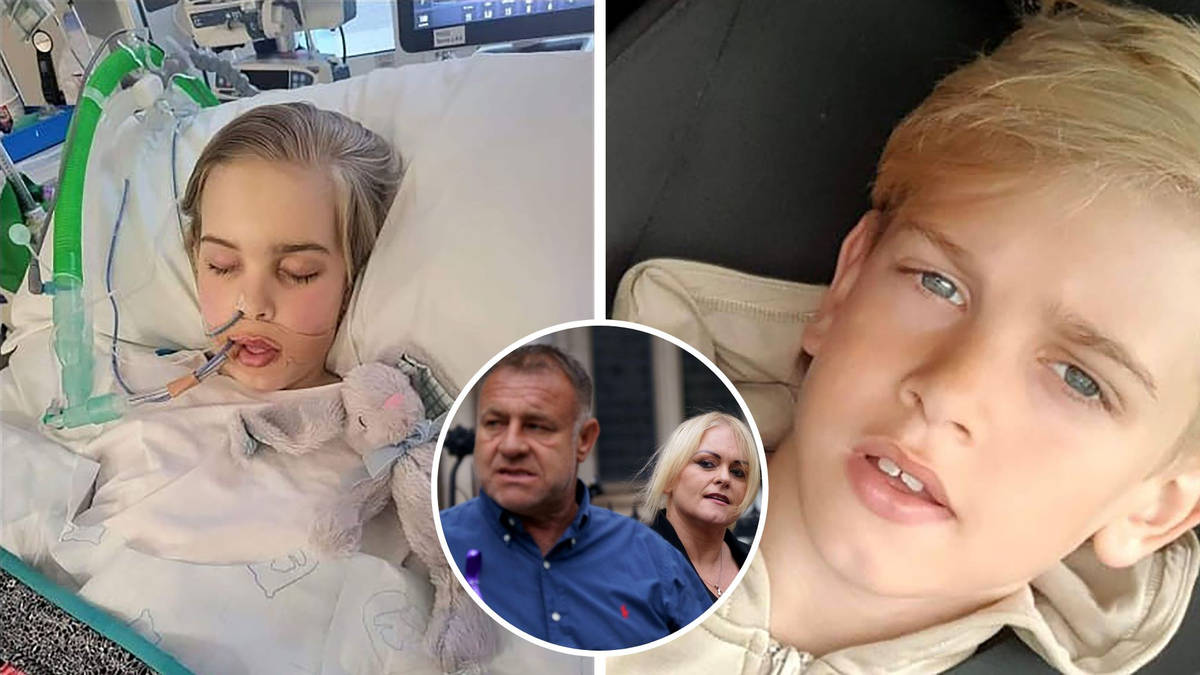 The parents of brain-damaged Archie Battersbee have failed to persuade the Supreme Court to intervene in a life-support treatment battle to keep their son alive.

The Court of Appeal earlier this week upheld the High Court’s decision to withdraw life-support treatment for Archie.

However, Archie’s mum and dad – Hollie Dance and Paul Battersbee – asked Supreme Court justices to give them more time to carry on their fight for their son.

Judges previously heard how Ms Dance found the 12-year-old unconscious with a ligature over his head on April 7. She thinks he may have been taking part in an online challenge.

The youngster has not regained consciousness.

Ms Dance and Mr Battersbee want the United Nations to consider the case after losing fights in London courts, arguing it has a protocol that allows “individuals and families” to make complaints about violations of disabled people’s rights.

They wanted Supreme Court justices to bar hospital bosses from stopping life-support treatment until they have had time to make an application to the UN.

But three justices on Thursday refused their application.

A spokesperson said the court “has great sympathy with the plight of Archie’s devoted parents and recognizes the emotional pain which they are suffering” but refused after considering the Court of Appeal’s judgment.

A statement read: “This afternoon, 28 July 2022, the Supreme Court received an urgent permission to appeal (PTA) application in the case of Archie Battersbee.

“The parents of Archie Battersbee filed their application to appeal to the Supreme Court earlier today. They were seeking a stay of the Court of Appeal’s decision to allow withdrawal of life-support treatment from their child.

“Aware of the urgency of this matter, the court agreed to a panel of three justices who considered submissions from the parties ‘on paper’, in the usual way.

The earlier Court of Appeal judgment came despite Archie’s dad being rushed to hospital shortly before the ruling.

Appeal judges were told on Monday that Paul Battersbee, who is in his 50s, was feared to have suffered a heart attack or stroke outside a courtroom at the Royal Courts of Justice in London.

Lawyers representing Archie’s parents had asked appeal judges to “stay” the termination of treatment to allow time for consideration of an application to the European Court of Human Rights (EHCR) in Strasbourg, France.

Appeal judges imposed a stay on the termination of treatment and said Archie’s parents could have until 2pm on Thursday to make an application to the European court.

However, a campaign group supporting the pair indicated that Archie’s parents wanted to approach the UN rather than the European court.

“The UK has joined the Optional Protocol to the UN Convention on the Rights of Persons with Disabilities, which gives individuals a right to complain about any violations of the Convention to the UN Committee,” a spokesman said.

“The committee has previously criticized the UK system of authorizing withdrawal of life support from disabled people based on the court determination of their best interests rather than on their own wishes.”

Lawyers representing Archie’s parents argued, in their Supreme Court application, that by making a stay which only allowed an application under the ECHR, the Court of Appeal wrongly subjected them to “pressure not to adopt one international human rights procedure over another”.